Hi I have been discussing the techniques for fixing bad Nebari from Grafting to Ground and Air layering. Can you show us your techniques and results.
What species have you corrected Conifers, Deciduous. How long before the results look natural.

This is a mediocre trident maple I did. The grafts took and its made a big difference.
I trided to ground layer to improve the nebari. The roots only took on one side though.

I used seedlings and thread grafted them into the spots I wanted roots.

I wired a few roots and now its set to plant.

I planted this on a nursery container bottom I had cut out. I inserted the stub of the airlayer into the center.
Then allowed i grow wild for a year.

The result was excellent. The nebari is now 360 degrees and simply needs to thicken up a bit.

The tree must be stabilized in the pot very well in order to allow no movement. I did some pruning of the bonsai, but I left the seedlings to grow wild. About mid season I began to prune them a little.

Next year we will see how the surface roots have thickened.

Hope this helps. PM me if you'd like even more detail.

Thats Great Neil thanks.
Here is a technique that I have tried. I slipped saplings through old cd's and grew them out in the ground for a couple of years. Some worked and some failed 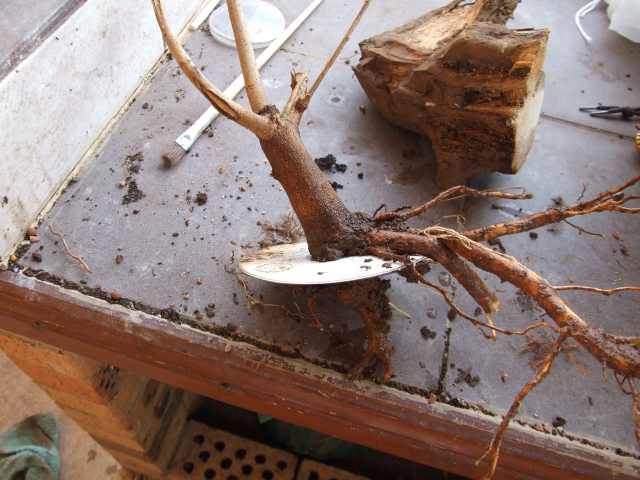 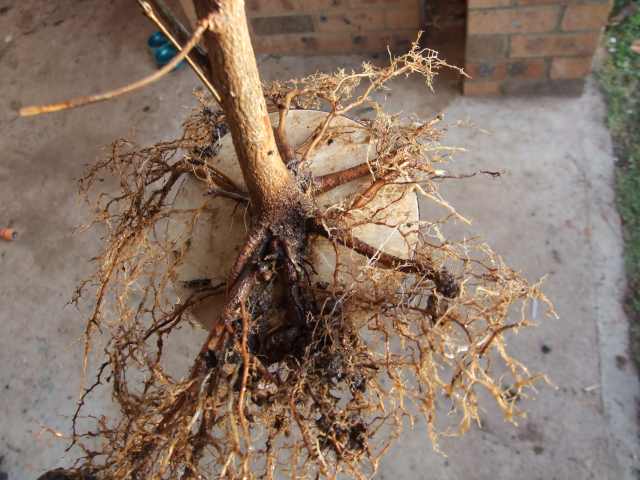 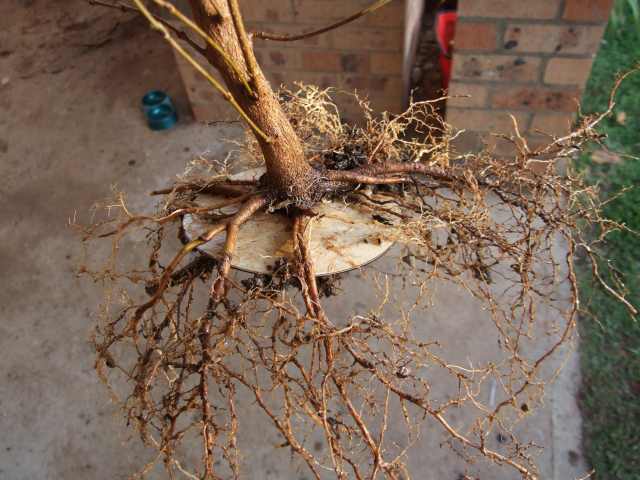 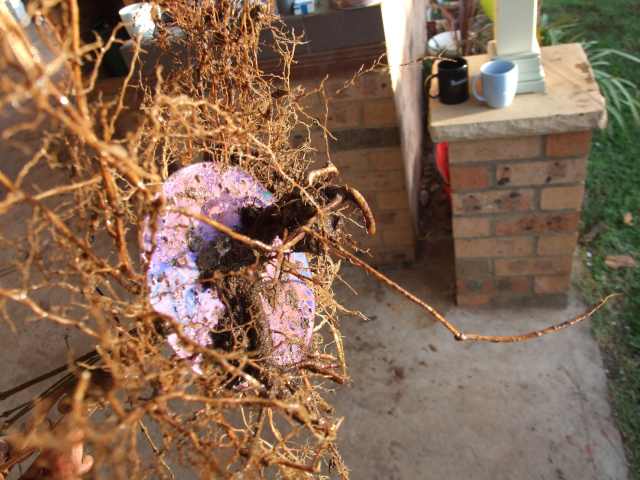 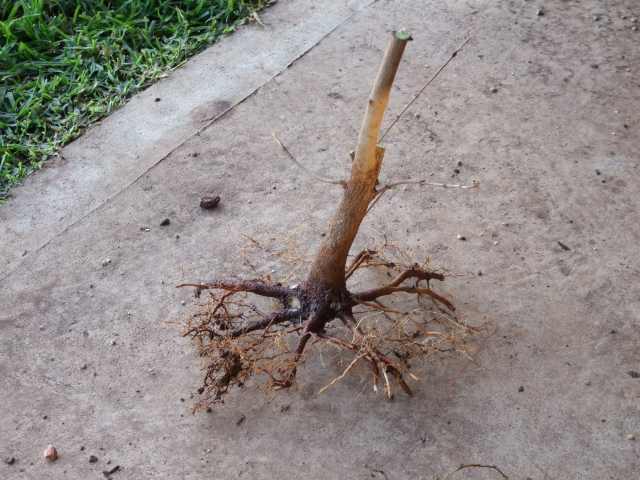 I have to ask. The way I learned it was that you pretty much select trees to bonsai based on the existing base. THEN, you worked on taper and top. The base is THE tree.

Why then, spend so much effort putting a base onto a tree that has absolutely nothing to say?

Seems to me a lot of work being put into something that may not work out, work that could better be put into finding a tree with a decent base at the start and making a bonsai out of it.

If you grow trees from seedlings, what Brett does is exactly what one needs to do in order to eventually get a good root spread (nebari) for a bonsai (the techniques to grow a good nebari may vary, but the end result is the same). And thread-grafting seedlings at the base of an older plant is also a very useful technique to improve the nebari, specially in collected material (yamadori), which often have exquisite trunks and deadwood but awful root spread!

Brett Summers wrote:Thats Great Neil thanks.
Here is a technique that I have tried. I slipped saplings through old cd's and grew them out in the ground for a couple of years. Some worked and some failed

Same results here with this technique. Note that it worked very well on a JBP.

Jim,
To answer your question, because bonsai is also about learning new techniques, it is about improving upon the material you have available.

How in the world do you think many many great trees got such great bases and nebari? Did a person go to a nursery and simply find a tree with an award winning base?

I have some tridents with spectacular bases, but I can guarantee you that they were achieved by grafting.

I am certain that you, like many others may have a few trees in your collection that could benefit from some of these "advanced techniques". Or did you go out and select only trees with great bases already

Brett,
The cd thing does work really well. So do steel washers. what are some species you've tried? I have seen tridents grow an almost fused plate like nebari using the washer trick.

So what would you like me to say? I don't care to graft branches or roots. End of THAT conversation.

I will -- and do -- occasionally air (or ground) layer all or part of a tree's base, but that's just a simple gardener's technique -- not one of those "new" techniques. I've been layering plants for 45 years.

I will continue to maintain that you'll get a better tree if you only work on those that start with decent bases and not some sawed off cutting that you try to transform into a "natural" wonder. If that means you have fewer trees, that's probably better, anyway.

Sorry if I didn't please you. I asked a question and wudl have preferred a better answer.

Marion's answer was useful, so thanks, Marion.

"I don't care to graft branches or roots. End of THAT conversation"

Why bother posting a reply to a grafting question if that's all you have to contribute. That was a rhetorical question.

Its that kind of helpful input from the "experts" that people really don't need.

Since I used the CD's I have been instructed that the washer is a better idea as there is less chance of one root becoming dominant by getting to the edge of the cd and growing down long before any others as happened with the Chinese Tallow pictured above. This is how Matthew Ouwinga sets the roots on all his tridents that he grows from seed before he puts them in the field to grow out.

Peter Adams suggests to use a china plate with holes drilled in in the centre for the sapling to go through and holes all around the outside to tie and position the roots that form exactly
I would love to see the results of this with JBP
I have started an air layer on a JBP Kotobuki. It was only done today at the start of Autumn here. (yes I better set the profile for Australia) It will be removed come spring ready or not

What I have been suprised about is the prejudiced opinion that bad roots can't be fixed. We air layer to start new plants but when we come across good stock with bad roots it is thought to be too hard to correct. I would not advocate that we are sloppy with creating good roots on the stock we grow and worry about it later but mistakes happen and people are happy to remove all the branches of a tree and start again but seem to snub their nose at any material that needs new roots.

I hope people keep posting examples of all the techniques they have used. It does not have to be new techniques but a comprehensive list would be great. In fact what is most hard to come across is examples of how these techniques turn out in the long term.

I remember the Post by Kev Bailey of his Hornbeam that he ground layered and he has been good enough to re post it here.

https://ibonsaiclub.forumotion.com/bonsai-f1/ground-layered-hornbeam-updates-t1660.htm#14848
Although a great example I would have hoped for better results after 9 years. The last post is a year or so old so maybe Kev has an update for us.

Here are some examples of Bonsai that have new Nebari
https://2img.net/r/ihimizer/g/baseq.jpg/
The double Picture of the Beech From Bonsai Focus no#115 shows a Tree air layered first one year after then 4 years after at what to me is a very showable result and finally 9 years later and what I would describe as near perfect nebari. What would it matter what the base looked like before it was ground layerd off. Then a Willow leaf fig From Knowledge of Bonsai that can be seen here
http://knowledgeofbonsai.org/articles/shohin/the-willow-leaf-ficus-%E2%80%93-the-best-ficus-for-shohin-bonsai/
2 years after having the roots replaced.
It seems that willow Leaf fig tend to get fat roots maybe it is a good idea to create the roots last on this species to keep them finer

This weekend I spent time with my mother-in-law. She has loved and worked with bonsai for over fifty years. I spent time showing her the nebari work I have done on some of my trees using grafting, wiring, layering, etcetc, some of it similar to the work pictured in this thread. Her remark was that "this kind of thing was never done in the past"....which of course is not true. Discretion kept me from saying so. I have to say on the forum though that dismissing this kind of nebari work out of hand seems to me to be willfully ignorant if not condescending. These techniques are not new in bonsai and should not be dismissed. As with all art, sometimes the magic works and sometimes it doesn't. We all have much to learn technically and artistically. Thanks for allowing me to rant and thank you for the images. Regards all... 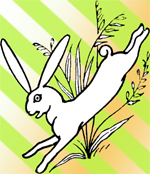 Brett,
Right on with the washer. Matt is a very good friend of mine, and I've worked at his place for a few years. He has used the washer technique very successfully to create some great bases in relatively short time frames. It takes awhile before the new roots above the washer are ready for the ground though.

I too have seen the beech example. I believe the gentleman advised doing the layer in the early spring as buds were swelling. I trided this last year on an acer palmatum var. shishigashira aka lions mane maple....limited success (2 out of 9). He also used a tourniquet and a removed a much smaller area of bark.

I have 5 of these trees that are simply huge, many primary branches that are 2 inches in diameter. This year I'll be repotting all of them and doing more airlayer after the 1st leaves harden.

Have you seen these articles at http://www.bonsai4me.com/ ?

Developing A Multi-trunk or Clump-Form Bonsai

I posted this Scots Pine back in the Summer. When I got it I had in mind a semi cascade. After removing it from its large collecting pot, to transfer to something smaller, I soon realised it had been planted quite deeply to hide some bad inverse taper. I have collected a dozen Scots Pine seedlings to graft higher up in the hope I can remove the long thin root beneath. I'm hoping to bump into Peter Warren at a show in Bath, where he will be discussing grafting techniques. 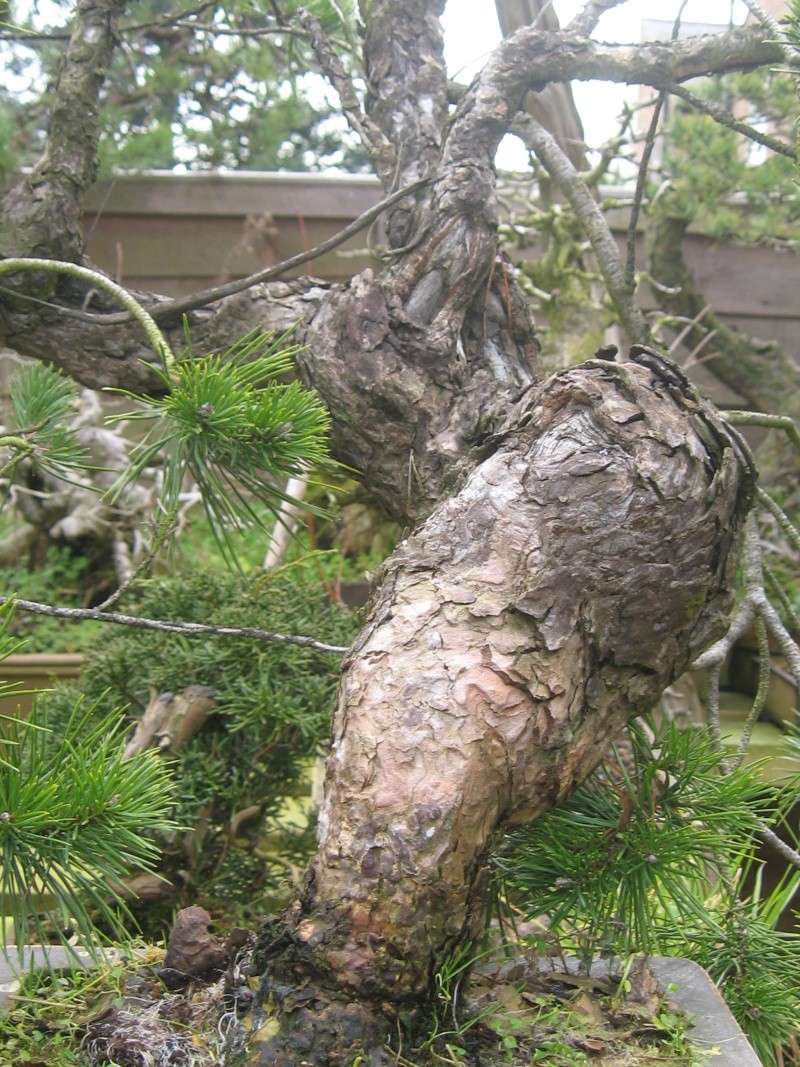 A closer pic of the problem. I will post my results during the year. 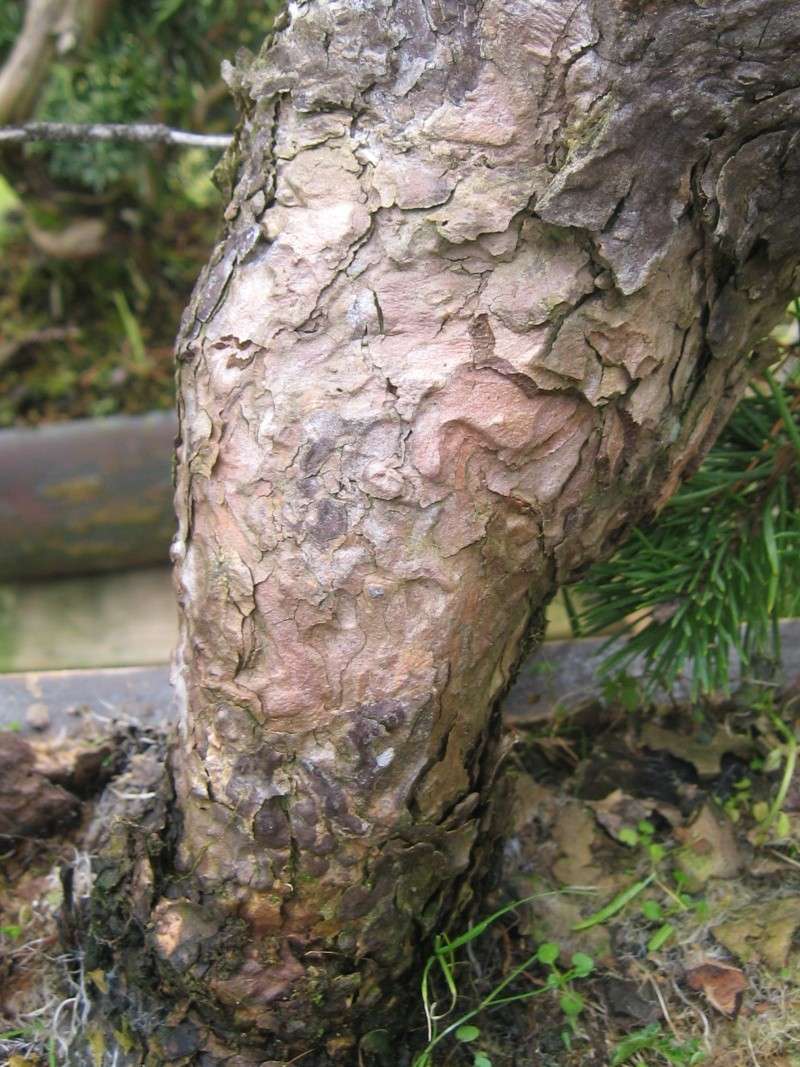 my first time trying this in a pot....i have tried this with elms in the ground with good results
https://ibonsaiclub.forumotion.com/bonsai-f1/small-elm-broom-t2116.htm
andy

Jpb treated with this technique. Sorry for the blurry image.

Thats a shocker Will. So I guess the seller is your favourite new vender

Thanks for the picture Alain. That looks like pretty fine results. Should see great things from a start like that.

Similar topics
» Nebari first or branches and Nebari work simultaneously ?
» Nebari? Where to from here?
» tokonoma improvement
» A acerola e o Nebari
» NEW GREENHOUSE SETUP, WHAT DO YOU THINK? IDEAS FOR IMPROVEMENT?