Stones found in the water ...

Stones found in the water ...

Hello My Friends - Members IBC Forum ,
It is the stones described MOUNTAINS following :
( Should we keep the traces of living organisms on the surface of them ...??? )
Thanks for your enjoy and share your experience ...
Sincerely ,
Hưng - Trần .
Landscape stone No 1 : 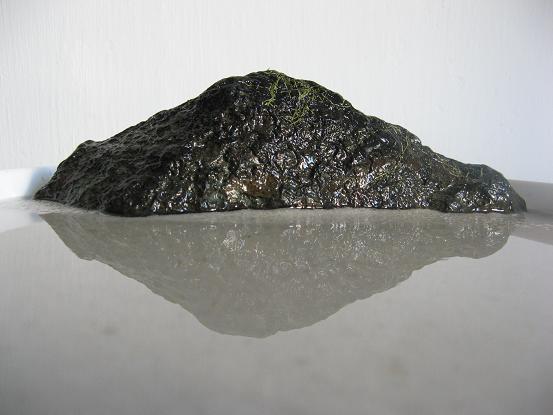 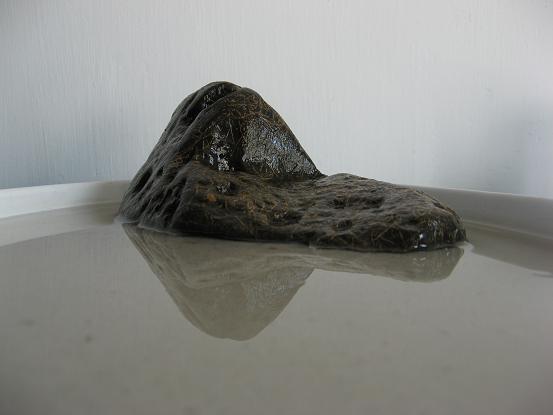 Nice stones...
Seaweed leftowers, should be cleaned off, as suiseki is clean stones.

Re" Stones found in water

*or one year in sun*

Hello Yvonne ,
Stonener ,
Thanks for your comments and advice .
I know this is a fresh water algae , I can get it to clean under your guidance ... But I like to keep a little algae on the rock for fun eyes ... when I look at it .
And here ( below ) is also a fresh water algae :
1 . DOHA - ISHI ??? 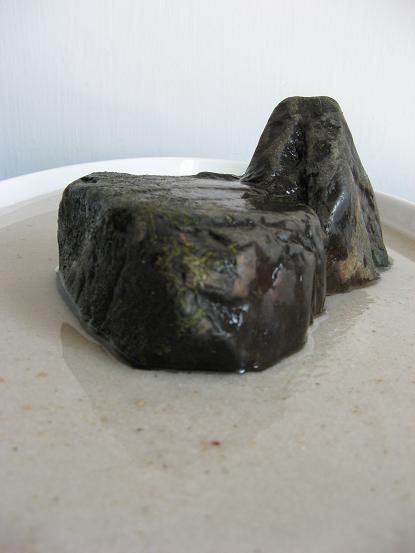 2. A fresh water algae on the surface of stone : 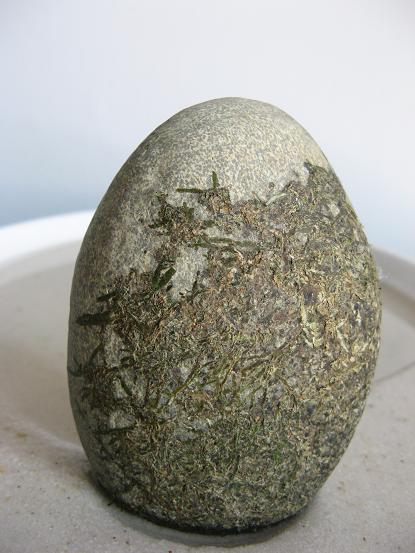 sure, for now they look nice, but wait for them to dry out and turn into a dirty green crust...

Hello MARAGA ,
Thanks for your feeling comments .
_ When it is dry : 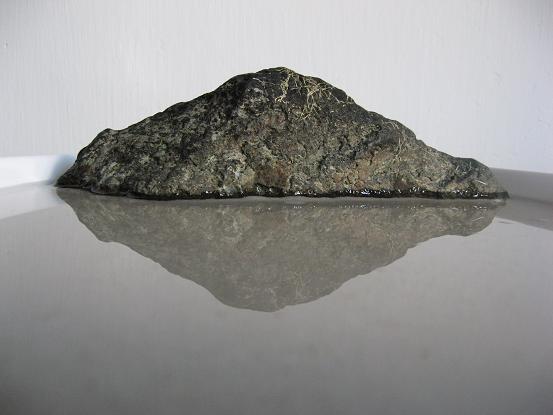 To leave algae on the stones has nothing to do with suiseki. But you can ofcourse do what you please.

Hello Yvonne ,
Do you see the landscape stone No 1 is DOHA - ISHI ?
Another reason for me to keep the algae on the rock : Because now I am very curious about the type of this freshwater algae ( they often live at the bottom of the waters run very strong and very fast ... )
Thanks for your comments and guidance .
Sincerely ,
Hưng - Trần .

Hello Hung Tran,
Some thoughts.
The wet stone with algae gives us a nice feeling of coolness like the garden stones in a shaded garden,
or the suiseki who are placed in a suiban with water during summer and develop some green during that time.
The idea of a rock washed by a natural stream is lovely to.
The image as mountain stone however is disturbed by the weeds, the stone gives us a smaller image like a rock
washed by the waves.
Algae can give the stone some yoseki as they make the stone darker by the natural acids.
Before display inside, the stone should be cleaned to show the gained yoseki and the mountain image it has as well.
On the last picture the egg shaped stone has a nice pattern gained from the dried algae ofcours, but in the Japanese suiseki tradition this added features are not used, i can however imagine this objekt would be nice in an informal display, sort of natural okimono.
Sunip 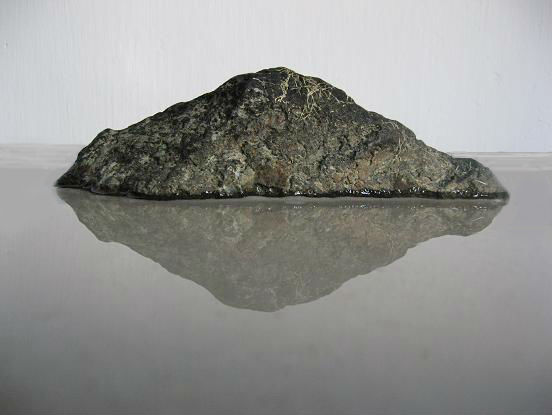 Hello Sunip ,
Thanks to the experience and knowledge of your .
Sincerely ,
Hưng - Trần .

I have to admit, your stone look nice even when dry with these algaes on

Hello Maraga ,
I believe that your feelings are impartial and accurate .
Thank you very much .
Sincerely ,
Hưng - Trần .

Hello My Friends - Members IBC Forum ,
With the type of this algae ( freshwater algae ) ... , I have cleaned algae by hand with a metal fiber brushes and put the stone under running water . Now I get the results as shown in the photo below :
1. 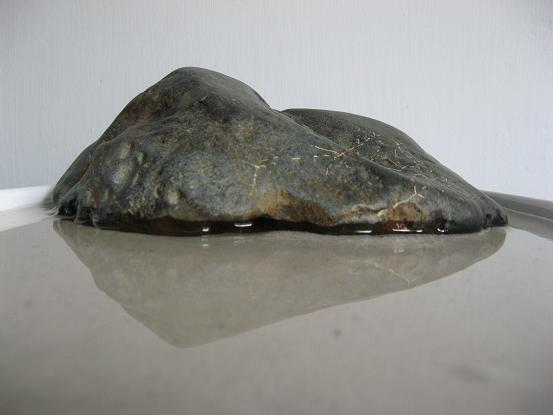 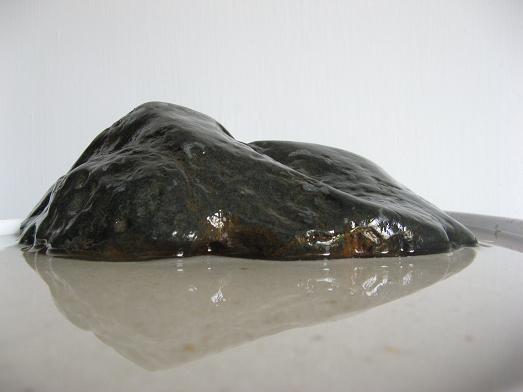 It is a good result ?
Thank you your feeling and your share experiences .
Sincerely ,
Hưng - Trần .

Hello Hung Tran.
The stone has imaginative features.
I hope you used the brush only in a light way because when one uses a metal brush the patina-yoseki is destroyed.
Sunip

Re: Stones found in water

Hello Sunip ,
Stonener - My Friend ,
and all Friends - Members IBC Forum ,
And with a landscape stone following ... , I had to clean a algae on the rocks with a nylon brush .
Many thanks for your note in time .
Sincerely ,
Hưng - Trần .
1. 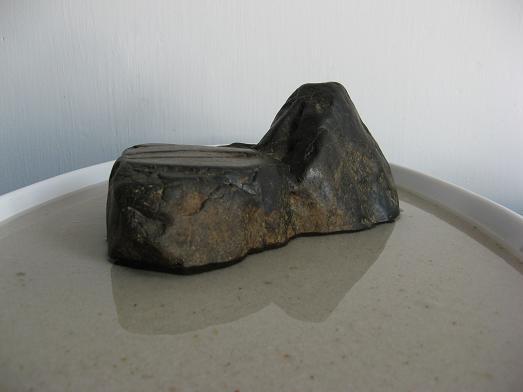 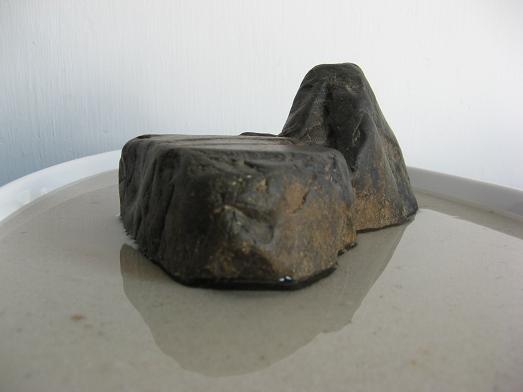 Re: Stones found in water

Hello Hung Tran.
Thank you for posting.
The picture shows an interesting side of the stone
but as a front the long side, as shown with the red line, would maybe more suitable in a display?
Can you give us a picture from this side and the backside, this would be important for reason of display?
Sunip 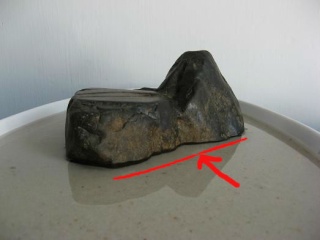 Hello Sunip , and Stonener - My Friend ,
Thank you very much your attention and your recommended ...
_ 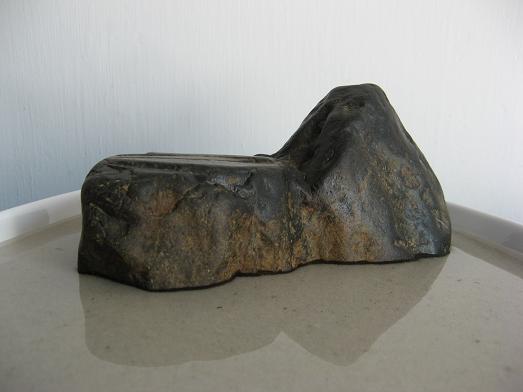 Do you like the position taken this photo ?
Sincerely ,
Hưng - Trần . 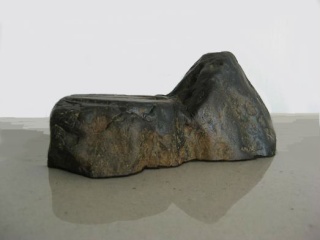 Hello Sunip ,
Stonener ,
and all Members ,
Now I send continue to you 2 stones were cleaned algae ... as follows :
1. 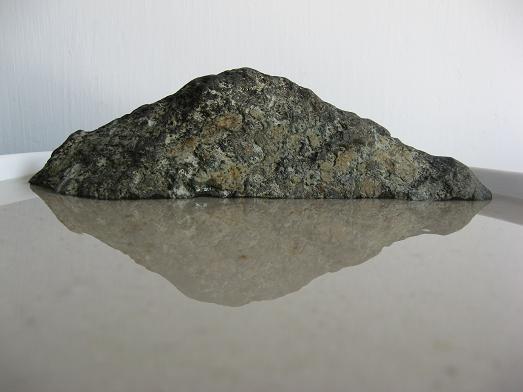 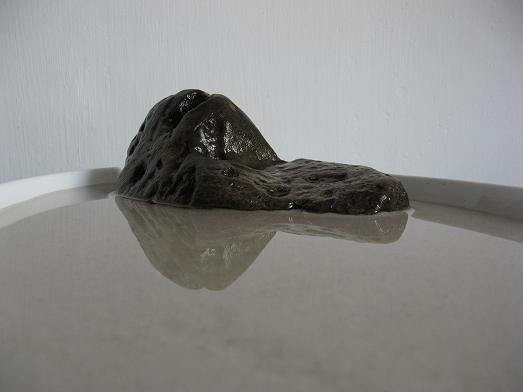 Many thanks for the time and care about your feedback .
Sincerely ,
Hưng - Trần .

trantanhung_nt wrote: Hello My Friends - Members IBC Forum ,
It is the stones described MOUNTAINS following :
( Should we keep the traces of living organisms on the surface of them ...??? )
Thanks for your enjoy and share your experience ...
Sincerely ,
Hưng - Trần .
Landscape stone No 1 :

Hi Hung,
These mountain stone are very nice. They have great skin and texture. Do they have natural bottom or they have been cutted?? 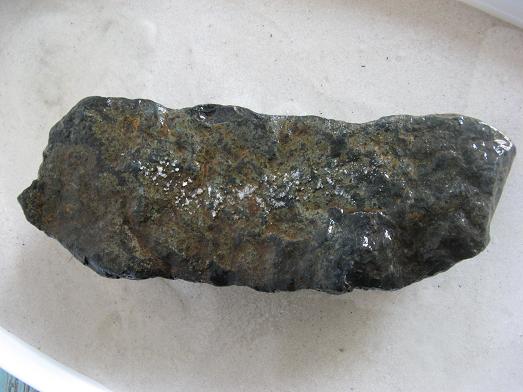 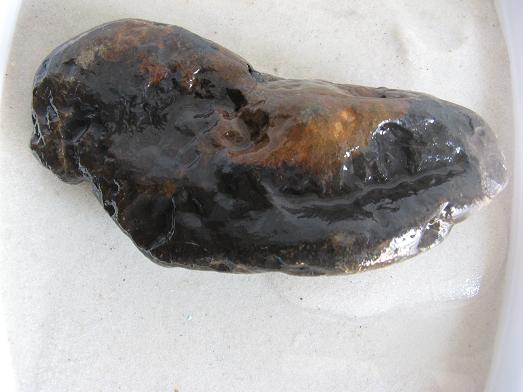 Thanks for your question and share .
Sincerely ,
Hưng - Trần .

Hello Hung,
They are beautiful stones and even better now, especially that I know they are all natural. Thank you for showing them to me.

Hi Hung Tran... I like your stones, & I like your gut feeling. It would be easiest to simply put the the rules (of suiseki) ahead of your impression.

Often, Sunip responds as an onlooker without need to close his impression within rules of suiseki. For Sunip, it is great. For you, it is great. For less serious enthusiasts, it can be less successful in conveying style. Most enthusiast who avoid rules seldom convey "less is more."

I received a viewing stone from Yuji Yoshimura's 'suiseki' collection in 1995; it had been sitting under Yuji's bonsai bench. In many crevaces were lichen that I thought attractive. Still, I believed suiseki were supposed to be "clean" except for an aged skin of slow weathering.

Asking a friend his impression, he asked if I saw the lichen as debris or if the lichen suggested age & timelessness for me as it did for him. Well, I hadn't considered WHAT the the lichen represented since it wasn't in the suiseki canon. After our conversation, I realized that my friend saw something fresh. His enthusiasm appealed to me. Perhaps, I liked the lichen as much as the stone. As winter approached, & the stone required protection from freezing, I had to rethink my lichen lust.

Today, I encourage modest lichen on rare stones that favor the growth... and it is a special joy to water (or withhold water from) those stones & manage the growth through various seasons & over years.

Still, it is a bit frightening to think what some stone enthusiasts would demand that we appreciate. That we gently appreciate lichen or algae on a viewing stone crosses the line if you are looking for lines in suiseki practice.