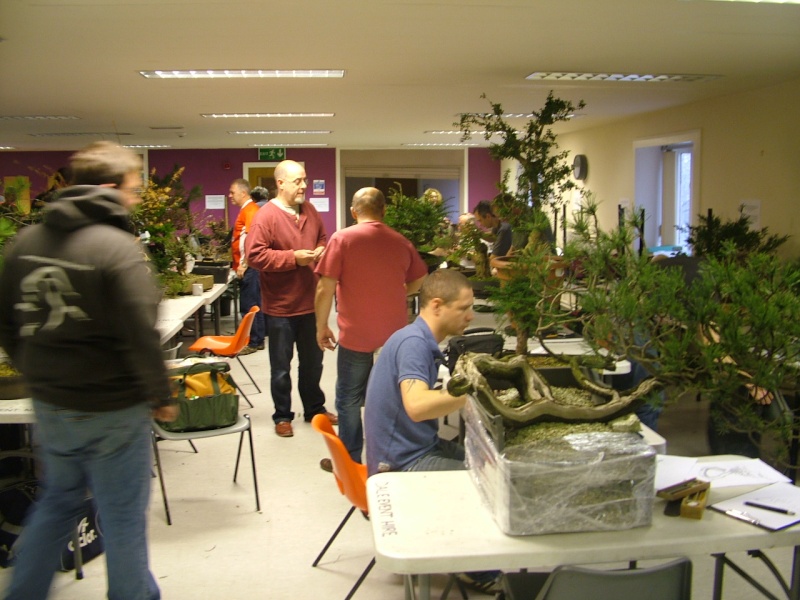 Hi chris,
Thanks for posting. Keep them coming.
Enrico's birthday today. He kept that quiet. I think we all got the gifts though.

Well the weekend starts 4pm on Friday and these last few years most are on site from then, we then just do Bonsai 24-7 untill Sunday at about 3.30pm!!!!!!!!

Keith with the difficult tongue out wiring thing 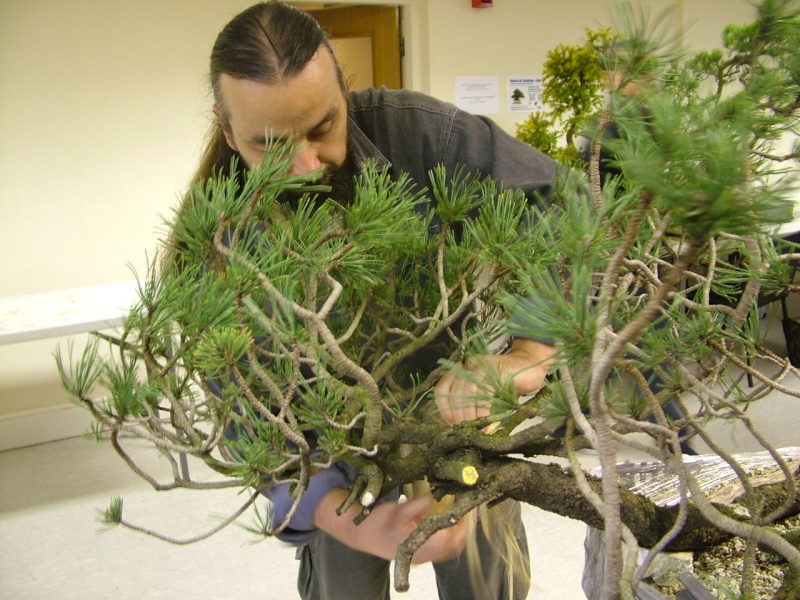 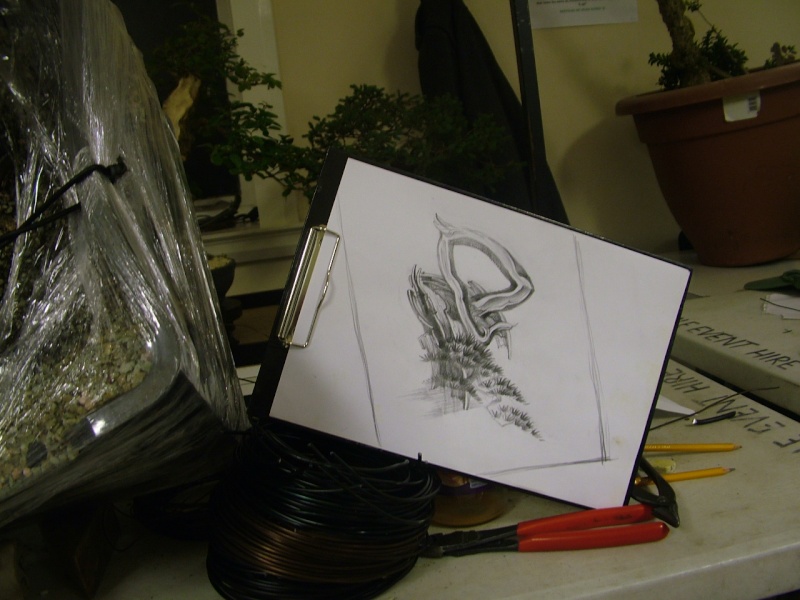 Pavel,
you made a grown man cry with transforming this tree for me. 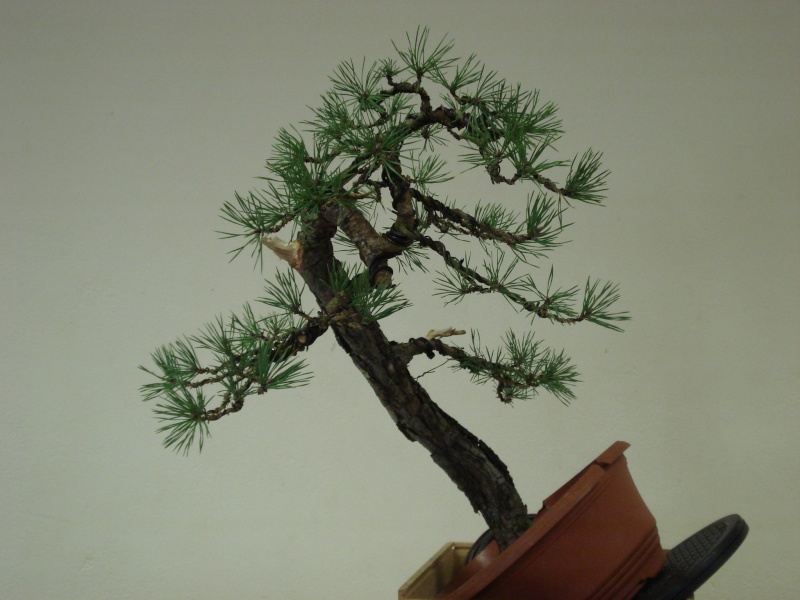 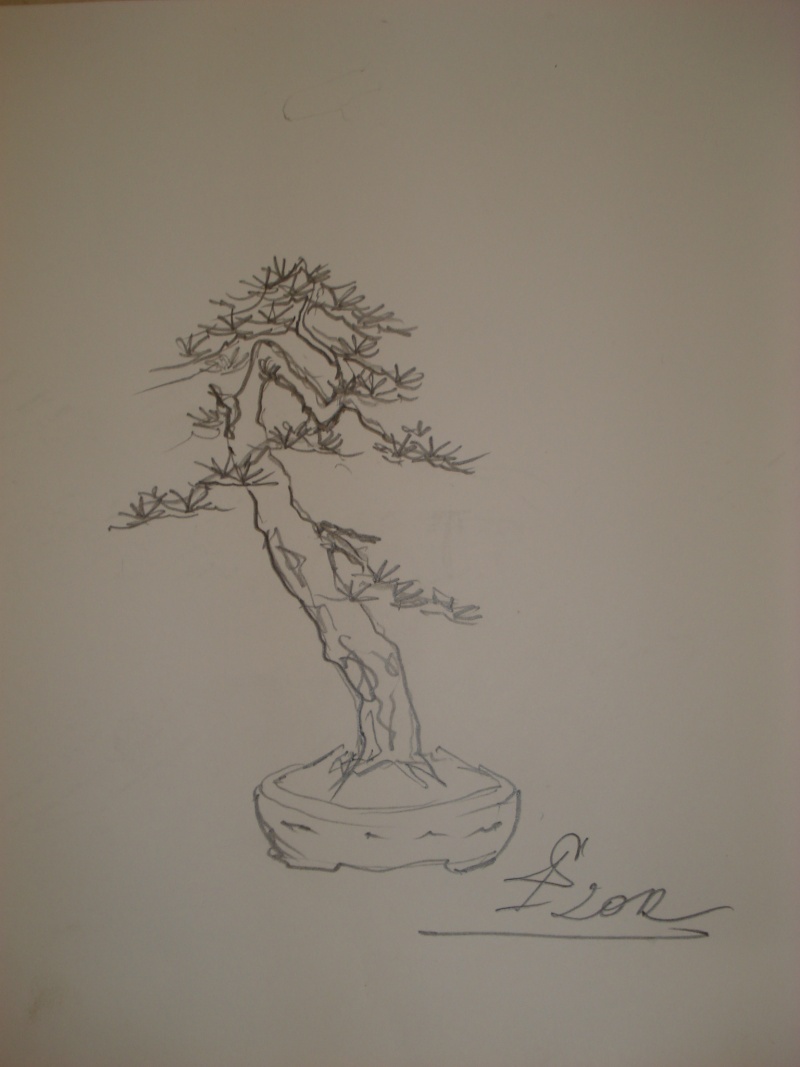 Jerry wanted to see what he could do with his yew 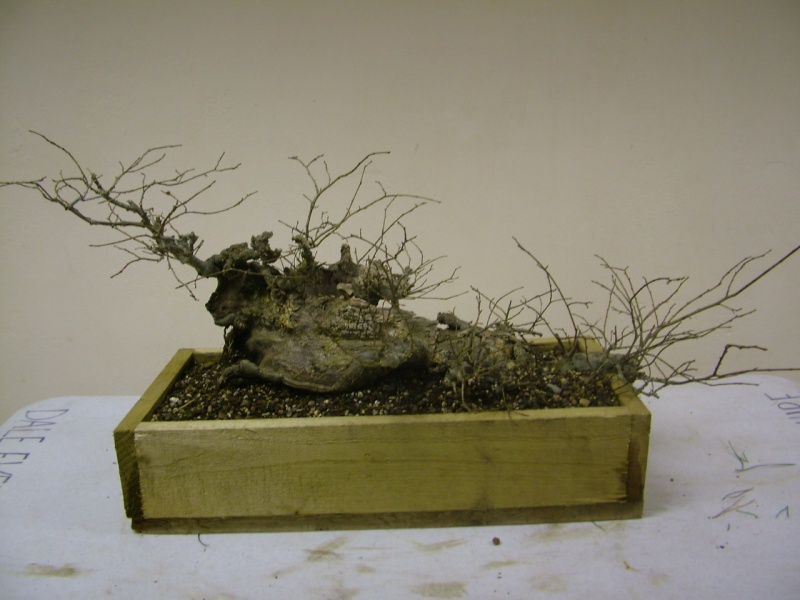 Will decided this was the main tree he would like to work on this weekend, now there is a surprise

Smithy( of which there will be lots more of later), come up with agood hunk of escalonia 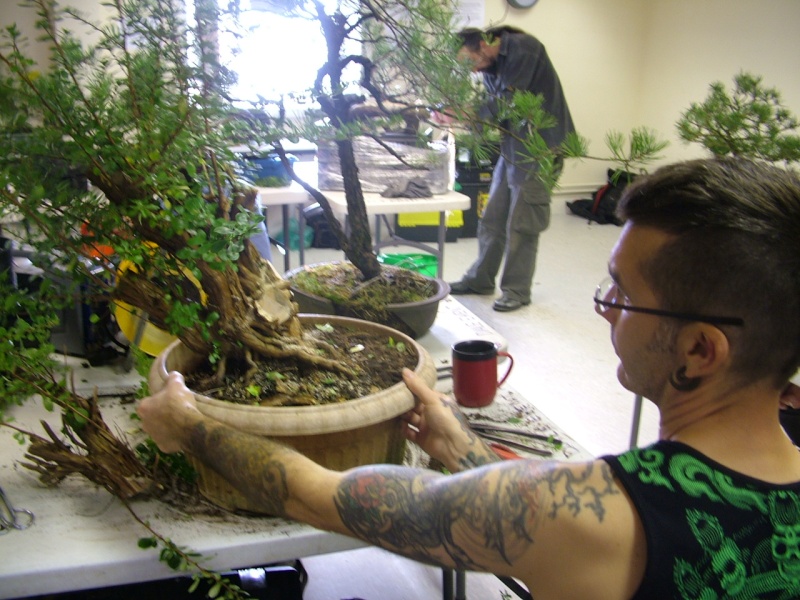 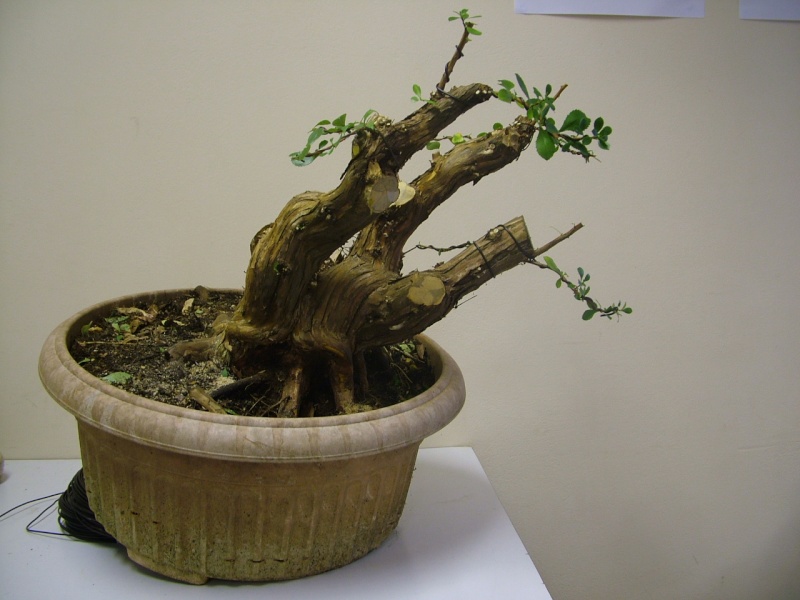 Sorry I couldn't make it!!

BURRS is a very friendly weekend! 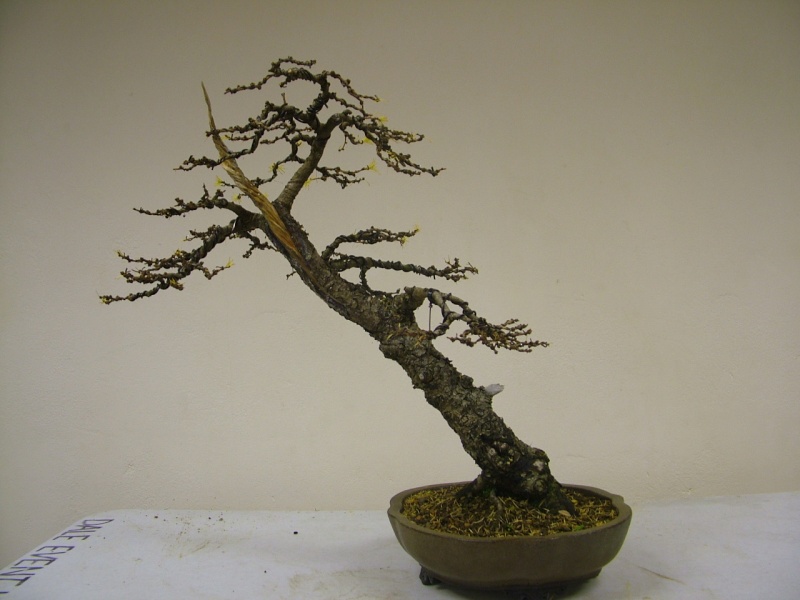 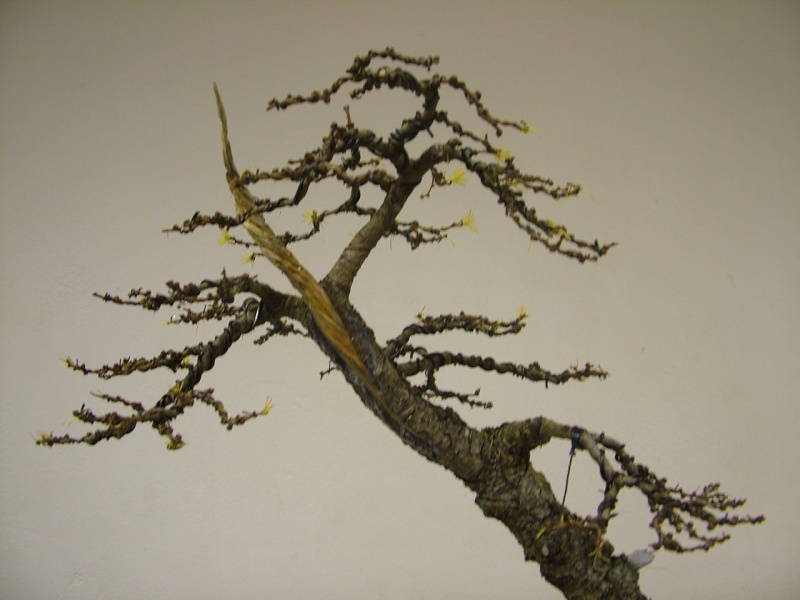 That's not very nice Tony, we were only asking!!!!

Nice before and after

This is great. I love the apparent camaraderie and how everyone is seemly working together. I don't have a ton of experience with bonsai get-togethers but here in the states it seems like a more restrained affair usually with a hired Bonsai guru who scurries around essentially designing everybody's trees. Burrs looks like not only diverse high quality bonsai experience but also a lot of fun.

Pavel's works are exceptional as usual, I like the work of Terry & Dave also, fantastic material from smithy, stunning design by Erik... oh my god! I wish I could be there

Many thanks for the photos, chris!

Thanks Chris for posting a great weekend.Can you delete the picture of Smithy after that long Kiss he gave me
(not drinking anymore) Thanks Tony and all the Artist. Thanks Will for transforming A days wiring into a stuning
tree plus all the people taking part, 30 plus from all over europe and the uk

Hi Sakaki
There is plenty of work from Hans, I will post his work and plenty more soon 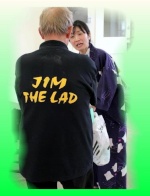 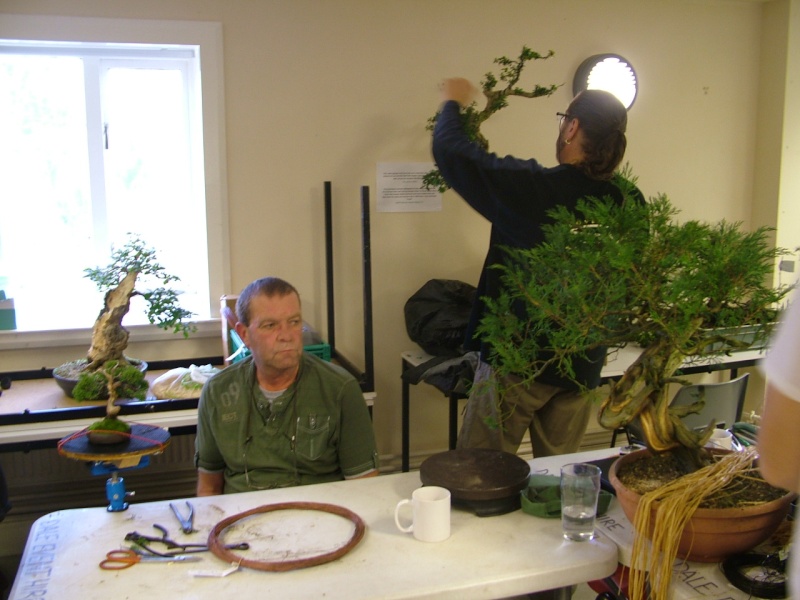 Hans using his hands to bend a juniper for Morea, as he says "you need Hans"

The northen lads, and a Welshman 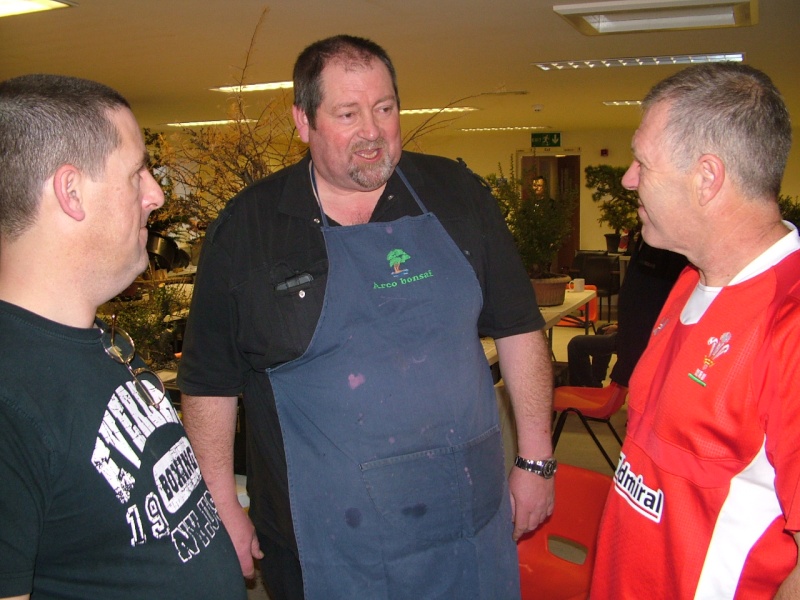 Hi,
I knew that this year Tony had increased the number of top class artists attending as well as an increase in the lucky attendees.
This being the case, I thought, take a couple of trees, don't kill yourself trying to complete a tree, take it easy and soak in all the work and advice being given to all the other Burrs students. Enjoy the apres bonsai that is always a huge feature of the wonder of Burrs. (Especially great this year Tony, going to be very hard to match next year, but you are up to the challenge.)

Well, Tony asked each artist to select a tree and create a masterpiece right before our eyes. Enrico selected my yew.

Over the 2 days he asked Ofer Grunwald, great guy, one of Enrico's student to help me prep the tree. I did clean the dead wood and carve a little of the dead wood, took all of an hour and a half…. Chris T. and Morea then helped me raffia and tape the branches Enrico suggested. Well when I say helped, did would be more accurate, Chris and Morea did 99.5%, I did hand then the tools and accidently cut the raffia Chris just put on, so I was a great help.

Here is the tree 3 years ago. Apologies for the poor picture.

and here it is at the start of the workshop.

Rob worked hard this weekend on his own spruce,this is the tree before he started

So apron on and away he goes

The tree in its first finished state of the weekend

Here is the same tree a couple of years ago when it was a twin trunk.

Jeremy,
You must feel tired!!!
What with all the work you did on your Yew and not having much sleep ????
Good to see everyone again