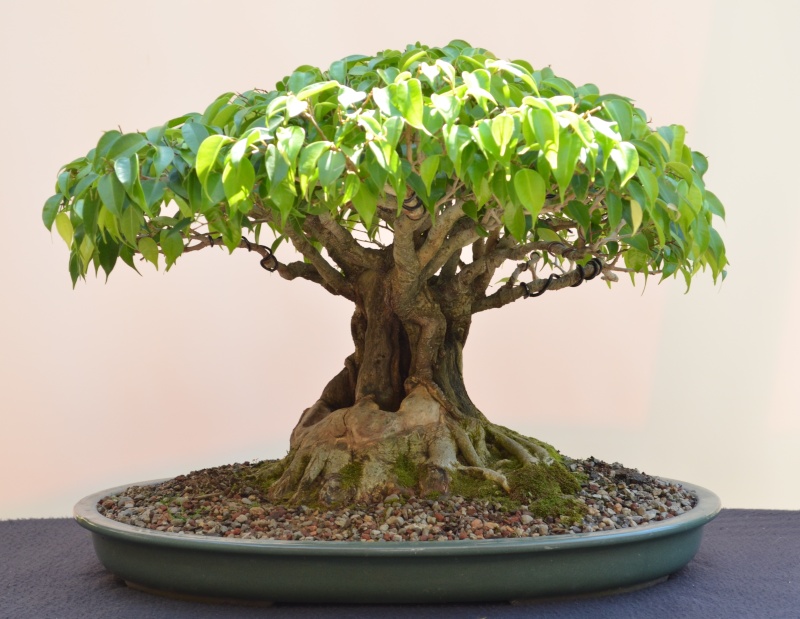 The tree as it currently looks....It was repotted at the end of June/beginning of July of this year.
Tom

I almost didn't recognize it from the tree of two years ago. At first glance it looks like root over rock now. Very strong look to it.

Killer!!! What a beauty!! Really maturing now. What a treat!! 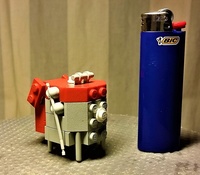 Tom, when I see your marvelous Ficus I am sad and hoped I lived in a region with a warmer climate.
(nowadays the climate is even hostile..)

I could try indoors, but I am afraid for the bonsai lumberjack

Tom Simonyi wrote:The beginning of my work with this tree began with a 7 foot tall clump of trees that had fused together over a period of several years. 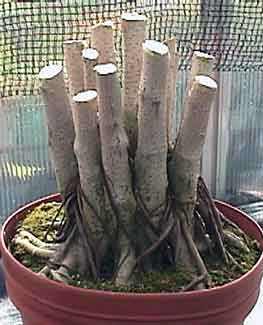 Great job with that! I'm curious though - did you do that just praying that it'd make it or did you have any special tricks? I'm curious because when I first learned of trunk-chopping as a practice (which immediately got me into bonsai), I had a pair of ficus b topiaries, one of which I immediately did a trunk-chop on, bringing it from 7' to ~1', then spent months watching it slowly die only to find out later that ficus b's are known for *not* back-budding on hard-wood where there's no foliage left...you obviously just went for it (and had incredible success), am hoping to know if you had any special tricks or anything because I do still have the other 7' ficus b (it was a pair of topiaries) and it's just sitting there, would love to trunk chop it but just didn't think it possible til I saw your post here...

Great tree, if you have any recent shots I'd love to see how far it's come! 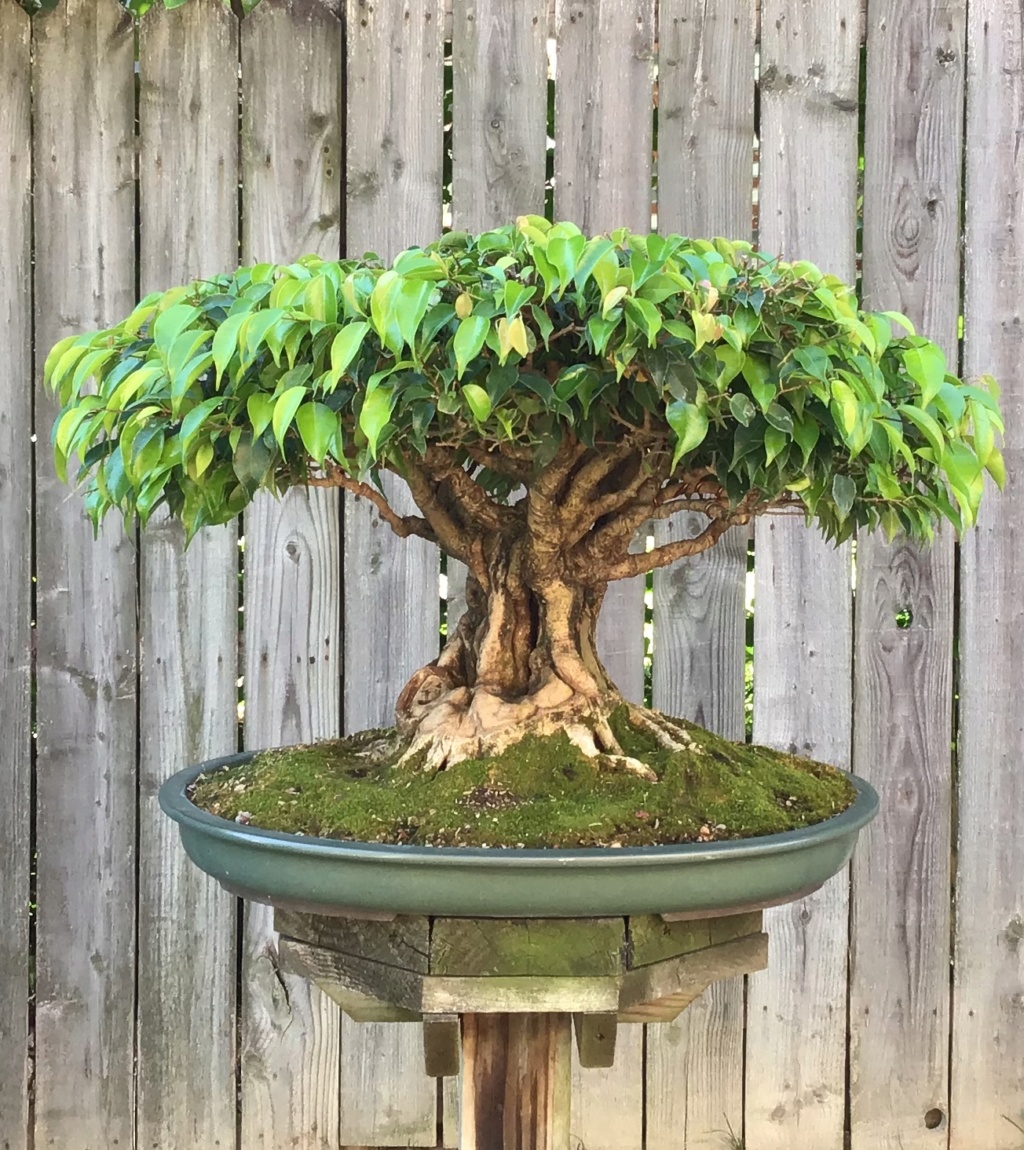 No tricks. Just lucky I guess. This photo was taken in July 2018

Looks great! Would you consider removing the third branch from the the left (the thick one). I would think it would fill back in pretty quickly, but may add a little dynamism to the image. And maybe a thicker one from the right section to restore the balance.
Pardon if you weren't looking for suggestions. I have an autographed copy of your ficus book that I picked up at one of our club meetings, which is just to say I am a fan.

Hi David. Thank you so much for your suggestions and kind words. I have never written a book on ficus and I think you might have me confused with Jerry Meislik. He has been a long time friend and teacher for me and many others including you evidently.
Best regards Tom

I'm not sure how I mixed that up.. we'll just say I could tell you were a student of his work.

I just cut back a couple of my benjimina.. I'll try to post an update once they fill out a bit again.

MrFancyPlants wrote:Looks great! Would you consider removing the third branch from the the left (the thick one). I would think it would fill back in pretty quickly, but may add a little dynamism to the image. And maybe a thicker one from the right section to restore the balance.
Pardon if you weren't looking for suggestions. I have an autographed copy of your ficus book that I picked up at one of our club meetings, which is just to say I am a fan.

Fully agree on removing that branch, would also consider removing the one that's directly to the right of the central, thickest limb (would have to see 360 + in the canopy to b sure!), I'd also work toward a smoother curve/silhouette of the canopy (ie, the 'peak' isn't centered it's slightly to the right-of-center, I don't think that needs to be trimmed-back, but rather that the limbs directly to the left-of-center need to be allowed to go a little taller to *extend* the peak-height that's reached at the apex just right-of-center!)

What an awesome tree, am still in disbelief someone could do this with a ficus.B, not only did I kill one this way myself but I have another large, in-ground ficus B that has 1 little side-branch (and then a proper canopy, it's a 7' tree), anyways I chopped the top half off so that the little side-branch was the new leader, both to make it niwaki down the line and to maybe get it to back-bud low enough that I could harvest it for bonsai- it back-budded lower down the trunk but only within ~3-4" of the cut site, not a foot down or something :/

How often do you repot this beast? 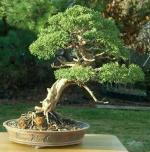 About every third growing season or so. Hope all I well with you and Leigh.