jims apologetic joke made me think we could have a bonsai humor thread...
mainly because there seems to be a lack of it

so here is this: 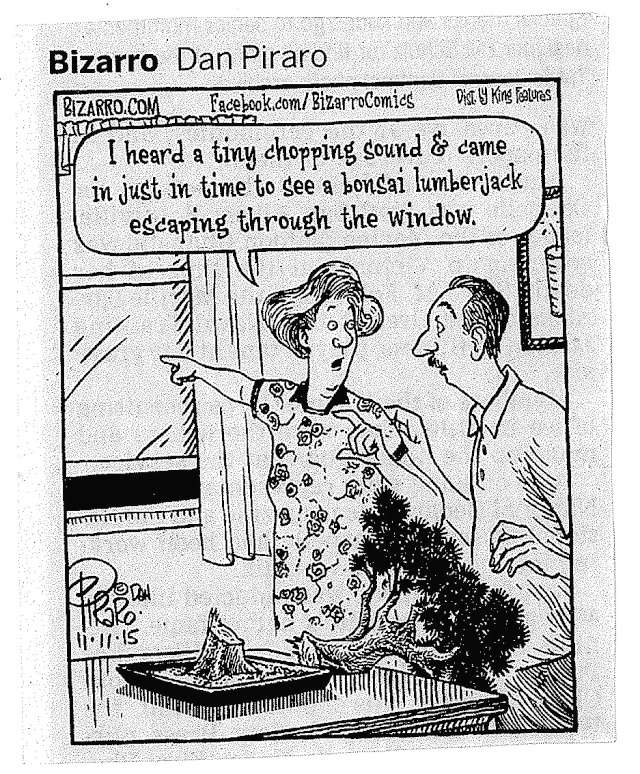 THIS is what happens when you try to grow bonsai indoors! That guy had it coming.

dang... now they have a whole forestry crew... 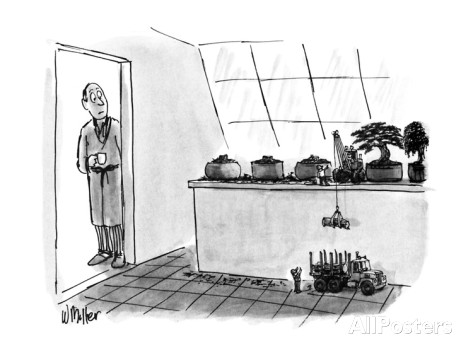 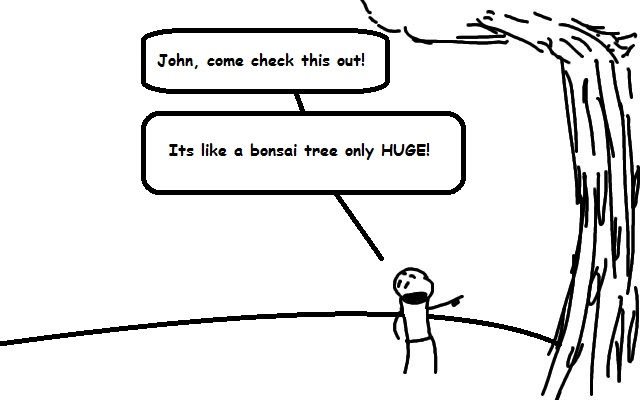 Three bonsais were sitting in a bar. A Hinoki Cypress named Lee, a Trident Maple named Ralph, and an American Beech named Buddy.

Buddy - "I really want out of my pot. I feel cramped and my owner keeps trying to get my leaves to grower closer together and to grow smaller. I can't live like this."

Ralph -"I think that is great Bud. Living in wide open spaces will really let you thrive. Let me know if you need help with your plan".

Lee - "I think that is a rotten idea Bud. You get fed and watered regularly. You get brought in when it is cold. I can't believe you support him Ralph. You drop your leaves every year and get fat way too fast."

Ralph - "Well Lee, at least I don't cry about too little sun and drop my leaves. And besides, at least I back Bud." 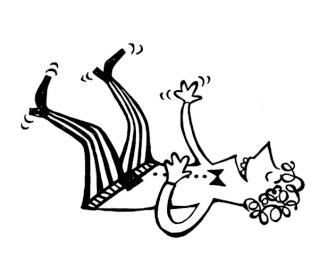 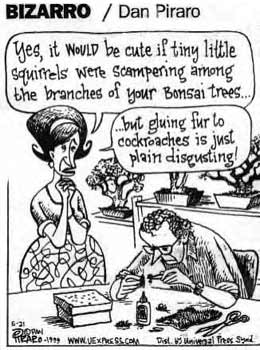 What? Not everybody speaks French?...

OK, I would have thought that the drawings were largely self-explanatory, but one needs to understand what's in the last two bubbles to get the pitch of the joke, so here you are:

The man tells his visitor that he has always been interested in miniatures. He started with model trains and planes, and various other things but got tired of it until he discovered bonsai.

Then he sees something moving in one of his trees, and yells out sthg like "You snotty little brats, how many times have I told you not to climb trees!!!".

I thought that "Papa" would be understood, esp. for speakers of American English. It's from a book entitled "Idées noires", litterally "Black ideas", dark thoughts, to be depressed and/or suicidal.

thanks for contributing to the thread alain !

i speak zero foreign languages, but i was able to get the gist of it all the way up until the end, so thanks for the punchline

language is an amazing thing... in the military i tested high for understanding parts of a language i do not speak...
of course those were mainly latin based languages as i recall... but still, the roots of all languages is fascinating !

It's much easier in real life...

Funny.  I'd forgotten that.

However . . . Americans actually seem to take pride in the fact that 90% of us have no interest in knowing any language but good ol' "Murrican.

i tried to watch the clip but i dozed off

sorry but it happens whenever kevin costner is on the screen...

However . . . Americans actually seem to take pride in the fact that 90% of us have no interest in knowing any language but good ol' "Murrican.

No worries, maybe one day, thanks to the rules of evolution, they'll use the metric system, Celsius degrees, etc.

But from what I can see in the news, a lot of people in the US still think that the earth was created in 7 days, that Adam knew the dinosaurs, that Eve was made from Adam's rib, that the earth is flat, and in god and Trump they trust

Sorry, that was tongue-in-cheek of course, I don't take the bigotry, racism and stupidity of a few we can see in the news for what the Usonians are as a people. Here too, we have those dangerous weirdos, and it's not a matter of how many languages they can speak, it's just about values.

It may sound a bit cheesy to some, but this the kind of American songs I learned English from, and I still like to pick my guitar and sing it: 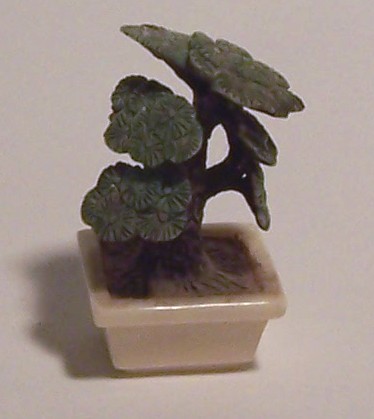 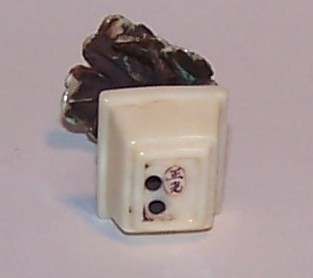 . . . which the Tallahassee club, knowing of my Netsuke collection, awarded one of my displays of minis.

JimLewis wrote:
I do have a plastic bonsai netsuke . . .

. . . which the Tallahassee club, knowing of my Netsuke collection, awarded one of my displays of minis.

That's a good one!

eve was made from adams rib...

but that was a genetic experiment conducted by what we call "aliens"...
but i suppose the people of the time, to whom the tale was told, would have no other point of reference besides "god".

and now to bring it back to the thread at hand, while tying in the newly released star wars, aliens and bonsai:
(or in this case topiary) 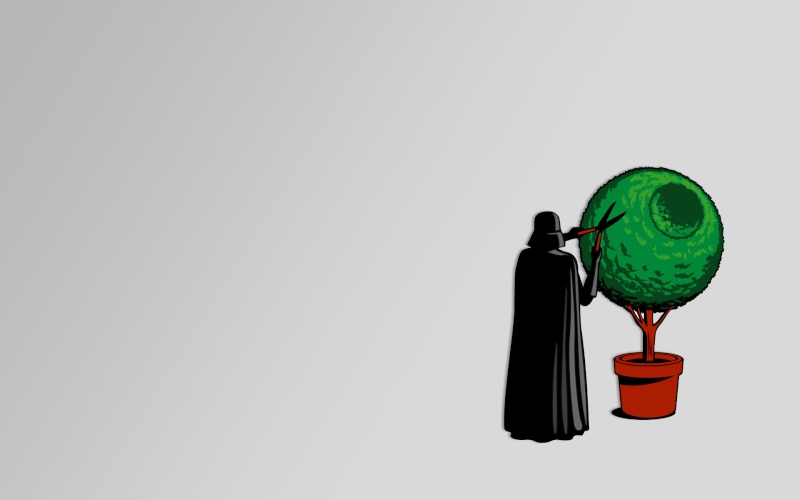 in case anyone has the post holiday blues and is contemplating saying "good-bye cruel world",
may i suggest this method ? 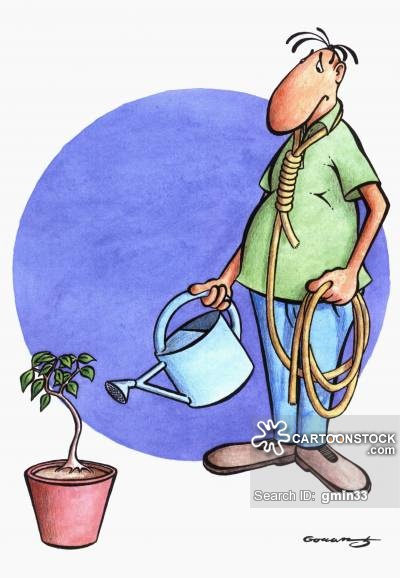 gives you plenty of time to change your mind.

When my thoughts of resolutions and bonsai merge. 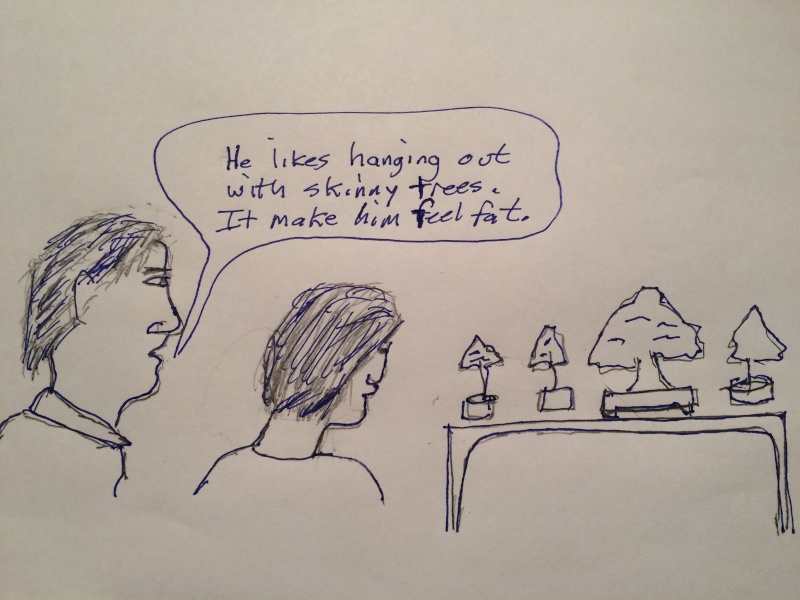 steve - you get the (nonexistent) prize so far for the best one !!!

because it was funny as hell and (i assume) your original thought and drawing !

mine have just been lifted from the web

Thanks Kevin but you are being too generous.  My wife's response was "that's cute".  And no, I won't quit my day job.

I hate to admit it but yes, it is my original.  Don't tell anyone. My bonsai and sketching skills are equally dismal but I'll keep trying.

Btw - great idea for a topic.

steveb wrote:Thanks Kevin but you are being too generous...  I hate to admit it but yes, it is my original.  Don't tell anyone.

dont knock yourself... a thought that occurred to me the other day:

it doesnt matter if you have a mouthful of broken chiclets (tm) for teeth as long as you smile with 'em !

Similar topics
» Some early 2010 Bonsai humor....
» how mature must be a tree, that can say he has mochi komi?
» Some computer "geek" humor
» MY VISIT TO THE DESHIMA BONSAI STUDIO (NL) FOR THE ONE YEAR ANNIVERSARY OF THE BONSAI CAFE.
» Review: Classical Bonsai Art - A Half Century of Bonsai Study, by William N. Valavanis