Has anyone discovered a successful means of growing redbud bonsai? There are no pictures that I am aware of on the internet and everyone who I talked to who tried them lost them relatively quickly. Still, the ABS article on native American species lists it as one that is used. If anyone has any knowledge on the subject (or a picture of one

) I would greatly appreciate it.

Google reveals a few photos of redbud bonsai...though none of them are particularly impressive specimens.

I've always heard/read that the biggest problem with them is that the leaves don't reduce and the growth is somewhat coarse...have never heard that they are particularly difficult to keep alive, though. Can you elaborate on that aspect? How many people have you heard of who lost them, and what happened to them?

I've got volunteers all over my yard (courtesy of some trees in my neighbors yard) and am starting to experiment with them. Nothing in pots at this time, though...that will be a couple years away at least.

I think I asked this question on a forum years ago and someone said that the problem with them is that they put off large tap roots and don't readily put off masses of small feeder roots and also don't like having their roots messed with. I have had a few in larger growing pots but never got them to live to a point where they could really be worked with as bonsai. They are impressive as landscape trees more for their character, aka ugly factor, being prone to rot and uro holes than anything else. Especially in contrast to the profusion of purple flowers popping directly off of that gnarled trunk.

Yes, I've heard about the tap root problem as well. As I said, I haven't tried growing these in pots (for longer than a year, that is), but I have been experimenting with digging/transplanting them around the yard. They do quickly form a formidable tap root and overall seem to only form a few large roots which quickly dive downward...i.e. not many fibrous near surface roots. My early attempts to move them were generally unsuccessful - when I dug and moved the trees all at once without any preparation. More recently, I've been preparing the trees by digging around and under the root system one season, then lifting and moving the tree the next spring. These trees are surviving the move but it remains to be seen if a decent bonsai-able root system can be produced.

Also, the trees I'm experimenting with are seedlings that are less than 5-6 years old (trunks an inch or two at most). I have no idea if it would be possible to collect an old, large-trunked specimen...and I don't have any of those to try anyway!

What about layering to get a more workable root system?
-Jay

Hmm, yes...that's something I'll have to put on my "to-do" list. Thanks for the suggestion!

That's a photographie off my cercis celastrum 25 years old in spring, it was the first time in flowers , after 15 years of culture in the ground and potted five years.
I don't recommend this species to grow bonsai , it is very difficult thing to give a shape, when you cut the branches in spring , they die , and this winter, roots where frozen ( -15°C ) , this tree is dead. 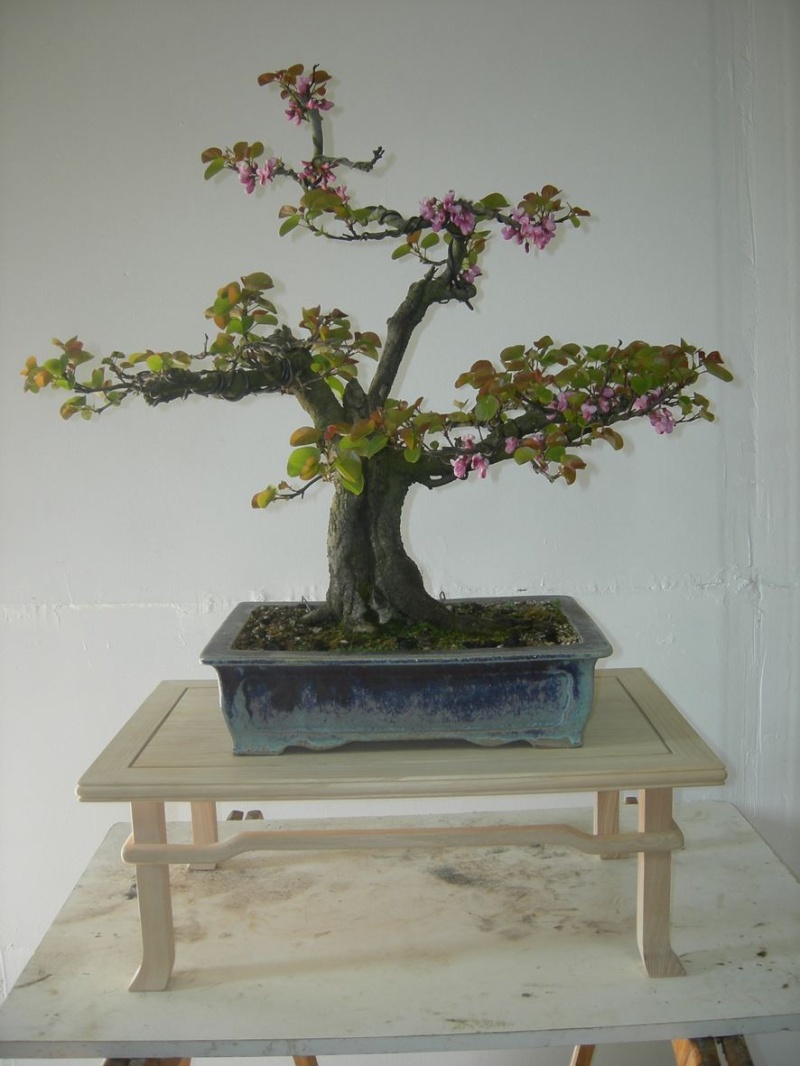 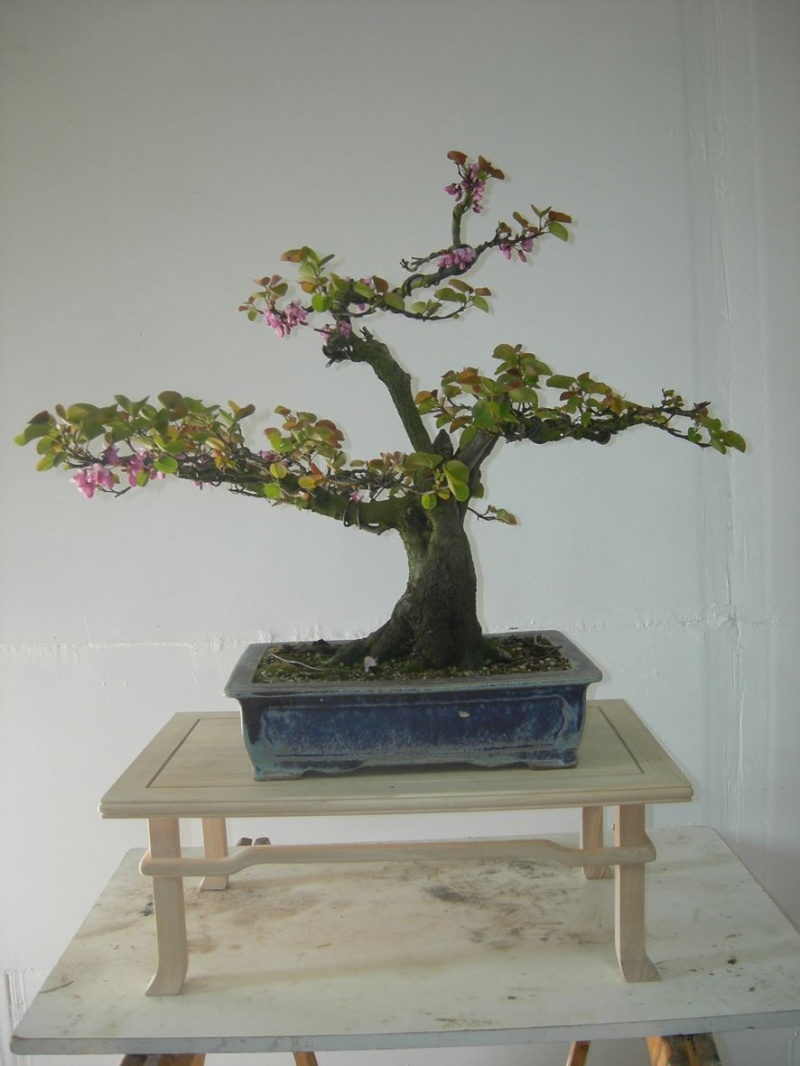 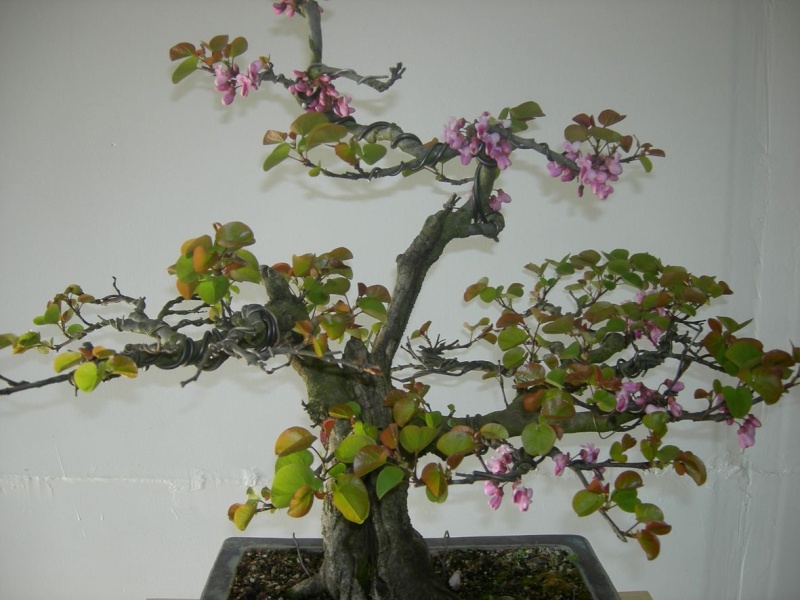