Last weekend I attended the Bonsai Autumn 2010 show in Switzerland, I went to see some of the best bonsai in Europe alongside the top artists working on quality material... What an experience!

I flew into Zurich direct from Manchester, a direct train from the airport of the town of Olten taking less than 35 minutes and a 15 minute walk to the event

The quality of the bonsai in the exhibition was of the highest standard... And alongside three other judges I had to choose winners and nominations... No easy task when you consider one of the other judges was Peter Adams.

The bonsai unanimously chosen by the judges was Hartmut Münchenbach's incredible Mugo Pine. I have known this tree ten years and Hartmut transformed what was an ugly lump of pine into a true show stopper... This quote from Adams "You could have a whole convention just discussing the quality of the bark"

The Italians were there in force and in particular Enrico Savini and his students from La scuola Bonsai Progetto Futuro, both their exhibition and demos of the highest standard. A large contingent from Germany and a smattering of Dutch, Belgians and French... I was the only person coming in from the UK.

The Spaniard Kevin Wilson (check out the suntan) worked wonders with a Japanese garden tree Taxus Cuspidata transforming a big lump into an ethereal work of art.

Savini and students worked on Junipers ranging from restyling, first styling and refining. The attention to detail verging on obsessive... Adams again "how can they spend six hours on one branch?... But it does look damn near perfect"

Mauro Stemberge along with one of his students also worked on Juniper raw material... his inimitable style and larger than life character adding a somewhat excitable atmosphere to the stage.

Carlos van der Vaart had a monster Scots Pine that required radical transformation. The foliage being too far from the interesting trunk he worked tirelessly bending and wiring to create a graceful semi-cascade.

The winner of the Germany new talent had the opportunity to show his stuff, working on a huge yamadori Juniper that required an assistant to wire... Still taking two whole days to complete.

Václav Novák chose a large Picea... as he started to clear the inside of the tree he discovered a birds nest... The cry of 'Soup' rang around the stage! It did not take me long to find some eggs to complete the picture!

Walter had the challenging task of engaging with the Artists and generally maintaining a semblance of order to the occasion.

Peter Adams spent the weekend drawing and sharing his wealth of experience and along with Walter presented critiques of the exhibition trees. One pine in particular came under Peters scrutiny and he offered a different design solution... first drawing the idea and then placing the tree in the angle and viewing position.

I attended the first Gingko Award way back in 1997 and this event had the same feeling... Walter and I discussed at length the qualities that make a good event... Andi worked hard to keep the event true to spirit of a great bonsai event, that being Excellence... Friendship... Learning and Sharing... I will return next year that is a certainty as the promise of an even better event is in the planning, it would be hard to top this one though! 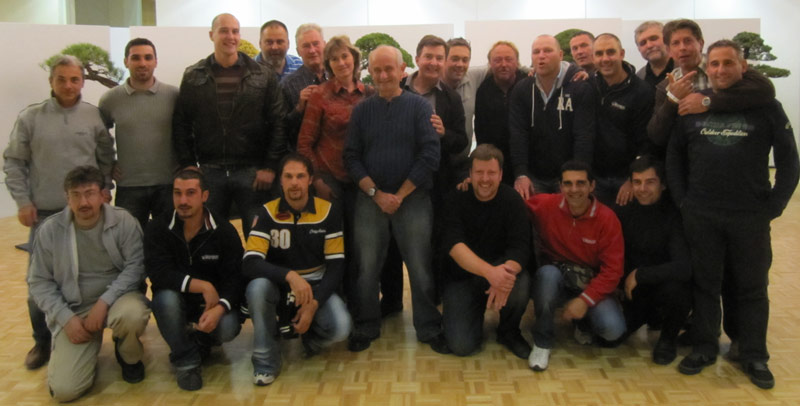 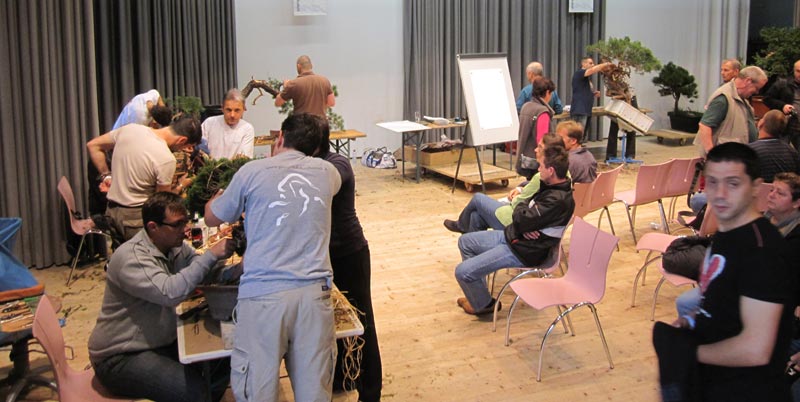 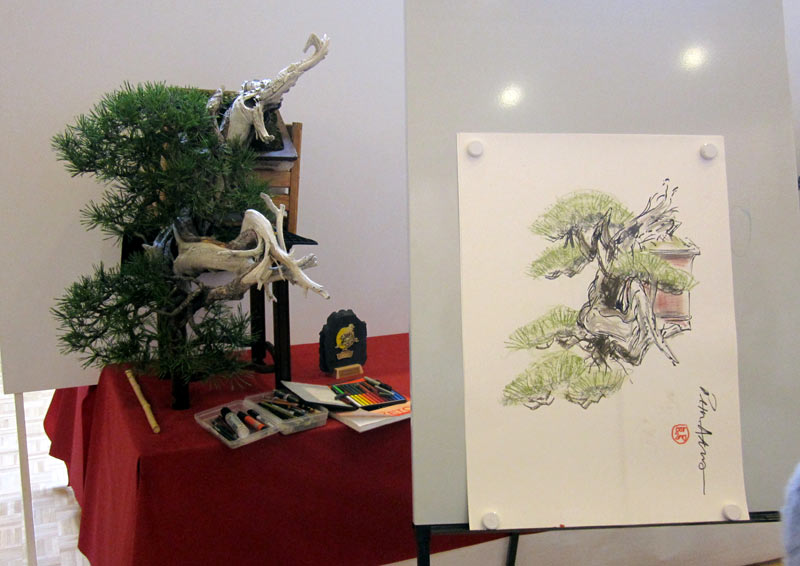 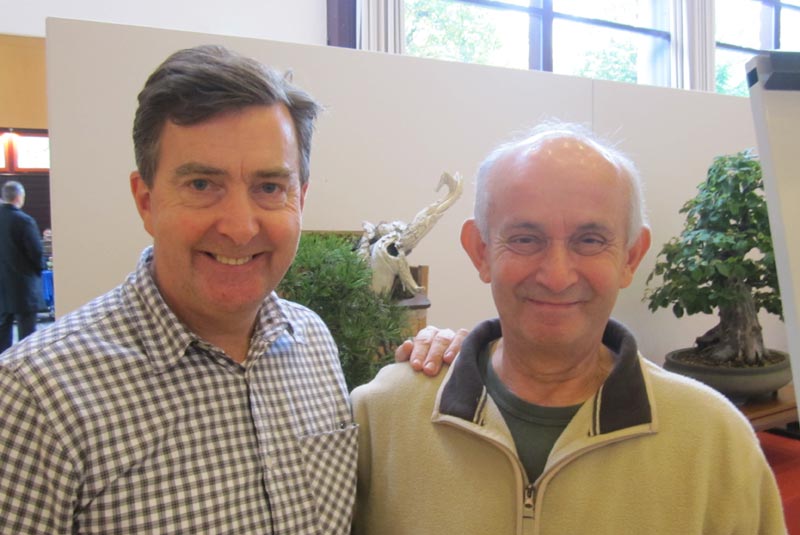 Lots and lots of Images and Movies from the exhibition to follow... and a few fun shots too, but I have to go out so they will be uploaded on my return!

Hi Tony,
What a great event.
Your few pictures and your enthusiastic report makes me jealous and keen to see and hear more.
Thank you for posting.

Your description of this show makes my mouth water! Where can we see more pictures of the trees and talent?
Thanks,
Todd

Tony, thanks for sharing. I hope you manage to upload additional pictures soon:)

You will find here some pictures. 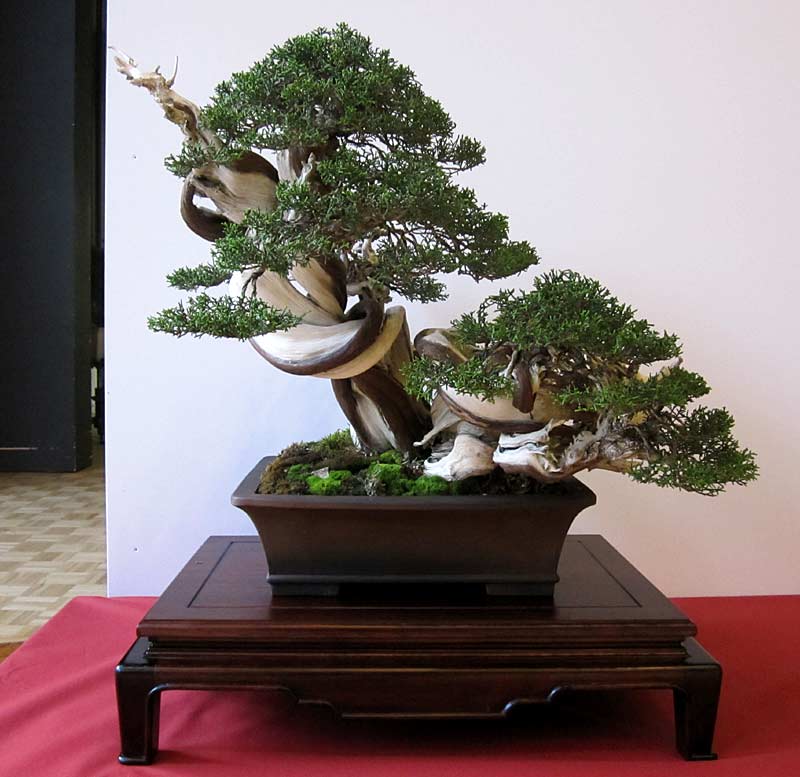 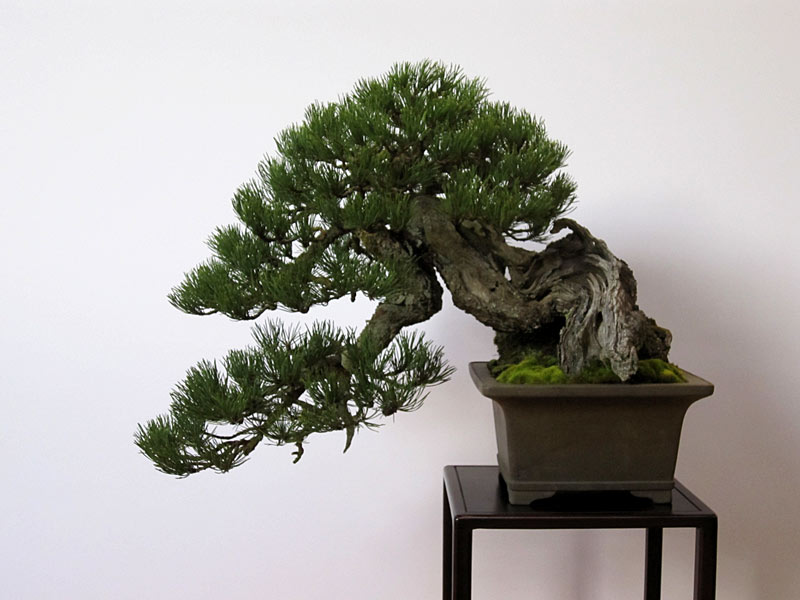 Peter Drawing live at the event 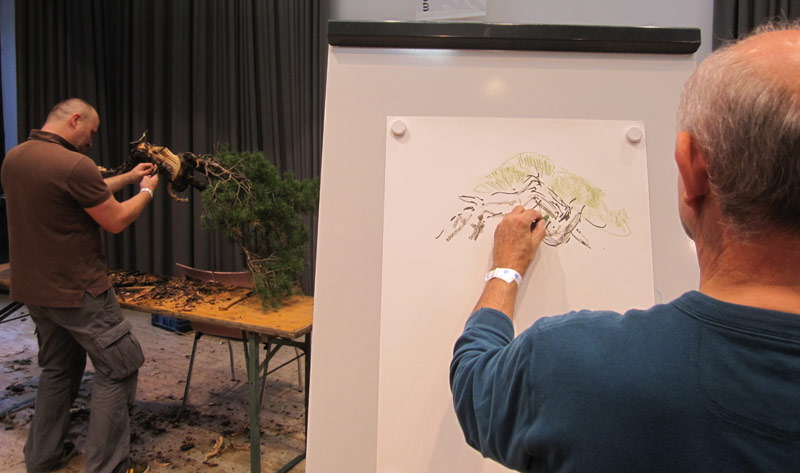 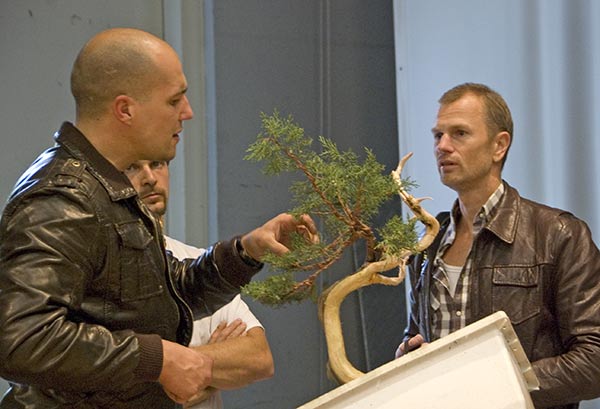 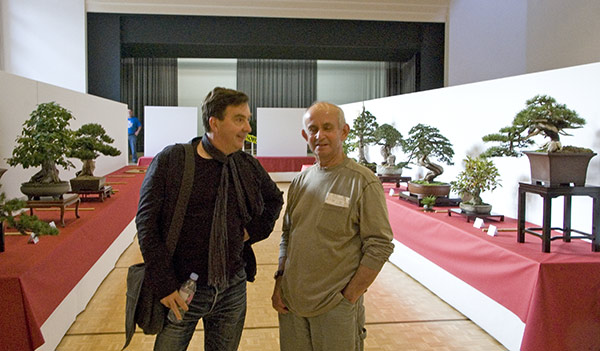 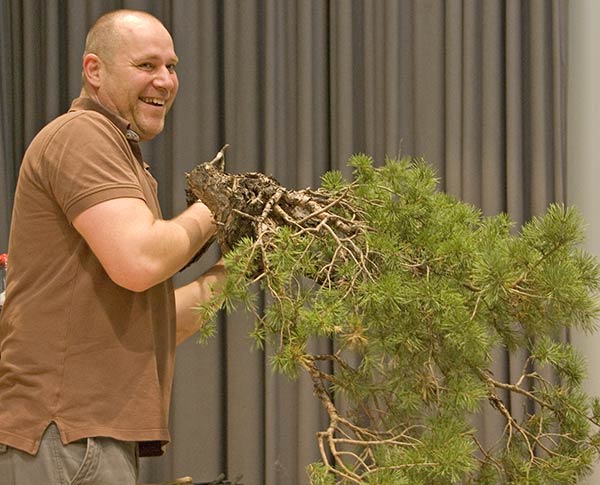 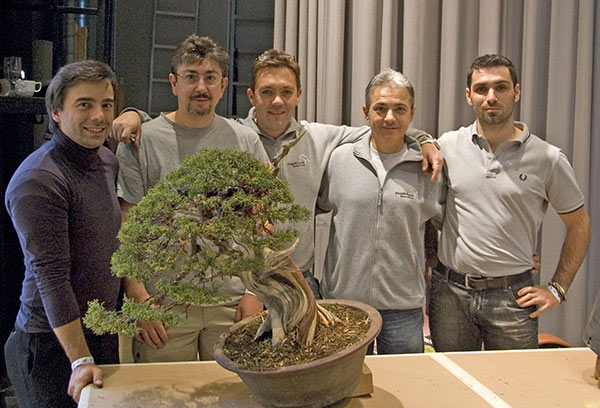 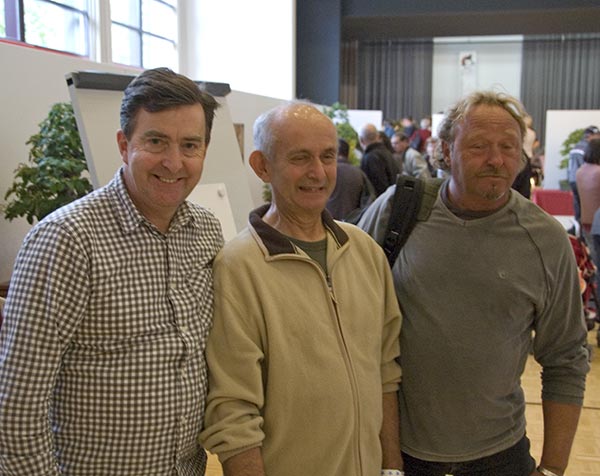 Tony, Thanks for posting these. Is the Yew at the end of the second video clip the work of Kevin Willson? All the demo trees are superb but that one really caught my eye. Very tempted to make the effort to attend this next year.

Tony and Walter,
thanks for the demos of the amazing event.

It's a sin not to be there.

Great Event! Many thanks for sharing the photos and videos!

all it takes is to send a mail with an image of one tree or more that you want to exhibit. It will most likely be accepted, knowing your quality. Then you arrive on Friday and leave on Sunday evening. Or you come on Saturday without a tree. It is not a big deal.

Thank you very much for your explanation. I thought that the event is by invitation only. Not for the general public.Thanks again.

some photos are here too

An absolutely wonderful and amazing show of hands and trees!!! Gotta love where European bonsai is at, Rigt up there on the world stage!!! Thanks to you all for sharing.

I agree Antonio, right up there.

Nik, I enjoyed touring your blog spot. Thanks!
Salut, Todd