New Amur Maple and some Questions...

New Amur Maple and some Questions...

Hello all,
So two weeks ago I bought an Amur Maple from the local garden center, for $15 I couldn't resist. Immediately I re-potted it into a better quality soil mix and found that it was severely root-bound in its pot. Although it was slightly late for the re-potting I felt that that it was better than leaving it as it was. I reduced the root mass by about 50-60% and still had tons of fine roots. After two weeks in its new pot I have cut it back somewhat in order to begin deciding on which direction to go with it. I am thinking of air layering the thick main branches, but first I am looking for opinions on which direction I should go with it.

Should the odd bottom branch go?
Should I follow right or left fork for the trunk line?
Which side seems the better front?

I have my ideas but am still a newbie so I could use some feedback. It has the beginnings of a decent nebari beneath the soil and the trunk is 2.5" in diameter and it currently stands 20" tall. Also if anyone has experience with this species and wants to offer tips I would greatly appreciate it. Thanks. 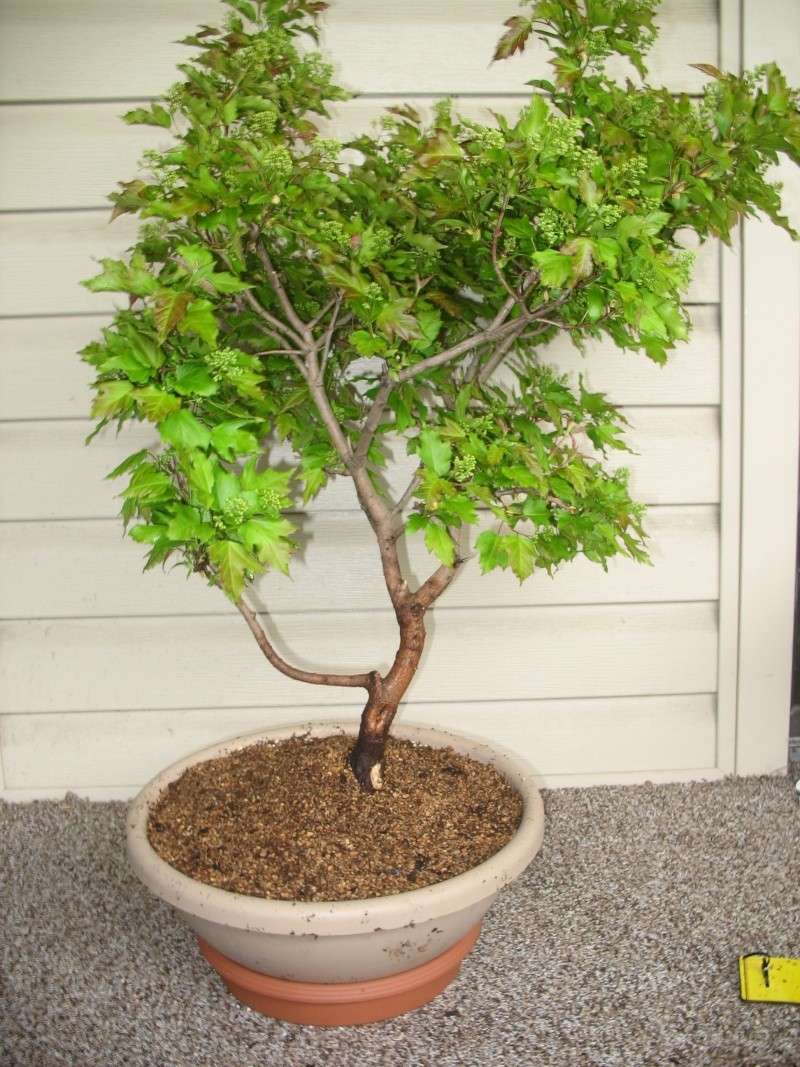 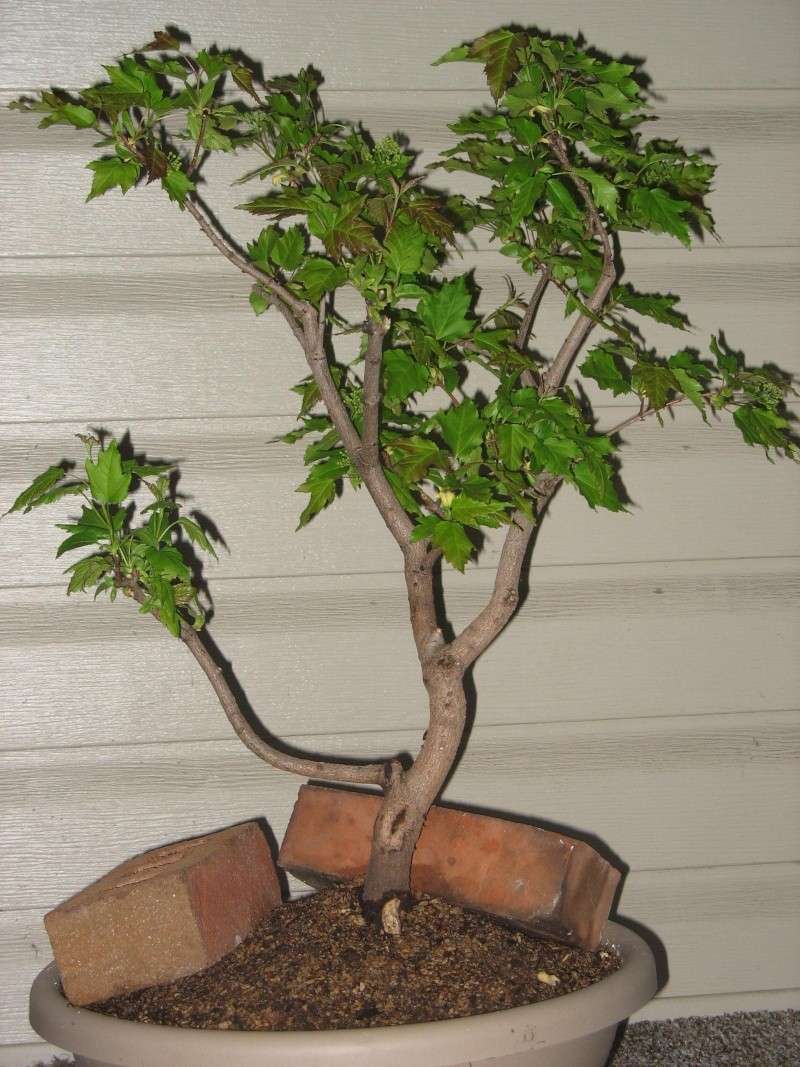 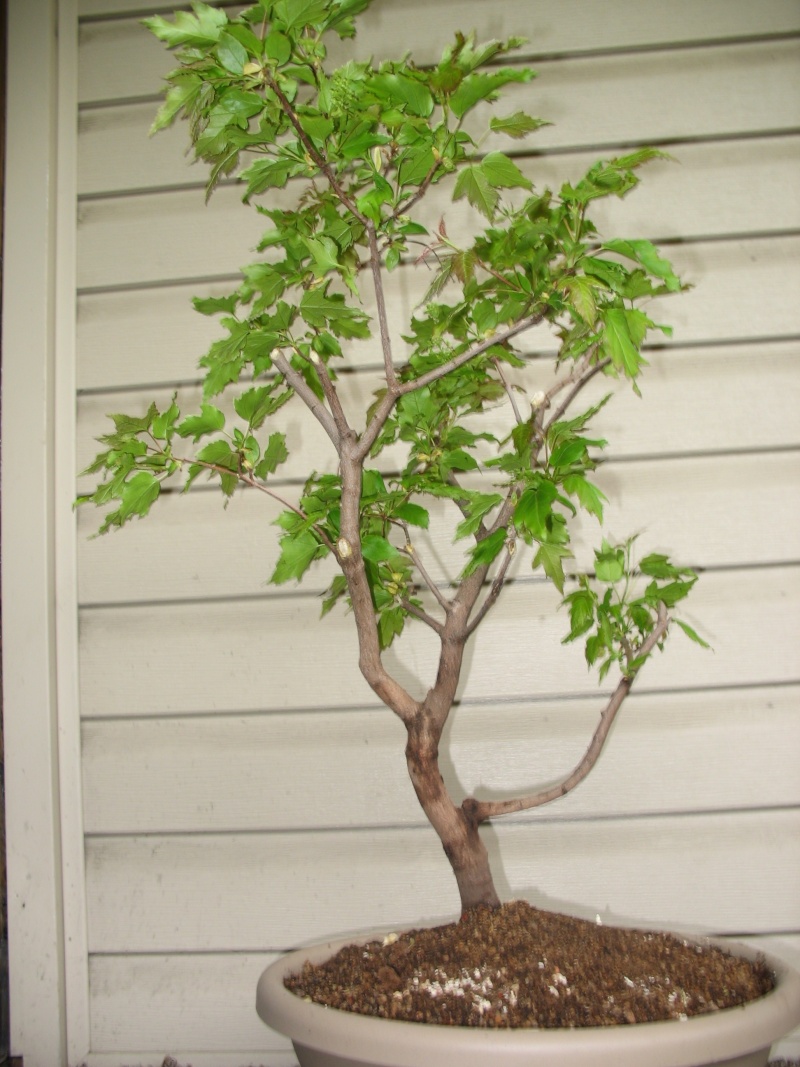 Please help with where to go next with this....I need options.

I like the last picture's trunk line. I'd likely cut all the branches off and regrow from scratch . And I'd likely take it out of the pot and grow it in the ground for at least two years to thicken it up a bit.

Otherwise, I have three very large Amur Maples I'm working on now and happen to like the species. Although they are prone to die back, which I experienced this winter.

Here's an update on this tree. I have airlayered the two main branches for experimentation purposes. This is where it stand now. It does seem to have some form of fungal issue which is causing black spotting on the leaves, I am treating that right now.From there I will let it grow freely through the rest of the season and into next as well. Any suggestions are welcomed. 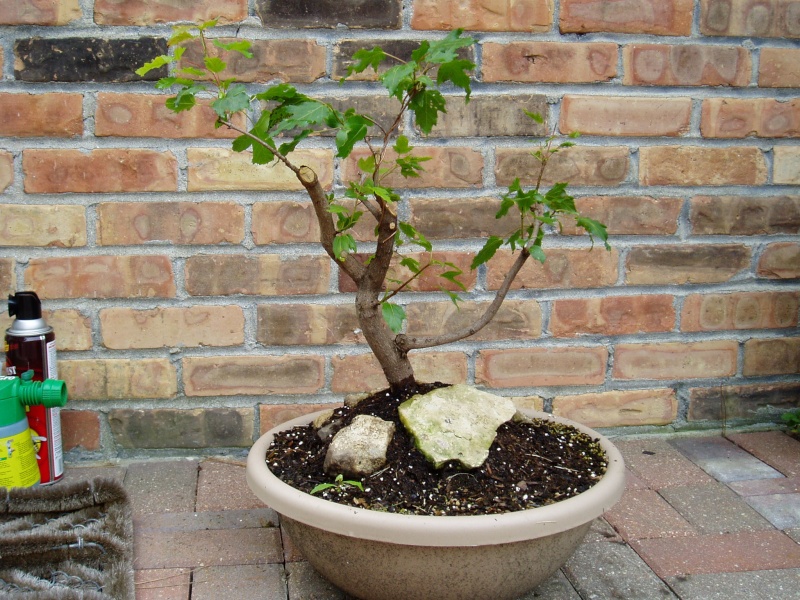 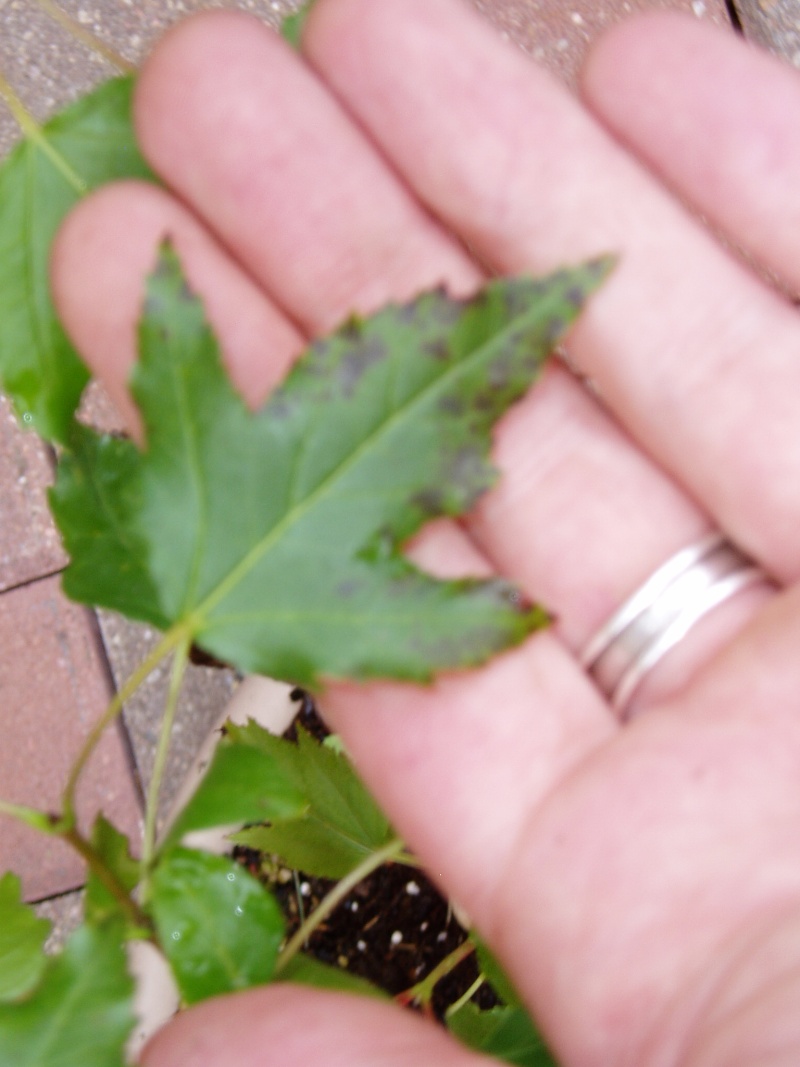 hello frnd,
i think its lower branch going right is odd one ..so it shd be either chopped from trunck (to get new buds from their) or trimmed to reduce its size......

Hey,
Yeah I am still in debate about what to do with that branch. I am laeving it for the moment while I decide. I had though about both Ideas that you've presented. For now I will wait and see how it stikes me next season. Thanks

Maple leaves don't like the heat and humidity of high summer. All of my Florida Red Maple tree leaves look like this. Maples in the ground do also. I see what look like blooms in the pictures. I though Maples tended to bloom and set seed before leafing out each spring?
Someone suggested removing all the branches and regrowing the structure of the tree. I think this might work, but I am not sure of the timing, and I know I wouldn't do it until the tree is established in its new location/pot. (Possibly next winter when it is dormant.)
Planting in the ground was also suggest to help develop trunk diameter.

DreadyKGB wrote:Here's an update on this tree. I have airlayered the two main branches for experimentation purposes. This is where it stand now. It does seem to have some form of fungal issue which is causing black spotting on the leaves, I am treating that right now.From there I will let it grow freely through the rest of the season and into next as well. Any suggestions are welcomed.

how can u air layer the branches when u just bought the tree 2 weeks ago? 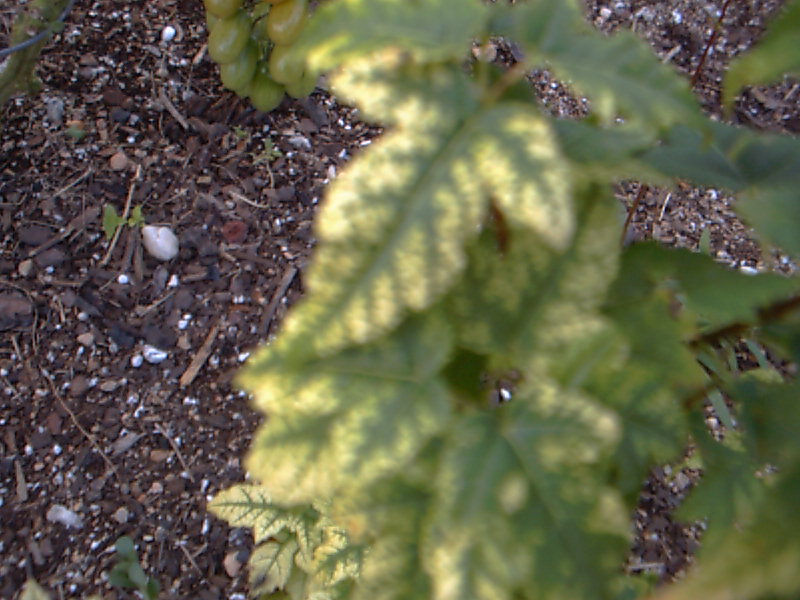 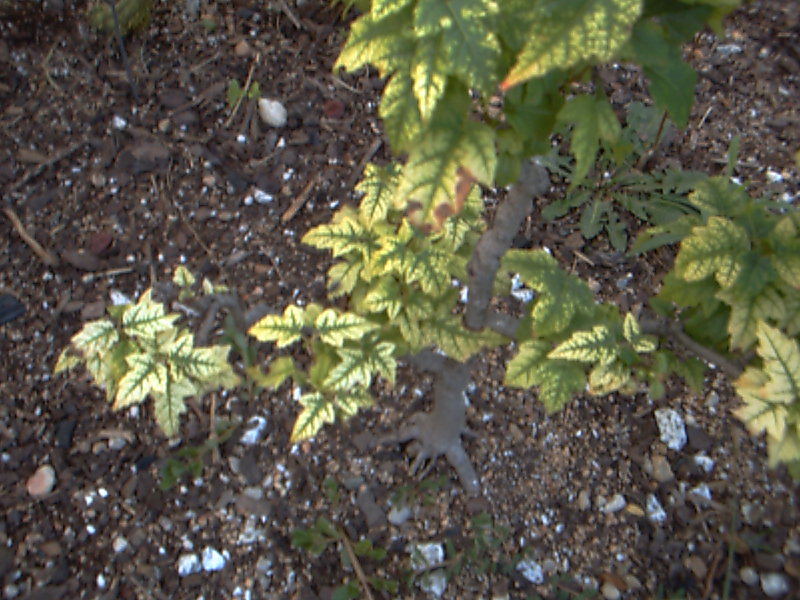 this is the problem i am having with my amur maple

Billy,
The only branching that I definitely plan on keeping are the two that I am using to create new leaders on the upper part of the trunk. Aside from that I will it grow and see what shows up in good position. I would plant it in the ground but I don't really have that option available to me at the moment, damn apartment living. I have planted it into a larger yet shallower pot than when I bought it to allow some overal growth. There is quite a bit of trunk flare and a decent nebari well below the soil line. I have it covered at the moment as I was having an issue with some type of animal digging at the roots. That is why i have the bricks and the rocks around the base. The weather here has been very hot and humid for a while now so that could be part of the leaf issues I am having. In the first picture there were blooms on the tree which I removed, in the later picture there are none. These were opening when I first bought the tree and there were already plenty of leaves. Anyway for the rest of this season I will let it be.

Ricky,
The original post was put up in April after I had just bought the tree. I started the layers toward the end of april and by the beginning of June I had serious roots. I removed them about 5 days ago and they are very healthy thus far. They are not showing an new signs of the symptoms that the main tree has. I think you should post your pics and create a thread in the pest and disease area, you will get better feedback than I could give.

Ricky,,If this were my tree,,I would loose the left forkand use the right for a new trunk line..that side has a more natural line to me.tale off the low branch also it is too low on the trunk to me. you already have a new leader so that part just needs to grow..i have one of these maples lots of pruning to keep in shape.. this is my opion good luck john

any updates on this tree?