I have been on this site for about a year now. It is time I contributed a bit of my knowledge and personality! CHEERS FOR MY FIRST POST!!!


So I was offered a case of Micky's (A WHOLE CASE!! of fine malt liquor) to help a buddy clean up his backyard and build a halfpipe for skateboarding. The offer I gladly accepted!!!  During the brush cleanup, I found a Bougie that might turn into somethin'... So on top of copious amounts of free beer, I got this!

Fresh out the ground. January 2012 (that trunk is roughly one beer can in girth) 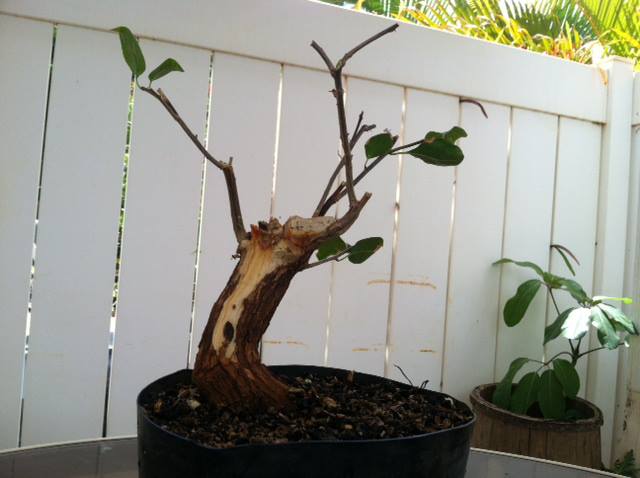 By August 2012 I had a ridiculous amount of new growth and some sparse flowering. Then my friend's (same guy) daughter decided she wanted to take it to school for a science project and it came back damn near bare rooted.... Odd I know; but hell she was in 3rd grade, and she liked pretty flowers. If she is gonna clean the roots for me then it is probably time for a repot!! It's a good thing these are reeeeealllllly hard to kill!

a little more wire and shearing here and there.

After a carve (chisel and pliers) and a lil wire. August 2013 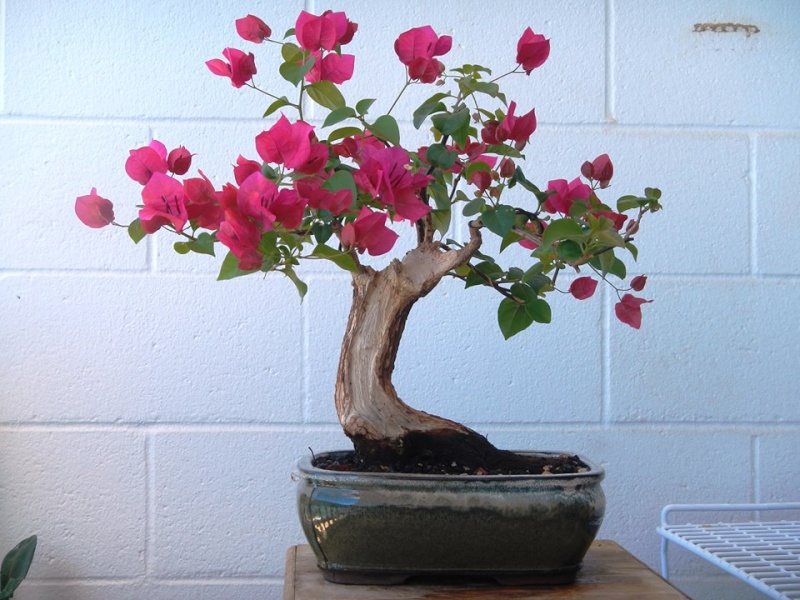 I let it go nuts for 3 months and cut it back hard. Repeated that cycle, it flowered a couple times, had a defoliation I didn't get on camera and then...

Here it is in August 2014. This is after I defoliated it and carved the trunk a bit more with a Dremel. (The wiring is S#!+. I know, they grow so fast after a defoliation; and in all directions! I just started a doctorate program. I have so many trees, and so little time... it's loose on purpose, I promise I am not one of those "wire to grow" guys...) 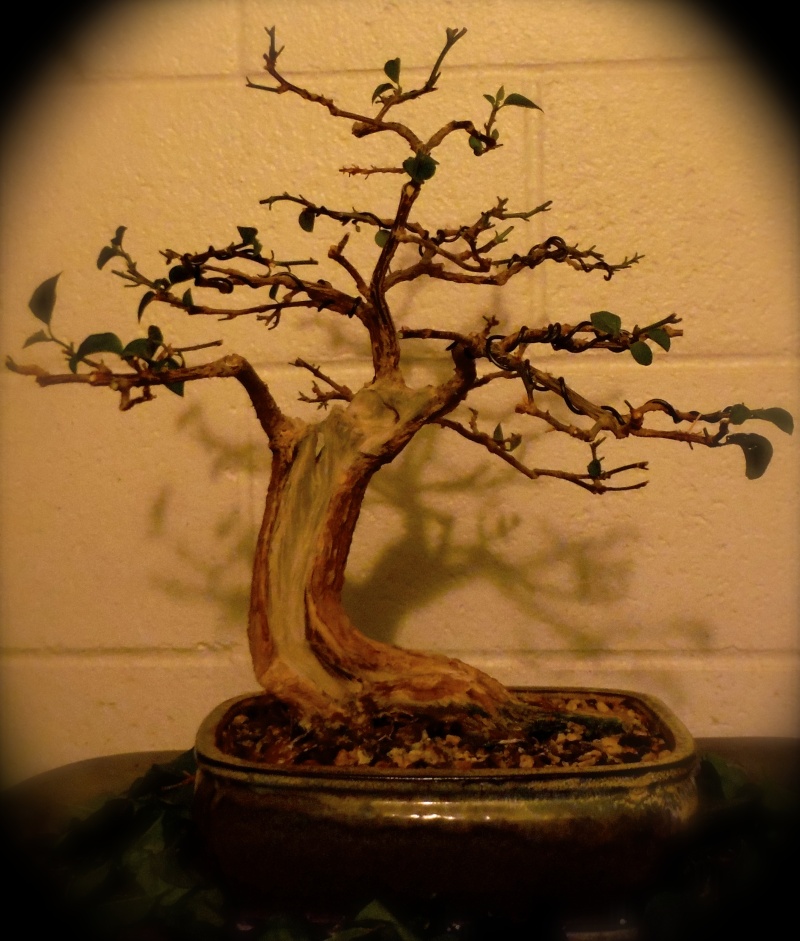 Here is a close-up of the carving. It still needs work and development but it might just turn into something pretty nice some day. POT IDEAS? 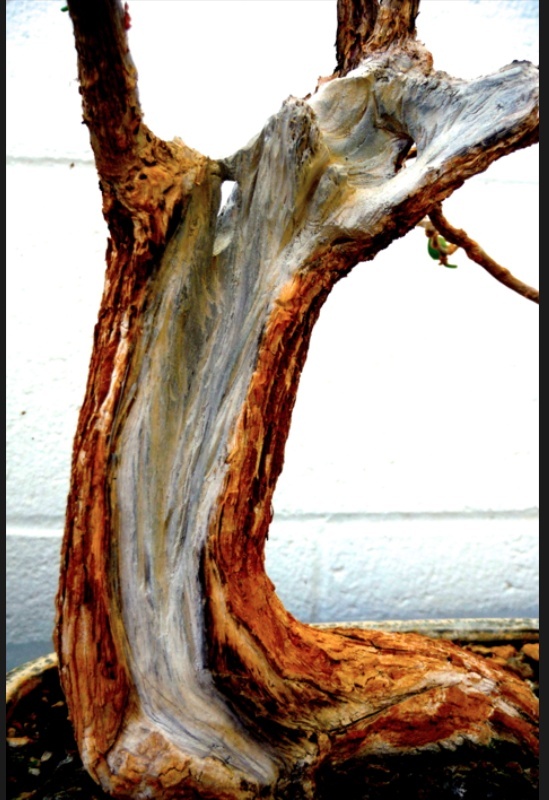 The tree is 15 inches from soil to tip.
THANKS FOR THE LOOK! ANY AND ALL FEEDBACK APPRECIATED!  Really though, be brutal...

Here is a pic of the skate ramp we got busy on that day; just because I know you were all wondering what malt liquor, skate rats, bonsai nerds and power tools would lead to!!

The ramp has made significantly more progress over the years than the tree has. My skating ability has followed suit... but that is for another forum..... 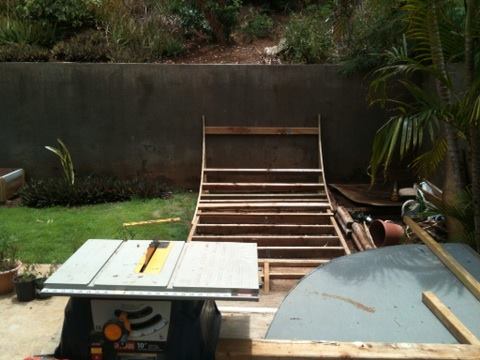 That will grow into a very nice tree -- though I'm not wild about the peek-a-boo hole in the upper shari.  I don't think you gave us a size????

Long drive to the U of H from Waianae.

Thanks for the comment! It is indeed a lengthy drive! I edited the post to include the size.

theres a couplafew surfers/skaters/snowboarders on the forum
(i been doing all 3 since the mid 70's...RIP JAY BOY ADAMS

that small hole at the top of the deadwood could just be carved into a "V" between the branch and the main trunk, almost creating a second(ary ?) trunk ???

BUT if theres a reason for keeping it as is, then keep it as is !
(we've all heard the saying about opinions and bungholes...

that small hole actually was a complete accident that happened when I was burning off the burrs after carving. It caught fire. all I will need to do is flick it a bit and it will be a V. I figured I would leave it as is and let nature do the job. Now that I look at the pics a bit I don't love the hole either.

Thanks guys for the feed back!

I like the peek-a-boo. My eye wandered around enjoying the curve of the trunk and its shari, and spotting the hole simply added another feature of enjoying the whole. Not a critical thing either way, but I think a plus overall to have it. The bigger issue I think is the pot, and you asked for suggestions there. Noticing those flowers, I gotta vote for a sky blue or a little darker.

Great Idea with the sky blue! I was thinking along those same lines, a similar depth but an oval.

Hope to see the next step!

Repotted into an oval blue pot. I have let it grow since it's defoliation with minimal trimming trying to get the best flower show I can. I will post another pic in a week or so to show you what the flowers look like in full bloom. 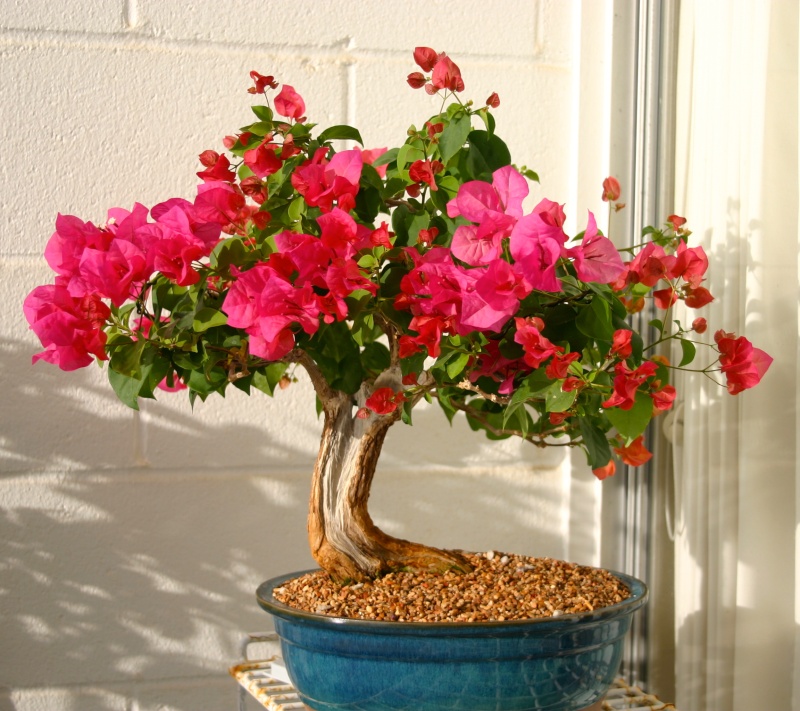 If the left side roots are enough to keep it visually stable, I think a slight tilt to the right would show the trunk better, and get your apex above the center of the pot.

Nice touch on the pot- showy but doesn't outshine the flowers. 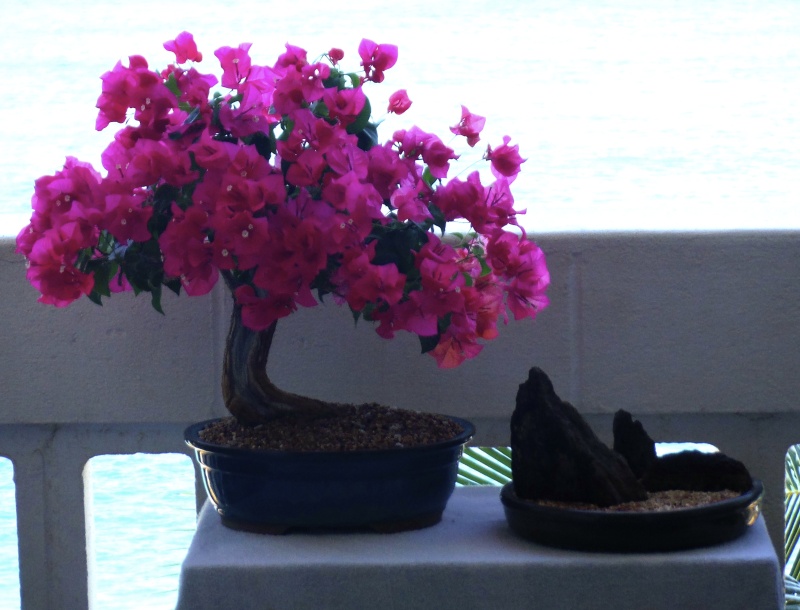 This is a shot I took this morning. Flowers have filled out quite a bit.

Okay, I have to ask. What is the purpose of it being so far to the left? I understand the idea of thirds, but it seems obviously off-balance to me. I'm not questioning your work, but rather my eye.

There is a huge root that I am slowly reducing each time that I repot it. that is where it fits in the pot. So it is there just for that reason. I would ideally put it another inch or so towards center, and change the potting angle a bit. Next repot. I'm also dabbling with the idea of keeping it left and bringing a swooping branch down almost to the soil line on the right. we shall see where it wants to go.

Ohh, that makes sense. Thanks. Hope to see more pictures of it in the future. Really gorgeous flowers.

Very nice tree, would love to see an update.

Thanks for bringing this up again!

I call this state Calculated Neglect.   Since the last post I have defoliated it twice. cleared out some excessively twiggy growth. Rewired multiple times. Right now It is awaiting a repot and a defoliation. (On this round of repotting I should have enough secondary roots to remove the large underground root that prevents it from being more centered in the pot. Fingers crossed.

Anyway, this pic was taken today nearing the end of the "wild" un trimmed grow out and flower faze. as stated by the end of this month I will completely defoliate and repot. Here are a couple quick pics. 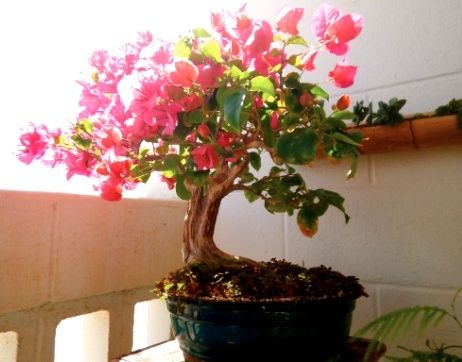 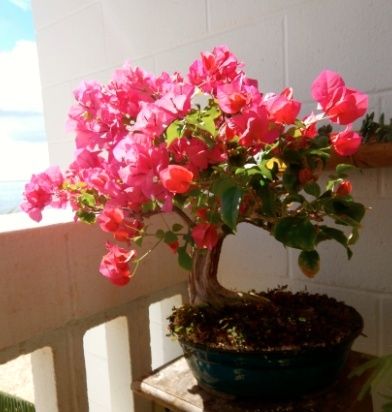 looking good, I do it the same de foliating and branching, I cut however flowers off for the sake of branching. The good things are in the tropics it grows fast. Keep us posted. Any other trees you like to share??