Planted by me 20 years ago in a parking lot recently converted to grass. Chaenomeles 'Rowallane' (red) kept coming up for 3 years after cutting to ground level. Dug out and found to have been buried over 10cm below grade, now exposed as trunk wood.

Plan to let it grow for a year and flower next March before clip and grow to shape into an old Oak grove form. The root mass is solid wood about 15cm down. Anyway, will picture next March in bloom and ask for styling advice then. 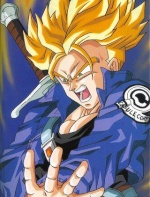 Would you mind trying to load the images again please? Just in case you've missed a step out HERE is the handy guide - apologies for insulting you if you followed it to the letter and it's been the system that has gone wrong.

And, with the same apologies, you don't need to create new posts. Just edit your originals. Once the pictures show up, we'll edit out all of the "I can't see them" messages.
_________________
Jim Lewis - lewisjk@windstream.net - Western NC - People, when Columbus discovered this country, it was plumb full of nuts and berries. And I'm right here to tell you the berries are just about all gone. Uncle Dave Macon, old-time country musician

Used Img.ie following prompts then with a click to highlight "thumbnail for forum" then Ctrl C then click in text then Ctrl V

Cannot get this site's image host to work

Can you tell us what it is you are doing? Do you get any kind of message from the system. While no system is perfect, this one is relatively straightforward -- though it doers have its idiosyncrasies.

Pictures taken from the side at eye level make it a lot easier for us to see what you have.
_________________
Jim Lewis - lewisjk@windstream.net - Western NC - People, when Columbus discovered this country, it was plumb full of nuts and berries. And I'm right here to tell you the berries are just about all gone. Uncle Dave Macon, old-time country musician

From what I can see, you've got a winner.

I was extremely careful to follow the instructions for picture posting. First, done on an old iMac then on a new PC my son (With hon Math, Physics and Computer Science degrees) built. Maybe a security setting problem with cookies and such. My son suggested the alternative hosting site.

Took two new photos. Just tried your host but cut and pasted the link instead of using copy button:

To Jim re hosting site

The link would not show up in my text when the copy button used and the cursor line placed in text. No link no picture.

Sorry about yoour problems. It MAY be a cookies thing. Any browser add-ons working?

Anyway, as to your tree. I think it can be very nice. Unless you are thinking of a semi-cascade, I think you may want to consider eliminating that heavy branch that goes off to the left. That would lead you to a nice clump start.
_________________
Jim Lewis - lewisjk@windstream.net - Western NC - People, when Columbus discovered this country, it was plumb full of nuts and berries. And I'm right here to tell you the berries are just about all gone. Uncle Dave Macon, old-time country musician

Underneath the heavy branch there are a couple of smaller branches that have some interest. If you remove the heavy branch, try to leave those, if you can. Whatever else you do, at the beginning of summer, cut all the branches back to 2 or 3 nodes, and then let them grow until the fall. Then cut them back again.

Generally not attracted to cascade style, perhaps from growing up in tall conifer country. Semi-cascade is brilliant but would take a very long time to thicken up, probably involving more growing out. Also, a very demanding style. Heck, I might even have to wire! The deep, solid root mass (like the old gallon pot solid) would prompt a better man to attempt semi-cascade though, I must admit.

Now that you point it out, I see that the heavy side branch will need shortening (next year after rooting up) to move towards a clump style. So thanks for that. The twisty low shoots coming off of it lack taper and will probably be headed back at the same time (next year after flowering).

Take another photo next year before I botch it up so no pressure to sort it out now.

There may be another one of these salvageable but it beats up the hands something fierce to dig these out.

In a way, my crab apple root is like that. I decided to tilt it up. You can do the same and use the biggest branch as your trunk. The others can be layered for the mean time then removed later before the tilt up. Just an option to consider.

Similar topics
» Home made Jiitas for displaying my shohin trees
» Newly dug Corkbark elm - what would you do with it?
» Newly Transplanted Yew
» Newly acquired
» thoughts on newly aquired pot