Our HIV-positive yard/barn cat, Orion, does like his comforts. But he got dumped on during a Satsuki redo this afternoon. 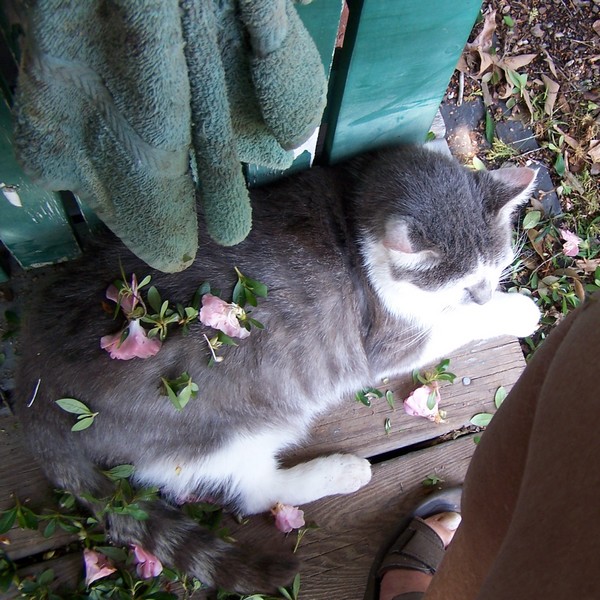 Yeah, Feline HIV. He stays outside so he and our inside cat, Bubba, who is 17, don't scrap. Bubba hates him though the window, and YOWLS. Sinice he is so old, it probably wouldn't be a big deal if he caught it, but I wouldn't want Bubba to hurt Orion. <g> (Bubba weighs about 7 skinny pounds. Orion is at least a 15 pounder and is a complete coward.)