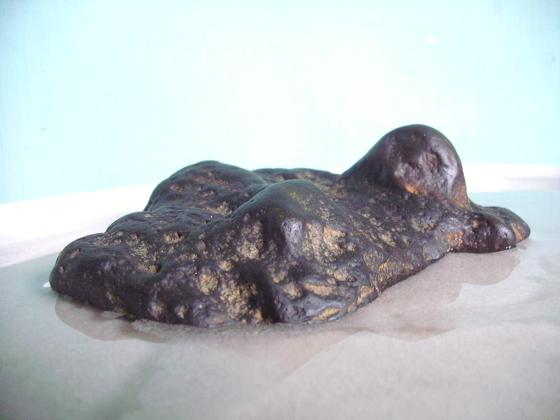 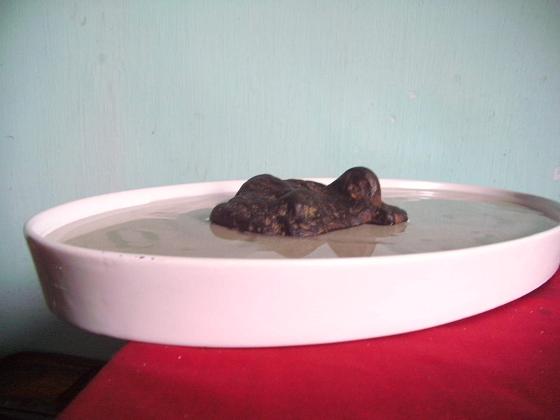 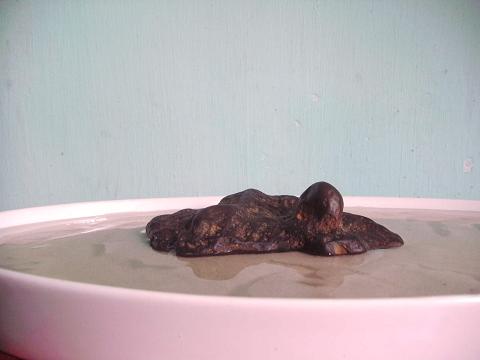 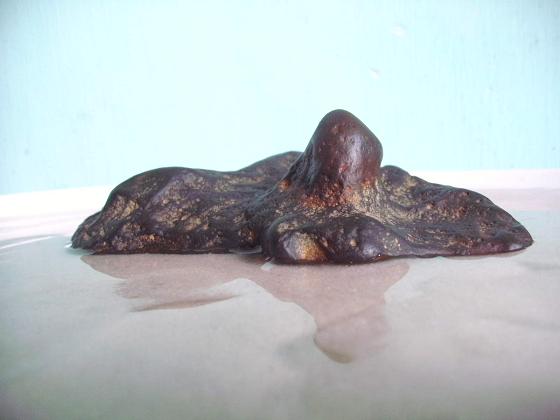 Hi Hu'ng Tran... Thanks for the question, "Why (a figure or landscape view)?" It is a question seen in California Aiseki Kai articles where the authors contend over whether or not to name a stone's shape as a particular landscape view or figure. By not naming it, some contend that the viewer might see whatever he wishes. The viewer might even enjoy multiple images morphing from a single source.

We know that images that are too realistic have less engagement in our imagination. Will an stone gain or lose presence as engaging if it captures competing imaginary views?

Larry & Nina Ragle often quote California suiseki collector Richard Ota in noting, "What you see is not what I see." That feels innately correct to me, yet it is also lacking in that we likely imagine similar objects but our sense of them creates different emotion. It is the experience of the object rather than the object itself which might differ dramatically. The herder of my bull is not the herder of your bull.

In Japan, a suiseki is often (though not always) only identified by the place where it was collected. After that, a Japanese suiseki is most commonly identified for its surface color or texture. "Poetic naming" of stones is more common than seeing their shape described within a classification system. Still, there is considerable desire to name stones according to a classification system confined to a limited range of iconic, nature-inspired landscape, object/figure or pattern categories.

The American educator John Dewey noted that art resides (forgive my paraphrasing & coloring) where a human being cooperates with an object so that the outcome is an experience. An art work's success is not as an object or perfect representation but in its ability to contribute to an experience.

If you are completely open to experience, you might rely totally on your ego & cast aside conventions which limit imagination. Inspiration from nature looms large in conventional appreciation of suiseki in trays, but you could choose to not let that affect your choice. You could choose stones for their proximity to comic relief, mawkish irony or sexual innuendo; none are precluded though a deeper experience must also be present in suiseki-style. You could choose stones for their explicitness rather than their subtlety... but this isn't suiseki style.

Dewey was not well-received in the fine arts world when positing "art as experience." Can (or should) appreciation of a stone rely more on the conditions of reception (experience of the viewer) than on on the intention of the image maker? Are they easily separable?

Conventionally, the landscape/seascape in a tray is suiseki-style. It requires validating the principal, surprisingly-slanted, round peak as a landscape-view allusion. Focused on the slanted "peak" in the last illustration, I imagine a "breaching whale in a stormy sea," which is a arguably a seascape-view suitable for a tray. Still, I've no idea how to convincingly mount a stormy sea in a tray-- sand in a tray conventionally portrays quiet, open space.

Conventionally, a daiza rather than a tray should support a figure stone. As a subject for suiseki, the figure should project loftiness.
_________________
... visit the U.S. National Bonsai & Penjing Museum, Washington DC USA-- http://www.bonsai-nbf.com

Hi Mr. CHRIS COCHRANE ,
I was thankfull that your last articles . Because in these articles , you have given rich me more Knowledge about
" an artistic stone look , and light art stone on display ... " .
In this stone ,
I choose Landscape ( scenery )
But if I select Image : I' ve seen it is the shape of an old Fishermen : I saw he head on the sable and Water , Face of him like dreaming about ( or remembering ... ) a space that ...
Once again , thanks to the very last of you shares .
Sincerely .
Hưng - Trần .
_ One another Picture of stone ( Landscape : ISLAND ) 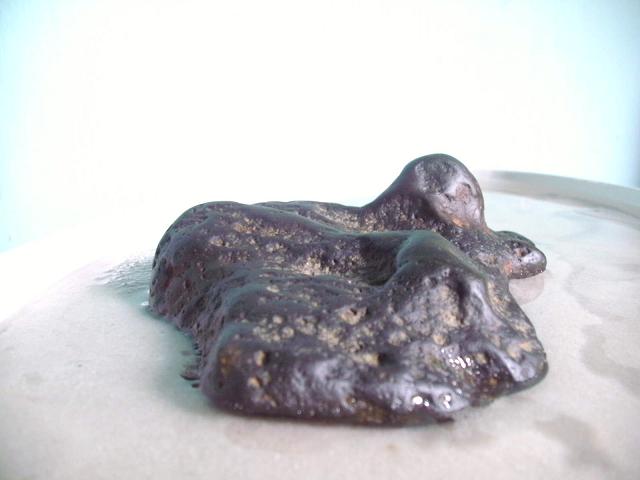 Similar topics
» Help me to choose a KILN!
» Feet Joke: choose the right
» Choose the MOUSTACHE Will should grow for Charity
» Which scroll(s) Would you Choose and Why?
» Greeting from HoChiMinh city Viet Nam