American, lived in Pennsylvania most of my life, Bonsai about 30 years. Held offices in Pittsburgh Society, landscaper, field grew Bonsai for about 12 years, sales of Bonsai and taught both beginner and advanced classes for a number of years. In the past have written articles for most of the Journals in the US, have done research on propagation and soils over the years.

I now live in Tuy Hoa Vietnam which is on the south central coast so I'm enjoying a new beginning with tropicals here. Rebuilding my collection which is now up to 8 (would be considered large) trees and growing. 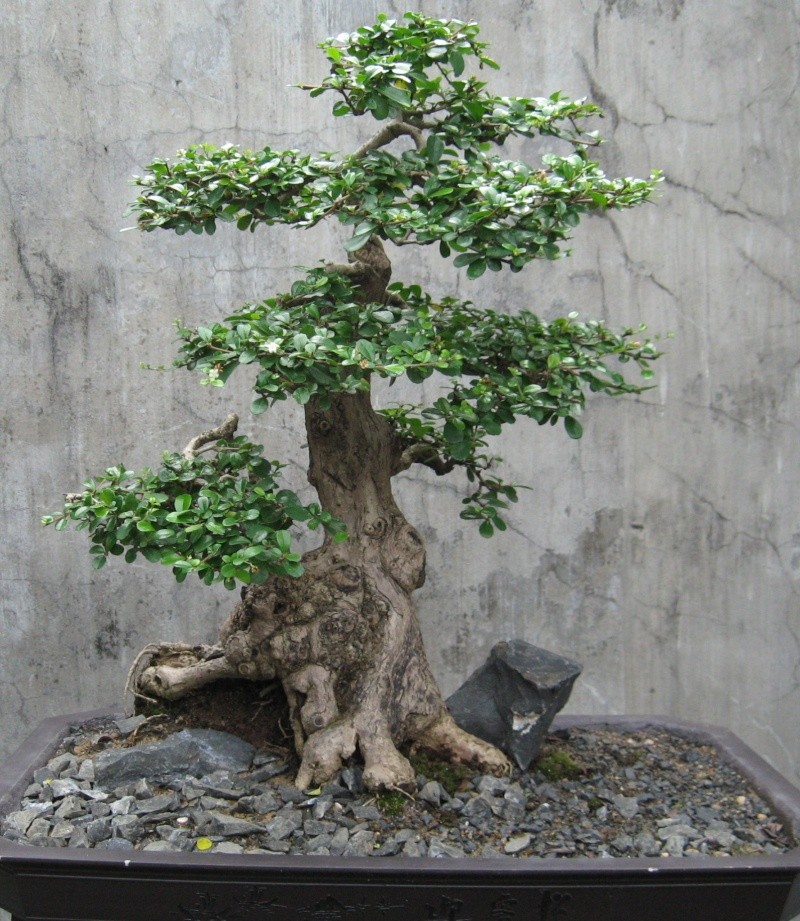 The photo is probably my best tree so far, Fukien Tea, about 2 years of work from a shrub. It stands about 34" from the base and has a base of approx. 12" above the roots.

Great to see you here Bob. We all look forward to seeing your new collection develop.

I recommend a native tree call Hao Mai, they should be in sale this upcoming new year season. They produce yellow flowers all over the tree much like an ume. Here in America we have an African variety we call Mickey Mouse tree. Hope you have fun in Vietnam. Be safe on the road.

You're probably talking about flowering Apricot tree? Had one big one and found I'm very allergic to the pollen. As it is I have trouble working with my Water Jasmine so I only let them flower a little.

Hey Bob,
How about showing us some more of the trees of Vietnam.
Jerry
www.bonsaihunk.us

No the apricote trees are not the same as mickey mouse tree. They are very similar but very different. I like them both. The weather in Vietnam is just perfect for tropical trees, you'll love the growing season and what you can accomplish in one year.

Ok Luc I'll check it out, an example of tropical growing is the FT above. That is from something very sparse and ragged in under 2 years and it has been very heavily pruned to produce more branching. Yes, I'm enjoying tropicals year round.
Jerry...I will as I have time for sure, too much going on in the next week or so. Also having trouble with this uploading host--they gave me a password which doesn't work.

Also having trouble with this uploading host--they gave me a password which doesn't work.

No password needed to upload pics to the forum. Have you read our tutorials?

Hi Jim,
Yes it worked...once...now I get a different window that wants me to sign into the image host to post an image. Tried a few different times but keep getting the same thing.

Testing image posting
Although it took a longer than usual time for the image to upload, there was no request for a password, so nothing has changed for me...I don't understand the issue you are having. 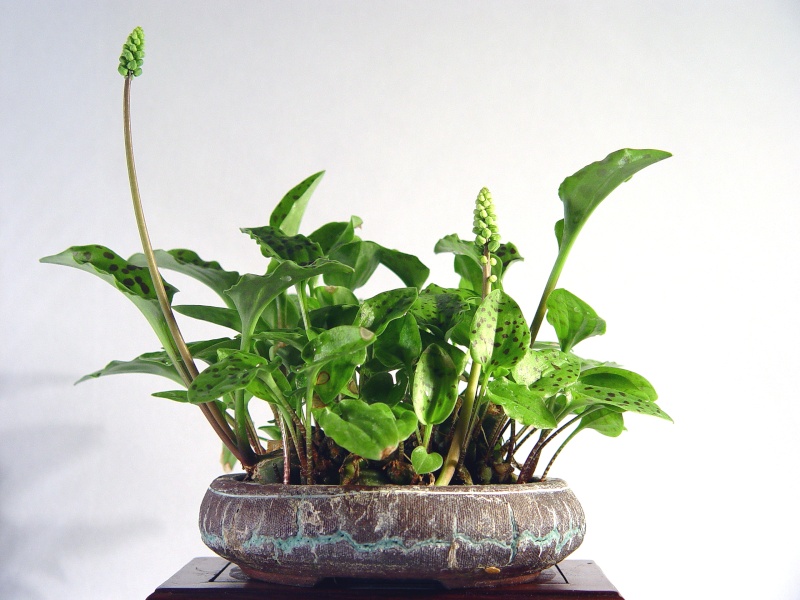 Sorry for going off the point but, who made the pot John and whats the planting?

Will, Drimiopsis maculata in a small pot by Horst Heinzlreiter.

because I want to show some of the material I've found on a few road-trips here. Bonsai in Vietnam is different and most of the trees tend to be larger to the point of huge.

An interesting note:
Most of you will never experience this so it's different as well. I wanted to display my one tree which has had the most work and, this year, is finally good enough to show. I wanted to display it in the annual Tet Display here in little Tuy Hoa, which would make me the first westerner to ever display here.

I have also tried to join the local association but, all of them being good Communists, have told me A. go to hell and B. I must have a tree worth a value of at least 50.000.000 VND--which is about $30.000 USD. They also told me that there was no way I could display a tree, period!! This got my buddy Tuan all fired up and he went on a little rampage. Today we met with the 'director' of the Tet Bonsai Display, he's in charge--not the other guys after all. He was amazed that there was some western guy working on Bonsai here and that I actually had a tree to show!! Choi Oi! I also have pics that show the progression of the work and to prove I didn't just go out and buy the tree.

He and a few of his buddies are coming over to view the tree but, it's a done deal, they are bringing the paperwork and the tree is in the show/display for this year. It's a good thing I didn't throw in the towel and kept grooming the tree, it will also be the only large FT in the display.

Bob good to see you on this forum..there are a lot of great men and women that post here,very knowledgeable,,..I am sure everyone will love the vet. bonsaies..iseen them on another forum.. post soon,,john

Hope you will enjoy Tet in Vietnam

The tree with yellow flower is called Hoa Mai or Ochna Serrulata (spelling?)