Some years ago when I attended a local Bonsai club, We acquired permission to dig trees in a wooded area known as Wharncliffe side, I brought several beech home with me and a lovely oak that was close to the edge of a rough track which must have been kept clear with a machine as this Oak was gnarled, Twisted and scarred!

I thought it was fully dead but still carried on watering, The following year it managed to put out several shoots which although slow growing they seemed healthy!!

Last year I removed three and left two, The tree had split after it died back and luckily it had shoots on both sides to choose from!

This year in spring I repotted it in to better and more open soil but it didn't come in to leaf, I also have a 70' Oak at the bottom of the garden which is always the last tree to come in to leaf but was green long before this little one that showed no sign of leafing out so I thought it had thrown a strop again and was going to die just out of spite!!

The new trunks are very skinny so i'm going to feed it with some seaweed extract to help it along!! 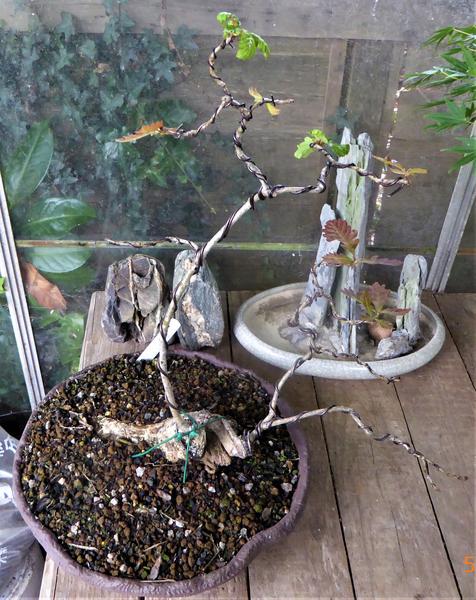 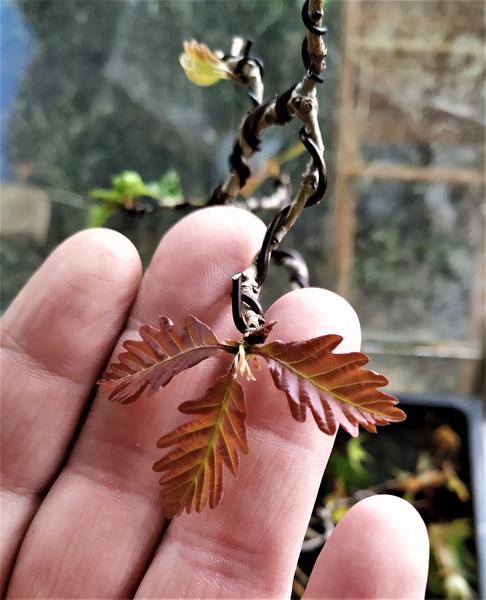 This pic shows the original die back which turned in to a split, I think it may have rotted to this stage yet when I try pressing my thumbnail in to the heartwood, It's rock solid!, Actually, It looks like I put some Lime sulphur on the deadwood although I don't reacall doing so! 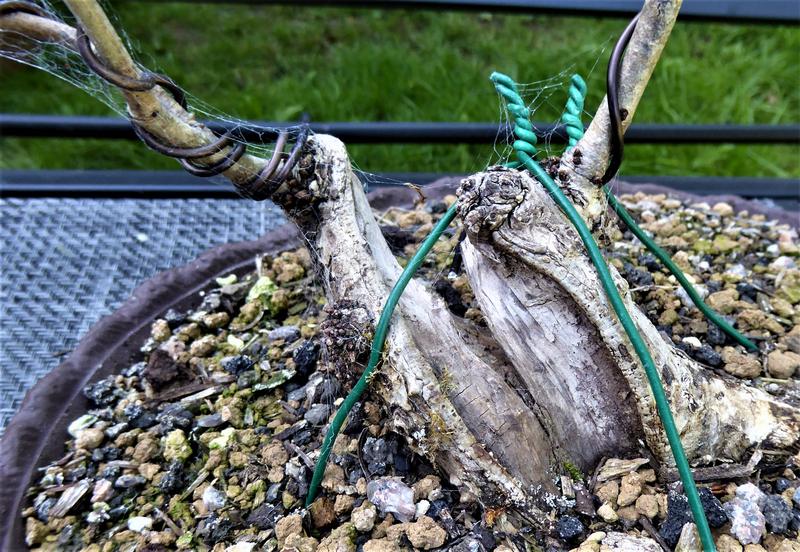 Hopefully in a few more years the trunks will have thickened up some, That is if something else doesn't upset it in to discarding everything above soil again!!

Very neat story and tree. I would probably go with a slightly stronger organic feed in addition to the seaweed extract to help it gain strength. I bet it spent the spring and early summer building enough new roots to support pushing out a few leaves.

Marty Weiser wrote:Very neat story and tree. I would probably go with a slightly stronger organic feed in addition to the seaweed extract to help it gain strength. I bet it spent the spring and early summer building enough new roots to support pushing out a few leaves.

I reckon you're spot on about building the new roots as when I pulled it from the heavy compacted soil there was only three long roots that encircled the pot with very little fibrous roots, I had to cut it back to an acceptable length to go in to this new dish!!

I have the same bonsai
when I decided to do landscaping in toronto , I immediately fell in love with this tree

Similar topics
» Collected English Oak (Quercus robur)
» Olive, she is not the skinny one
» What To Do With a Tall Skinny Black Pine
» English Oak
» Bonsai Shari Sidiao