Here's another Juniper that I was given some years ago (I put that it was 2014 but I found earlier pics confirming that it was 2013!), I had no idea what to do with it due to the big bend to the left so it was watered and nothing more!!

I finally bit the bullet due to the boredom of Furlough and had a go at it!! 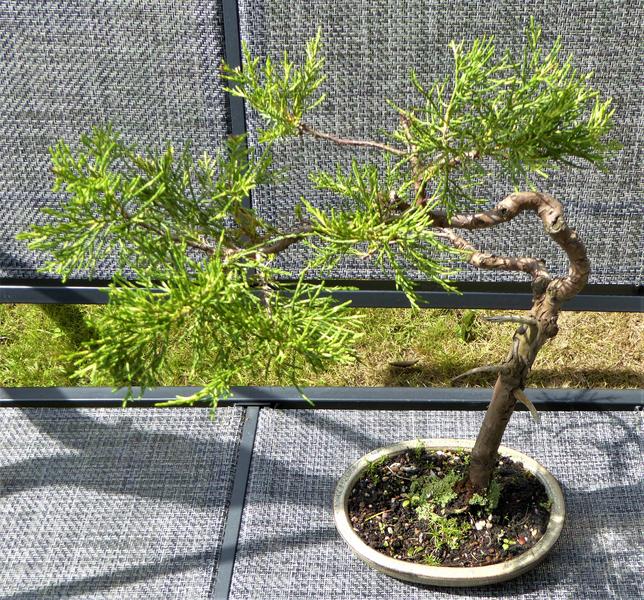 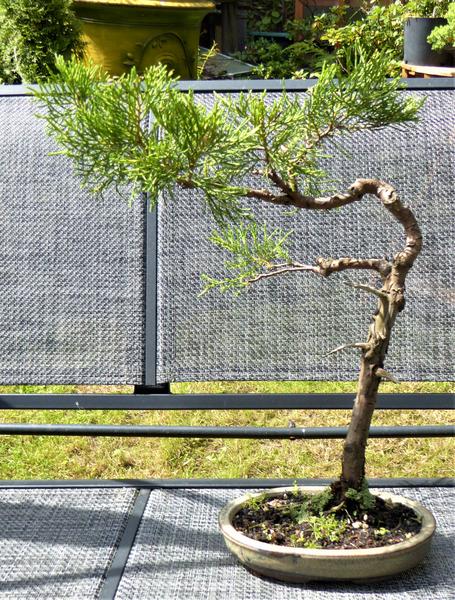 There wasn't a lot of foliage but I felt that some needed to go, I used Microsoft paint to add a few longer jins further down, I thought about drilling some small holes in to the trunk and carving some 'faux' jins from old twigs then glueing them in, Not done it yet though..

The bottom branch was in the wrong place so it had to go too!!

The bend was so severe that when I applied 6mm wire and pulled the trunk up, It slowlt sprang back, I didn't want to wrap any more wire round so I tried just pulling it up every few hours, A little more each time and eventually it stayed near to where I wanted it although my poor wiring didn't help!!

I think it qualifies as a Literati style as I can't think of any other category it would fit in to!!

Was selecting a dish for next spring as it's been in the rubbish compost for a few years now!, Think i'm going with the brown one in the centre! 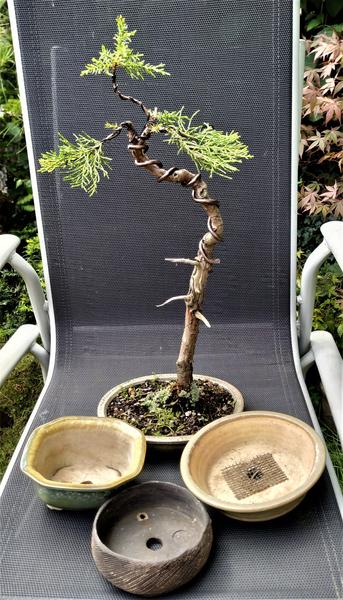 I'm quite happy with the outcome and it's not getting pushed to the back now!!

Nice job, but I don't think you need the extra jins. This is case where some copper wire and slightly longer spacing between coils would have made the first bending set. Of course I wired a pine with too small copper wire today and had to add a guy wire to put it where I wanted it so there is always room for improvement.