I have two Jacarandas in 50cm pots that I grew from seed about 20 years ago. 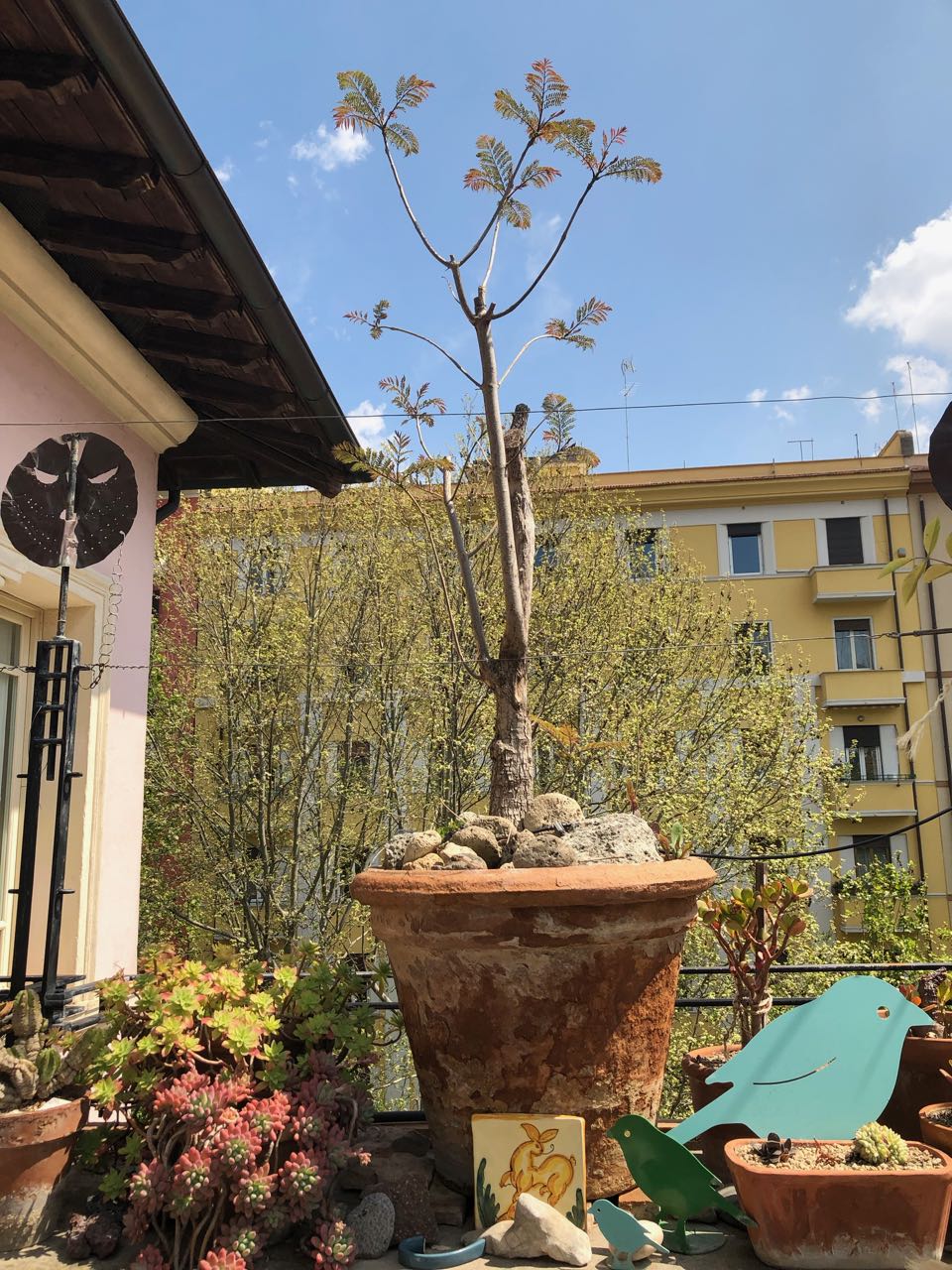 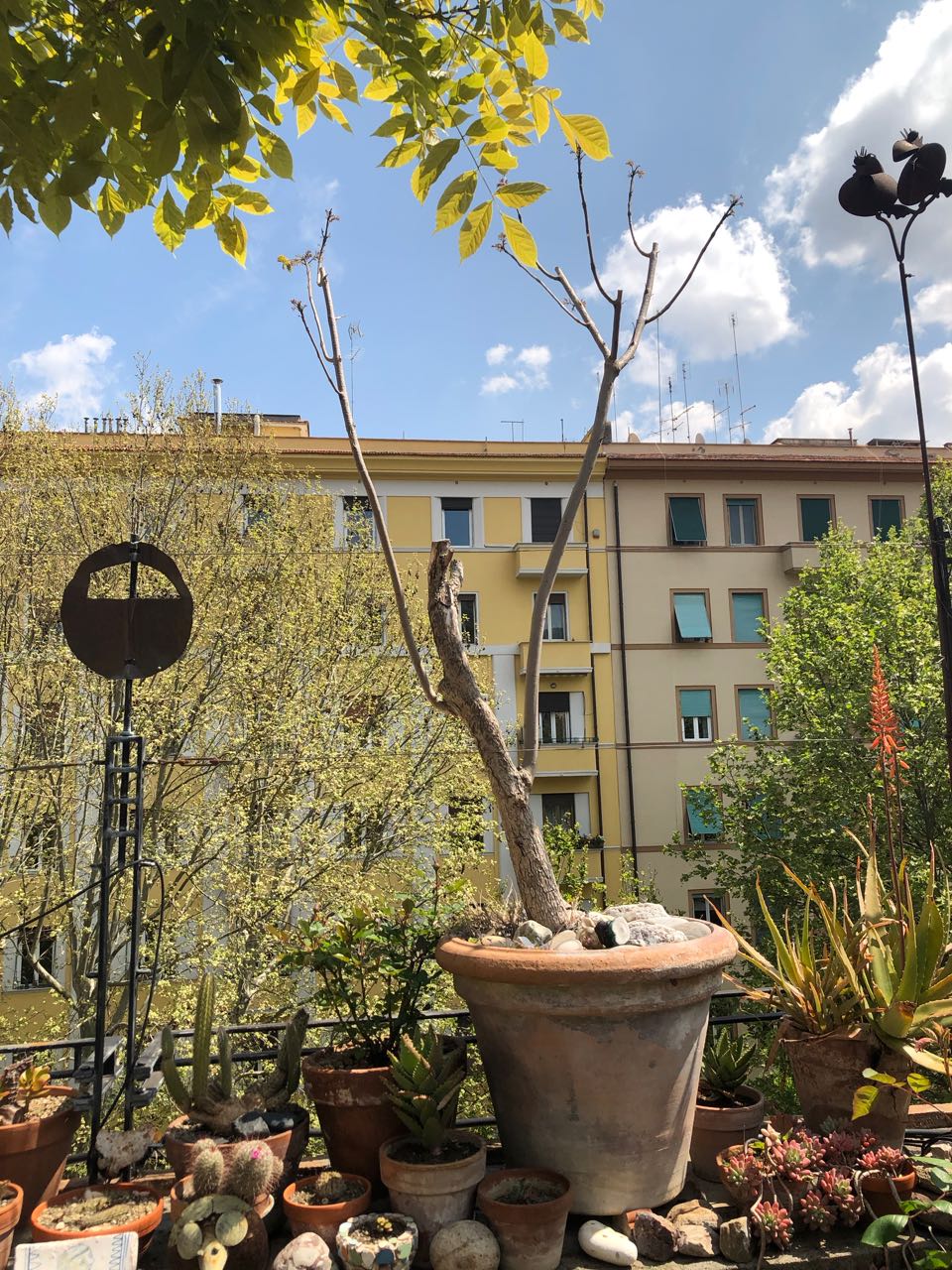 I wanted to give this some time for someone else to answer, but it looks like nobody else wants to throw cold water on you. I don't either, but alas and alack, the answer is not sweet. I grew one from seed 20 years ago for ~10 years that was much smaller than yours because I did it in a greenhouse in the north.  The leaves are too big.  Out in the landscape the fronds are ~4 ft.  I was able to get them down to under a foot which looked silly, anyway.  The problem is that they are programed for some net square feet  of leaflet surface which they satisfy with a billion 2 inch leaflets.  The way we force other trees to make smaller leafs is to cut off all their leaves reducing the leaf net area to zero, and the tree responds by activating all the secondary buds and tertiary buds in an attempt to replace that amount of surface area.  We do that after the first set of leaves are mature to the extent that there are suitably mature follow-on buds in the axils of those leaves.  That is usually some time in the 3rd week of June for me.

The number of secondary buds that are available on a tree that just has 11 leaders with 4 primary buds apiece is very limited to begin with, and worse, the follow-on, next generation buds on a tree that has 4 foot leaves with a billion leaflets will not be mature until those normally 4 foot long leaves are ~mature~.  I don't know how long it takes to grow a 4 foot leaf in Florida.  I was never able to get more than two sets of leaves in a year (2 pairs per cluster at the leader).  I never actually had more than four leaves at two leaders in ten years.  I don't remember how long they were, maybe 12"?

This is logical because plants normally grow their leaves in arrays positioned along the stem such that the leaves above cast the minimum amount of shade on the earlier leaves below.  Research into how leaves are packed in the bud shows that they are both positioned along the length of the stem, and rotated axially about the stem, and the leaf is shaped so that when they are fully extended, they are arranged to both gather the most light and cast the least amount of shade on those below.  Regardless of how many ranks of leaves.  The rotation arrangement is always a golden number, that is 137.5°, maximizing the ability to gather light. Jacaranda is known as an "airy" looking tree because they normally have a long space between fronds (I know they're not fronds, but that's what they look like). That's the amount of space they need to have lots of leaves.  The are fast growing, too, so that says they use all that light that all that space provides.

So, keeping that in mind, you will understand that a tree with 4 foot leaves would be programed to have enough space (long enough internodes) to accommodate the the sharing of light between the successive ranks of leaves.  Otherwise, the understory leaves would die just as quickly as the new leaves shaded them and the tree would grow ver-r-r-y slowly and store very little energy for the following season with just one layer of leaves.  So,you're gonna be doomed to large leaves, and long internodes, all of which says, "You will put me in the landscape, or I will continue to thwart you, or both." 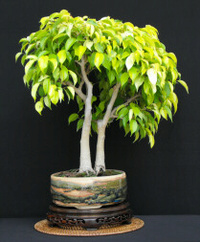 I'm going to persevere though, since I've still got these two great big plants and they need to stay in pots on a terrace.

I'm not a purist and I can put up with a larger sized plant that isn't really a Bonsai. I'd still like to get them shorter and bushier and I could really use some advice on how to encourage them to sprout new branches lower down the trunk.

Jacarandas shed their leaves here (central Italy) in winter and these two plants of mine seem only to want to sprout from the tip of upward pointing branches - leading to the long spindly form you see in the photos. I'm scared to snip the tops off in case I kill the plant.

I wonder if a richer diet of fertiliser would help? And what type? At present I use a balanced, granular slow release fertiliser that I kind of top dress when I clean the plants up in the spring.

Zenzero wrote:I have two Jacarandas in 50cm pots that I grew from seed about 20 years ago.

You have to limit the size/growth of the apex/top portion.
By constantly pruning the top , you will induce lower dormant nodes to bud from the main trunk which can be trained to be lower branches eventually.
Also, the 2 branches are too long and need some work.
Shorten and or retrain 1 to be the tree trunk with a movement. 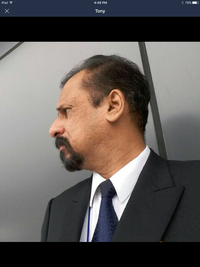 I can offer a few seeds of the Texas Ebony [ Was Pithecellobium flexicaule ]
if you would like to try them. Just p.m me an address you feel safe with.
I am about to send some to a friend [ [I.B.C.] in Greece.
Took 2 weeks to reach Greece - if memory serves correctly.

The Jacaranda is leaflet dense, but branch sparse.

Also see if you locate a local Celtis, and try that instead.

Always take cuttings and experiment on them, not the mother plant.
Until.
Khaimraj

* How about Japanese Black Pines from seed ?
Chap on Amazon U.K. supplies seed.

See that central stump that used to be an attempt to head back this critter?  See the two different sizes of shorter stumps arising from it from earlier attempts?  Look at the bull cane growth that came from these attempts and the length of dieback.  Get used to it, it's going to occur, over, and over, and over.  Long internodes means long internodes:  the distance between buds/bud clusters regardless of where you want to have a bud.