This evening Owen Reich presented an educational program to 55 members of the Bonsai Society of Upstate New York in Rochester, NY. He drew information from his intensive two year apprenticeship with Keichi Fujikawa in Osaka, Japan. His program was on the refinement of deciduous and broadleaf evergreen bonsai.

The Powerpoint program was well organized and presented information on techniques he learned, some of which I have never heard of, but will experiment with. He used Harvey Carapella's Japanese maple masterpiece bonsai as an example of a well developed and refined bonsai. Having never seen this bonsai before he instantly noticed a couple of heavy branches which were removed and will be easily replaced by a young new shoot.

After explaining the refinement of the Japanese maple, Owen used a Winged elm to show how to begin the creation process with an untrained tree. He briefly showed how to prune and basic wiring.

All of our members, some of which have decades of experience enjoyed from Owen's clearly presented, informative and enjoyable program. I look forward to learning from him again and watching his career develop. 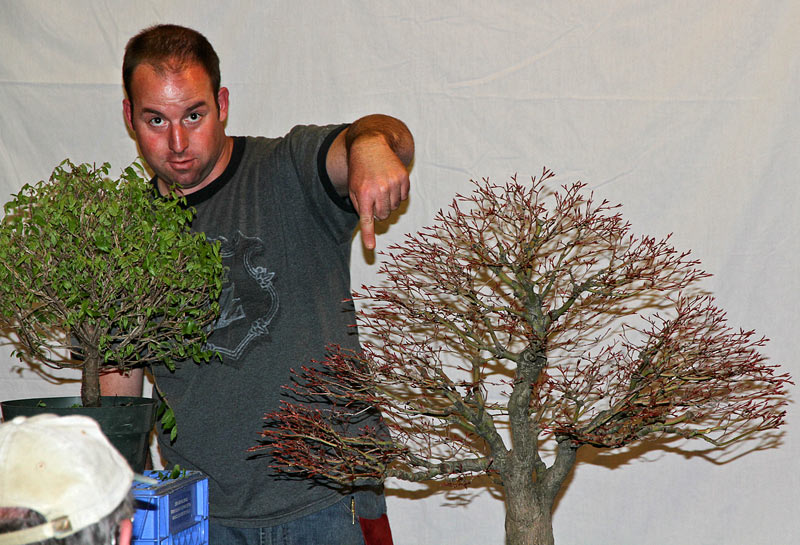 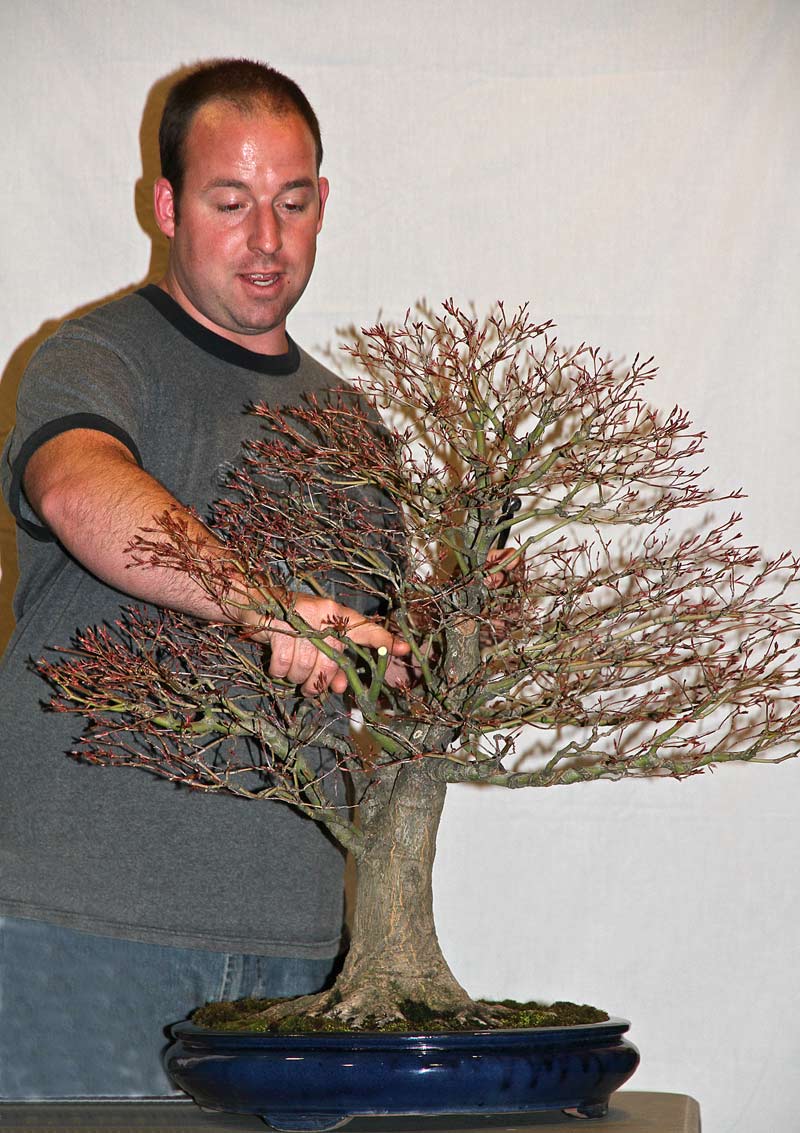 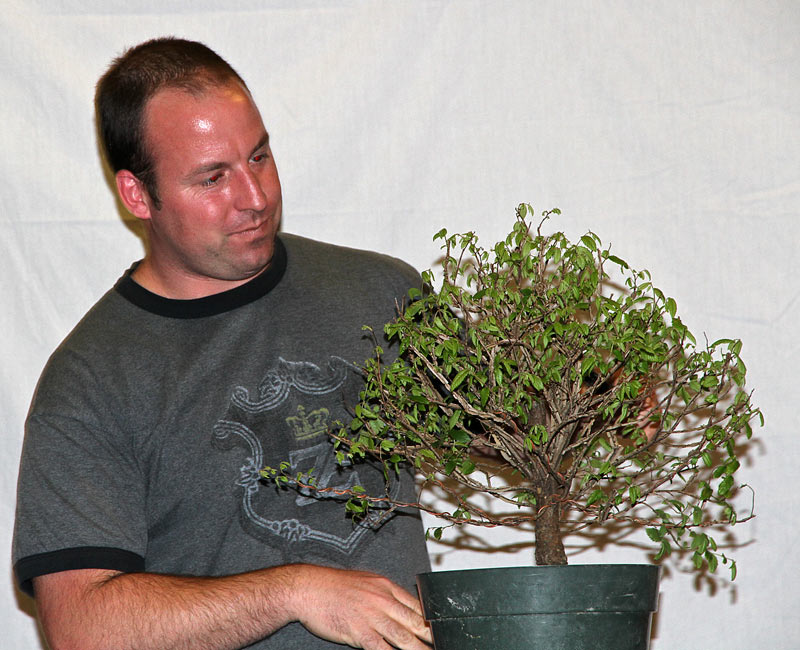 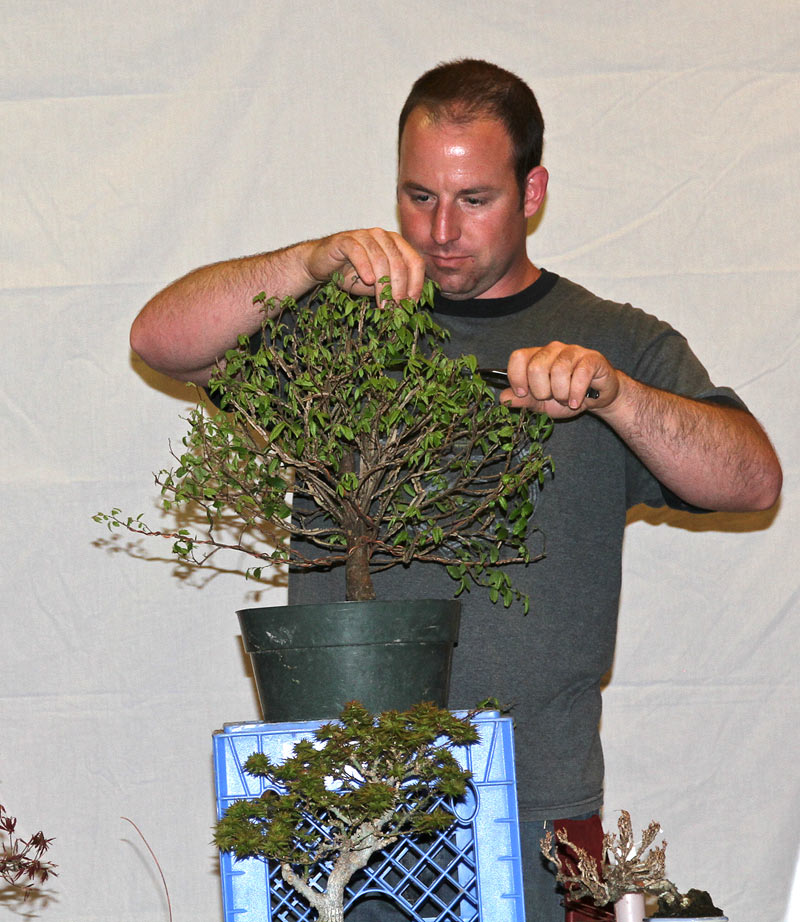 The group in Rochester was very knowledgeable and many of the collections I experienced in the area were world class. A stop at Bill's and the Rochester Club was a great way to end a two week tour of New England. The Mid-Atlantic show was excellent as well. Looking forward to working with more groups and individuals up North in the future for sure. Too bad I can't grow Larix in Tennessee or I'd have a truck full. Wonderful.

Ha ha! I love larches too, but I'm content to admire from afar. If I had to live where they are happy I'd be miserable - and vice versa.

Bonsai Unearthed wrote:Too bad I can't grow Larix in Tennessee or I'd have a truck full. Wonderful.

Try golden larch, Pseudolarix amabilis. It is said to be a good imitation, and grows down to Zones 7 or 8.
Iris

Really like that maple in the second image.
Would love to try a Gmelina, in that shape.
Thanks for posting.
Khaimraj

Pseudolarix amibalis is for sure a possibility down here. It was an interesting feeling to drive from Bill's to Nashville yesterday and go from "dormant" trees to "full tilt" at home. For all those that have either, be sure and watch out for Camphor Shot Borer. They attack in swarms and really ruin the day of any soft barked species (Gingko, Larix, Pseudolarix, etc). I've seen their damage in the nursery trade coming out of Oregon and in the landscape in Nashville. Permethrin trunk sprays and Imidicloprid soil drenches will help.

The Acer palmatum in the photos is one of the best I've ever seen in America. During the presentation I said "the only major problem this tree has is it isnt' mine"

I realise that your busy, but I wondered if you grow tamarix / tamarisk.
Jun was aking about Penjing [ one wonders why he does them so well ] and I had to look up Hu Yunhua's book, where I noted a very beautiful tamarix.
Since you can't have Larix, maybe you can have tamarix.

And yes I read your blog -

Yes Tamarisk grow in Nashville well if you don't over-water in Winter. I had the chance to work on a nice one in Japan. I'll try and track down the photos. They also make excellent wind-spepts.

Thanks for reading the blog www.bonsaiunearthed.com. I'm working on articles for International Bonsai lately, but will post more soon.

Thanks for the warm welcome.

Bonsai Unearthed wrote:Yes Tamarisk grow in Nashville well if you don't over-water in Winter. I had the chance to work on a nice one in Japan. I'll try and track down the photos. They also make excellent wind-spepts.

Thanks for reading the blog www.bonsaiunearthed.com. I'm working on articles for International Bonsai lately, but will post more soon.

Thanks for the warm welcome.

Welcome to IBC, Owen. Raleigh awaits you again with open arms....and a bamboo shovel waiting.
Have a great weekend!!!
Sam 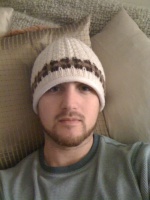