Bill Valavanis was at the North Carolina Arboretum this past weekend, the final stop on his 2009 Southeastern tour. Bill did a lecture/demo and two workshops, and did the usual fine job of it. 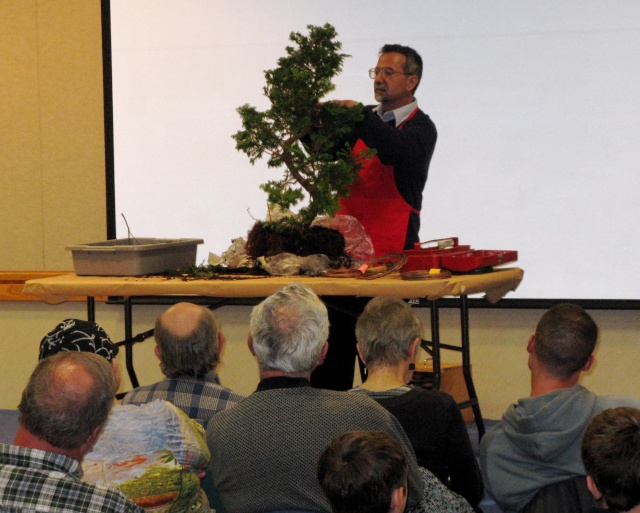 What makes it remarkable, however, is that, as most people on this site know, his house was completely destroyed in a fire just a couple of weeks before this tour was to begin. It's hard to imagine anyone else who could suffer such a calamity and still go on and honor the commitments he made months ago. Bill was in constant contact with his family during his time here, monitoring all the ongoing work to set up a makeshift trailer park adjacent to their burned house, so they can stay on their property until a new house is built. His family lost all their personal possessions in the fire, and I can only imagine what it takes to put your life back together after such a catastrophe. Yet here was Bill, back at work, pressing on and keeping to his always-hectic schedule. And doing an outstanding job of it, just as you'd expect.

It reminded me of something that I've known for awhile now - In the United States, Bill Valavanis sets the standard for bonsai professionalism. 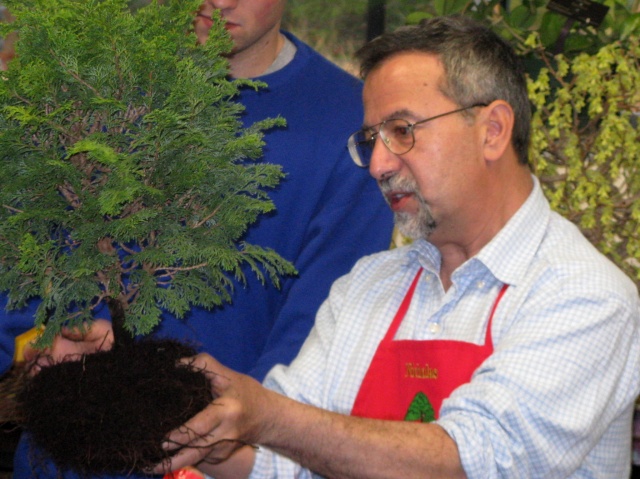 Bill did a wonderful presentation on Spring Flowering Bonsai at the Lehigh Valley Bonsai Society(Eastern PA) meeting two weeks ago.

I'm glad I was able to see Bill in action.

Hemingway spoke of "grace under pressure" Bill is surely an example. And has been said, he is a true professional.

I'm going in November. Any advice? To the NCA.