While posts on bonsai plantings are best found on IBC's Bonsai Discussion forum, I recently noted a blog post on collecting stones for bonsai planting & thought it worthwhile for discussion, here.   We frequently collect stones for viewing by-themselves or for enhancing our gardens.  Perhaps, some have a keen eye for choosing stones for root-over-rock, stone tray or miniature mountain bonsai planting.

What is your process for choosing?   Do you look for these as you search for viewing stones or is the search separate & distinct?

Here in SW WA, more broadly known as the Pacific NW of the US, we are fortunate to have black lava rock in abundance. Few years ago in spring, found 100+ 2" high Japanese Maples growing in the bark dust under the aprox. 12' high mother tree. Plucked a number of them and went looking for lava to grow the babies on. Found wonderful and very differing samples. (Also found some scorpions under some loose lava rock, so be careful "prospecting" in lava, but scorpions also make decent pets).  Have never considered any other rock for bonsai.

Ok, here we go again after reading the first half again and the last half this time, of the picture adding tutorial... 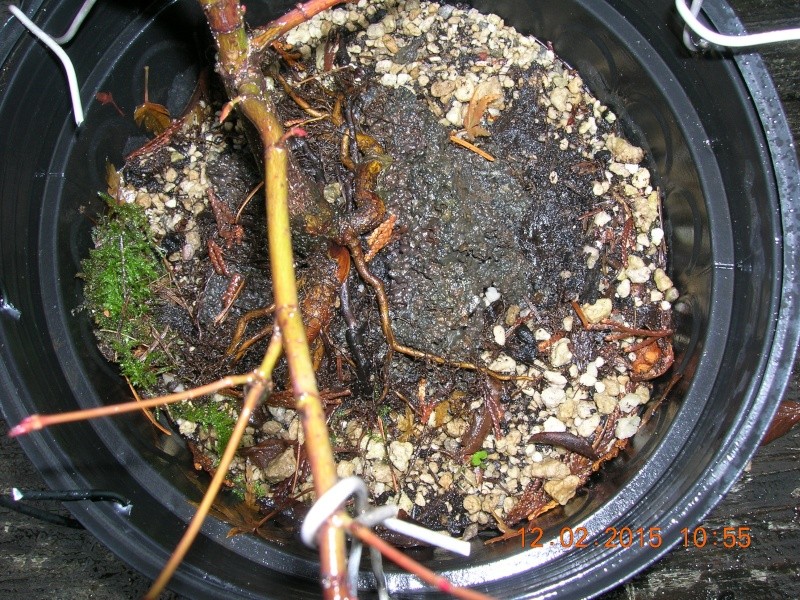 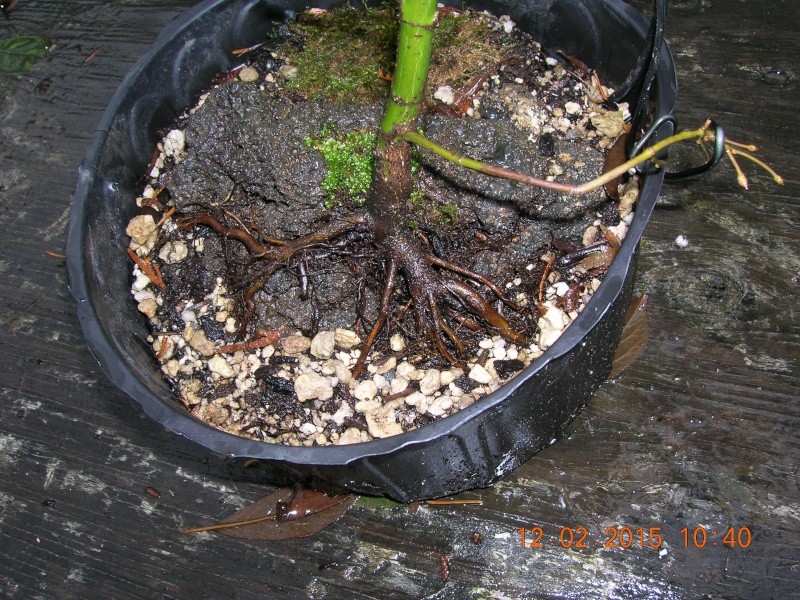 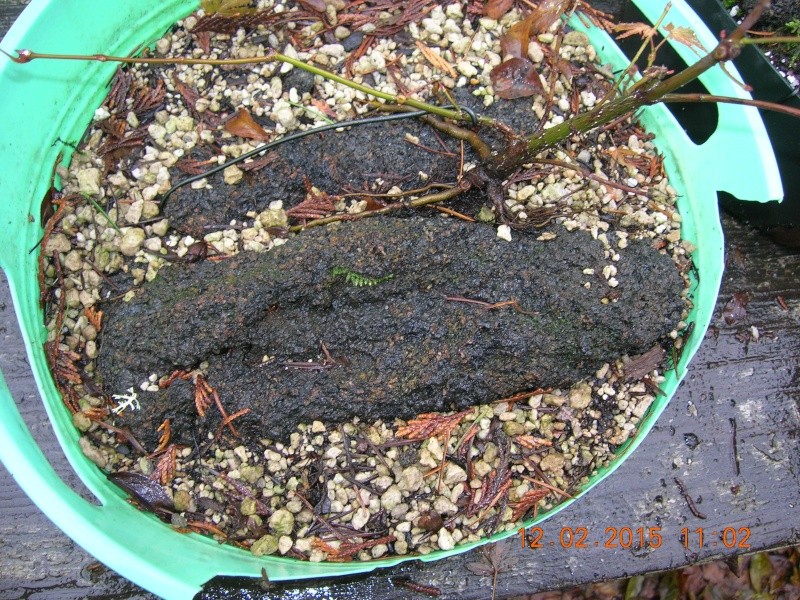 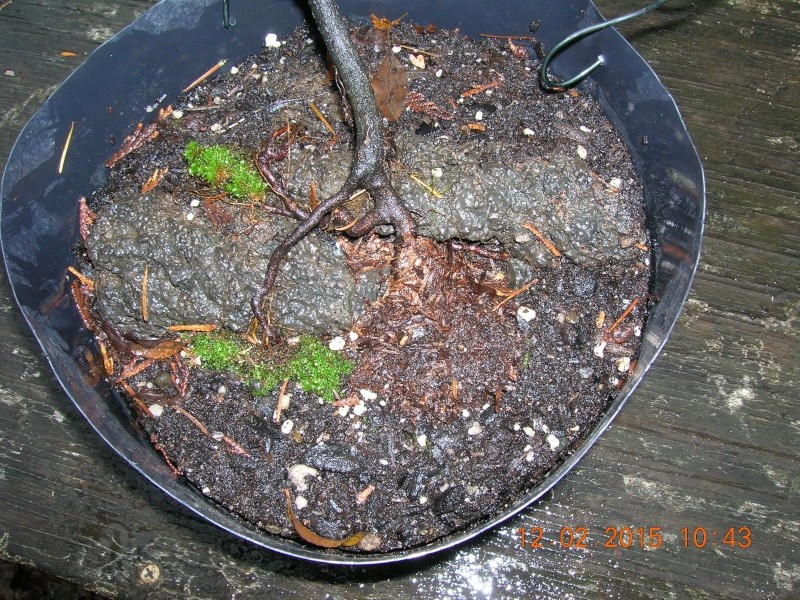 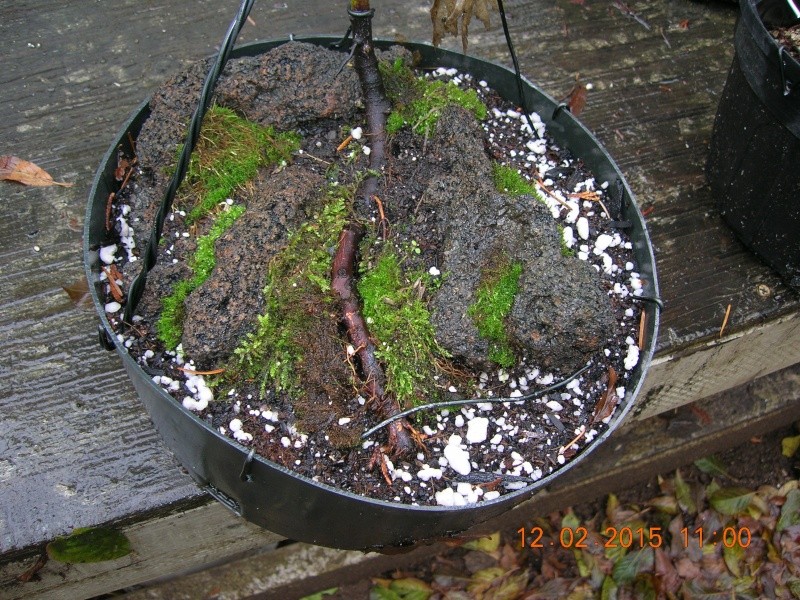 Some of the lava has some tinges of red lava rock, one has in the same piece a column or form of non-pourous, glassy-ier, bumpy, lava right next to a column of pourous lava. To me, some very characteristic lava. Hope ya like it (as in appreciate, not "hit the like button").

Jomawa, we need pics of course!
I'm collecting stones since the day I could walk, so I got quite a bunch. Almost all of the ones I keep are crystals or (raw) gemstones of some sort, which are pretty rugged and juggy. Those are the stones to put trees on, but I also got an ash on a relatively smooth stone. (It's a project I started this spring, not really showworthy yet)
Also, the quartz/slate stones (found in Hunsrück, Germany) are favs, for both viewing and planting.
Also, I bought a couple of petrified branches to plant a tree on.

Sadly, in this part of the Netherlands are not much stones bigger than a fist..

Chris, would you tell us some of your picking criteria/processes?

Root over rock is my favorite composition. In my first attempt I perched the trees straight on top of the stones which doesn't give the best results in my opinion.  In my second attempt, which I will unveil next spring, I still perched on top but at an angle.  This will probably be better but not enough for my taste.  The stones below were collected from a creek in my back yard.  After a hard rain I go looking to see what washes down. I sometimes find a suitable stone.  I collect about 4 or 5 a year.  I look for jagged rocks with irregular outlines and hopefully color variation. I also now look for rocks with a place to plant a tree other than on the top.  I am always looking for L shaped rocks but seldom find them.  Here are some of my best. 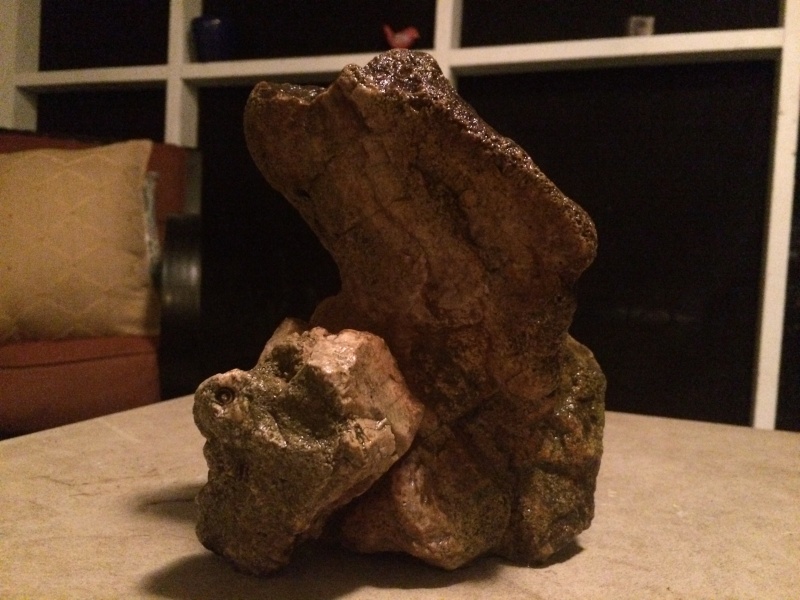 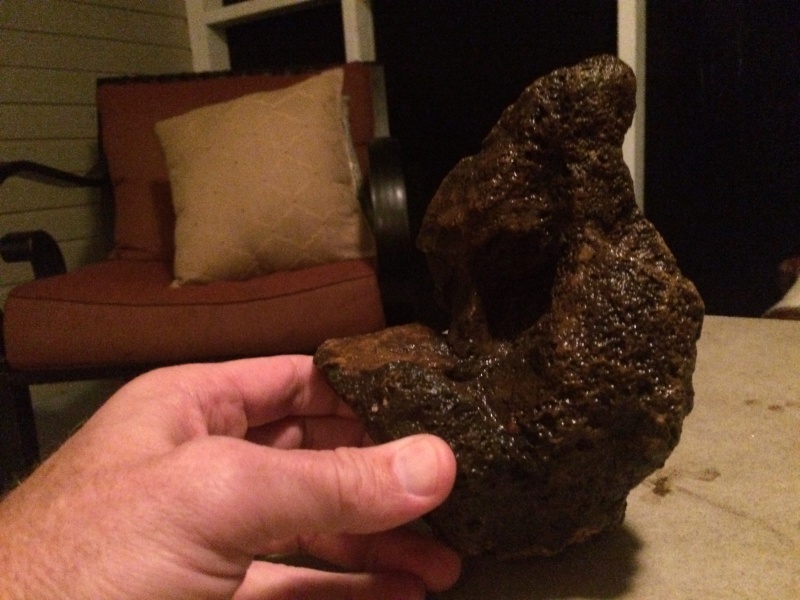 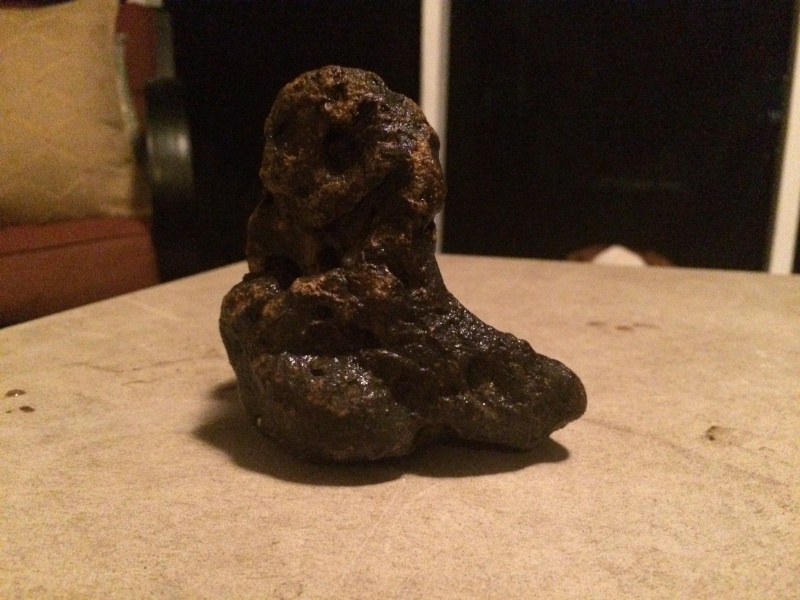 Nice stones, Steve.   Not only are the contours interesting, but the colors & apparent hardness are great. Your decision to choose L-shaped stones looks right to me.  Placing roots along vertical depressions descending from the planting area downward will emphasize each root's "clasping" & power against the surface of the stone.

For stones replicating a mountain peak with clinging trees, I prefer the stone's apex reach higher than the apex of plantings along its side.  Cascading (or semi cascade) bonsai are often suitable for a vertically-oriented stone peak.  Many compositions do not follow this guidance, however.  I own a stone from Yuji Yoshimura's collection (Figure #146 in The Japanese Art of Stone Appreciation)  that was prepared for planting miniature trees when I obtained it.  Yuji had cemented ties on the stone's sides but also along depressions between peaks (saddles) across the stone's ridgeline.   Rather than add plantings, I returned the stone to viewing stone appreciation by carefully removing the cemented wire ties.  Yuji displays considerable variety of stones with plantings in his suiseki text.

For stones used as planting containers, my most readily available source is bog iron.  I once planted a forest
on a large slag (debris from iron production) tray.  While the light-in-weight tray had endured long beside my bonsai, it disintegrated after planting trees on the tray... :-(

Bog iron for plantings on my bonsai bench... 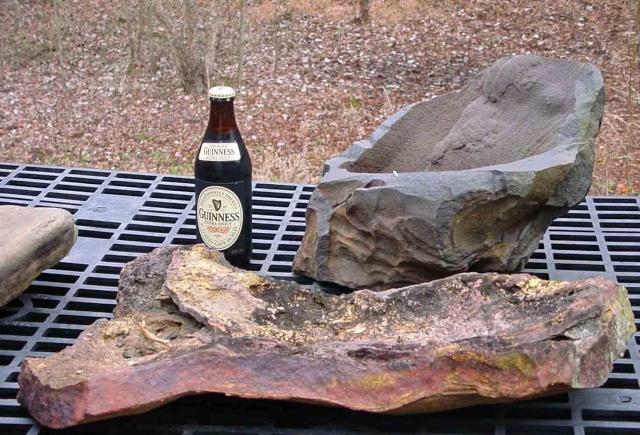