I have always been fascinated with these two ocean side rocks linked together with a sacred rope. When i'm out
searching for suiseki, I have a sketch I made of them and look for something that could be made to look like them. curious to get feedback? Cool idea, sacriledge?

saw that 20 people looked at the request for comment but atlas perhaps they are not familar with this popular
tourist site...here's a bunch of pixs....
http://www.google.com/search?q=wedded+rocks-japan&hl=en&client=safari&rls=en&prmd=imvns&tbm=isch&tbo=u&source=univ&sa=X&ei=2YnXT_PgB8aW2QXHvZCOCw&ved=0CFcQsAQ&biw=1024&bih=956

Two rocks (or more) in a tray is more acceptable for bonseki than suiseki. I've seen bonseki displayed with the red torii gate in the sea as seen to indicate a sacred Shinto island such as at at the Itsukashima shrine/(a.k.a., Miyajima) across the bay rom Hiroshima. Also, I've seen the torii in bonseki at the by-land-spit entrance to Enoshima. The seascape "Wedded Rocks"/Meotoiwa near Ise has a torii gate near the peak of the larger rock as well as a very prominent shimeniwa rope, that indicates a place where "Shinto gods"/kami reside or 'descend to earth.'

The shimeniwa rope indicates "a place" which could be a tree, stone (iwakura), clearing, building entrance et al. that should be respected for its purity. The torii gate is not unlike the shimeniwa in indicating passage from the profane world to a spiritually elevated place. I looked in several of my bonseki books for a miniature "sacred rope" or the painting of such a rope made of sand, and didn't find them.

Would you place a sacred rope around a bonsai for exhibition? Probably not. Placing a rope around a rock (or between two rocks) seems extraordinarily rare, if ever done. Placing two stones that favor the "Wedded Rocks" larger stone with smaller, closer stone (usually to the right) bowing toward it is not uncommon, but I can't read the titles of bonseki in Japanese to know if they indicate the famous "Wedded Rocks." Popular scenes are often replicated (sometimes with very little representational accuracy) in bonseki.

I do not think a sacred Shinto stone, landscape-tree or forest-clearing bound by a Shinto rope can be moved from one location and posited in another-- their place (as-found) is significant. While I've not heard of a transportable natural found object as "sacred," Keiji Murata has written of a wave-washed ("suwari") stone noted in the Tales of Heike as shining under the waters as the "first" stone appreciated as suiseki. The stone associated as that rock is garden-stone sized & unmounted in Juseki publications; it is not designated an iwakura or roped; it has been moved to a temple (Buddhist) garden if I recall correctly.
_________________
... visit the U.S. National Bonsai & Penjing Museum, Washington DC USA-- http://www.bonsai-nbf.com

Thank-you Chris for taking the time and effort that you put into your post. educational and helpful ( as always)

put under the table

Hey Dick!
I once tried this same theme at a club show,
Had the two stones same kind in same style daiza,
placed on one large black lacquer jiita, reflected as water.
one as man left tall and wife smaller right, quarter spacing.
colored pattern images facing each other.
braided rope myself, hung 7, small 1" lanterns on it.
then used bronze okimono crane pair as accent.
(mated for life)was rejected to my horror!...

interesting, thanks for your input stoner. hard coming up with anything original

It is good to know that these types of "reproductions" of real life don't seem to be generally appreciated. Your input is really changing my enthusiasm toward doing something like this....

Oh No Dick,
Try you might succeed were I failed.
Not sure what I did wrong, was to embarrassed to ask.
I assumed it was my craft work not up to show standards.
Maybe I should have put both stones in a large suiban or doban?
so the sand or water was more in keeping with the real site?
One things for sure no pain no gain...

my original intent was to put it in a suiban with water. the inside was blue and outside a sandy brown. I might just do it for my own enjoyment. 7/11 is our 43rd wedding anniversary, so that may be appropriate.

add a scroll with calligraphy word "longevity" or picture of,
raising or setting sun over Ocean, or two birds, blooming flowers etc.
add a bronze of any related topic would finish it up nicely.
Maybe a peach shaped incenses burner, rising sweet fragrance!
if at home, your the boss, looks good to you?
all that really matters...

In regard to technique, this 2-stone theme (if you use 2 stones) might be more easily accepted for a a bonseki than suiseki exhibition. Still, the "feeling for" & "power of" a natural scene will be easily conveyed if you manage it subtly. Feeling is more important than technique... and yours will not be the only display with two stones in a suiban. "Too much lipstick on the pig" (reliance on accessories rather than the stone) and it will lose rather than gain resonance, however.

A "rising sun over the sea scroll" is intended for New Year's display, only. You would see it referenced in a tea diary as a New Years theme, but I first heard this scroll theme's narrow seasonal use from Martin Pauli (1st Intl. Stone Appreciation Symposium, PA USA). It is often misused, but you should recognize better.

With astringency in mind, you might move accessories (torii gate, shimeniwa) off the rocks themselves & refer to them in a scroll or accessory, only. Importantly, you'll need to catch seasonality if preparing a display with a scroll-- "the rising sun over the sea" scroll would work here to suggest season (New Years) & feeling (renewal/Japanese heritage). A more subtle image than the shimeniwa, as as accessory expressing Shinto feeling, could raise expression-- obvious reference wouldn't, for me.

Two aptly chosen stones in the suiban & titled, "Wedded," would be more than enough to encourage guests to complete the scene. Why use more to say less? 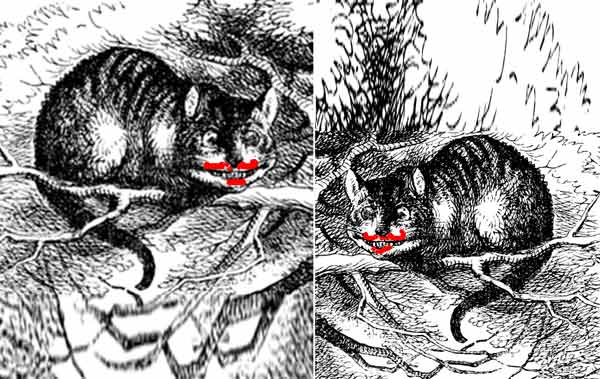 "feeling is more important than technique"

Maybe I misunderstood, but I thought I read
"for my own enjoyment" in my home, on 7/11
43rd anniversary is start of new year, the 44th.
Let us focus on what will or could work, not lipstick on pigs.
endless possibility...

the red stuff is referred to in japan as kuchibeni

dick benbow wrote:the red stuff is referred to in japan as kuchibeni

and this resulted in the popular term "kuchi-koo" ?

Chris.. (greetings) would the trays and containers used for bonseki and suiseki be termed 'enclosures' ?

- naturally my perspective is as gardener referencing sekitei.. and though we think of trays as enclosures, gardeners are not always educated.
we reference the origins of bonkei and the karesansui (Keane) (not sure you have had time to read or attend for all the one sentence in a presentation nuances.)
if these are enclosures, and thereby constructs, I would like to refer to Nitschke and/or Egenter, in so much that constructs that are portable for the descent of kami exist annually in the mundane world as matsuri (of wood) and as stone, manually placed where needed by common people as dosojin.
(though Dick is not common, he may have need to place such as needed

Is it conceivable to reference shimenawa as a shadow in bonseki (preferred as you do) or in the physical stone of a suiseki* selection? *(how rare would that be in two stones or one with two peaks?)

Conceiving that containers are not enclosures, there is still another option for Dick's anniversary, as the origin of the idea of the Wedded Stones is the deity Dosojin Road Ancestor Deity: represented in sculptured form as husband and wife pair (Czaja: Gods of Myth & Stone, 1974)

a title of 'dosojin' would equate to 'Wedded' and specific shapes would fit.

(Stonener... Not knowing the title of the piece, I suspect it was the lanterns that did you in, and probably would have been best suggested with 1/16th" zig-zag paper streamers and maybe,... the braiding of rope instead of staying with the 'multiples of left hand twists'. d--n creative though, I certainly applaud the effort of the idea.)
~ edzard

Similar topics
» rocks and trees
» How do I display these rocks ?
» stone auction comments
» my starter rocks
» Hollow Stones