The Bonsai Society of Portland (Oregon) had its annual spring show this weekend at the Japanese Garden Pavillion. The Garden is considered to be one of the best in the U.S. and is an ideal setting for a bonsai show.

Please be patient while I re-learn how to post a picture thread as I seldom post to this forum. I will try to give the species of tree and name of artist from memory. I know three of the trees already because they were mine

First up is a shohin display by Arline Sigourney. The pine at the top is mine and won best shohin 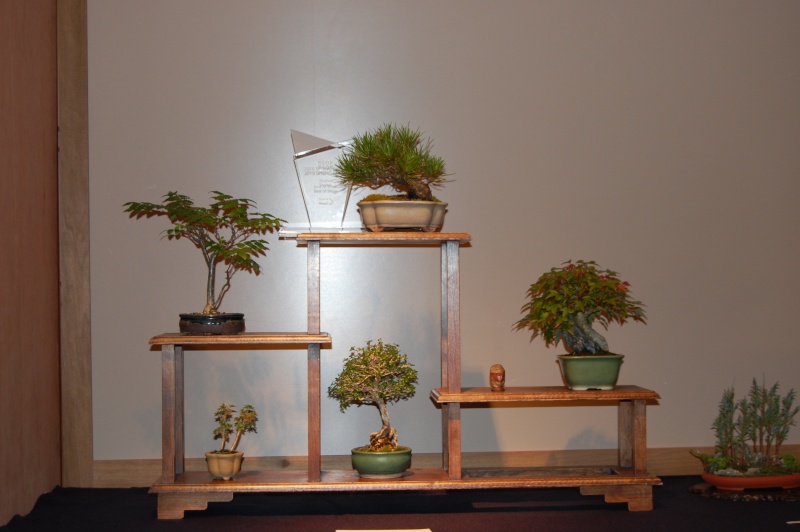 A close-up of my lodgepole pine shohin 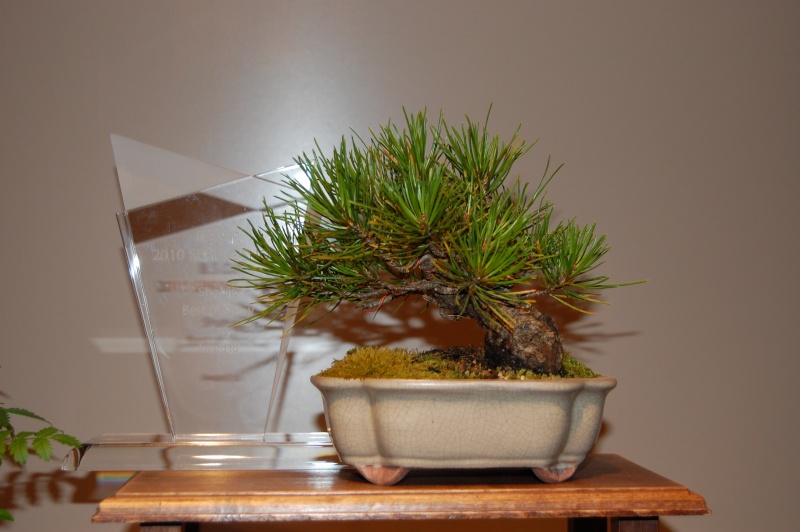 A shot of the tokonoma display; Japanese maple by Dennis Vojtilla 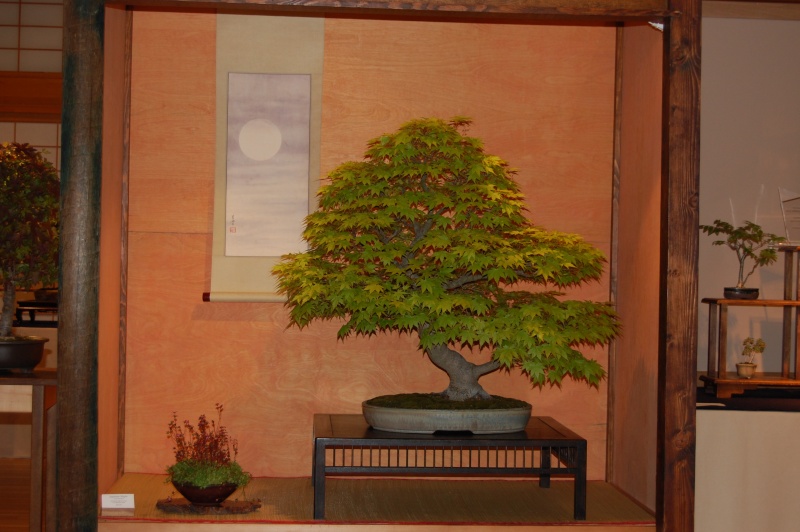 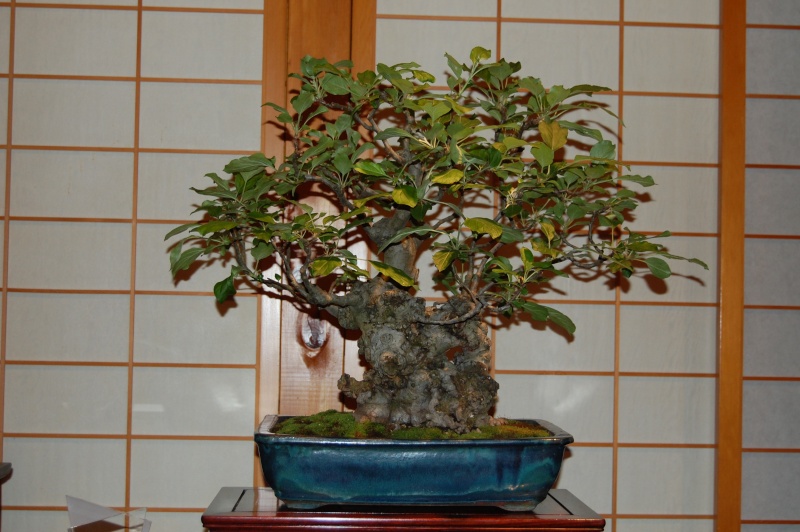 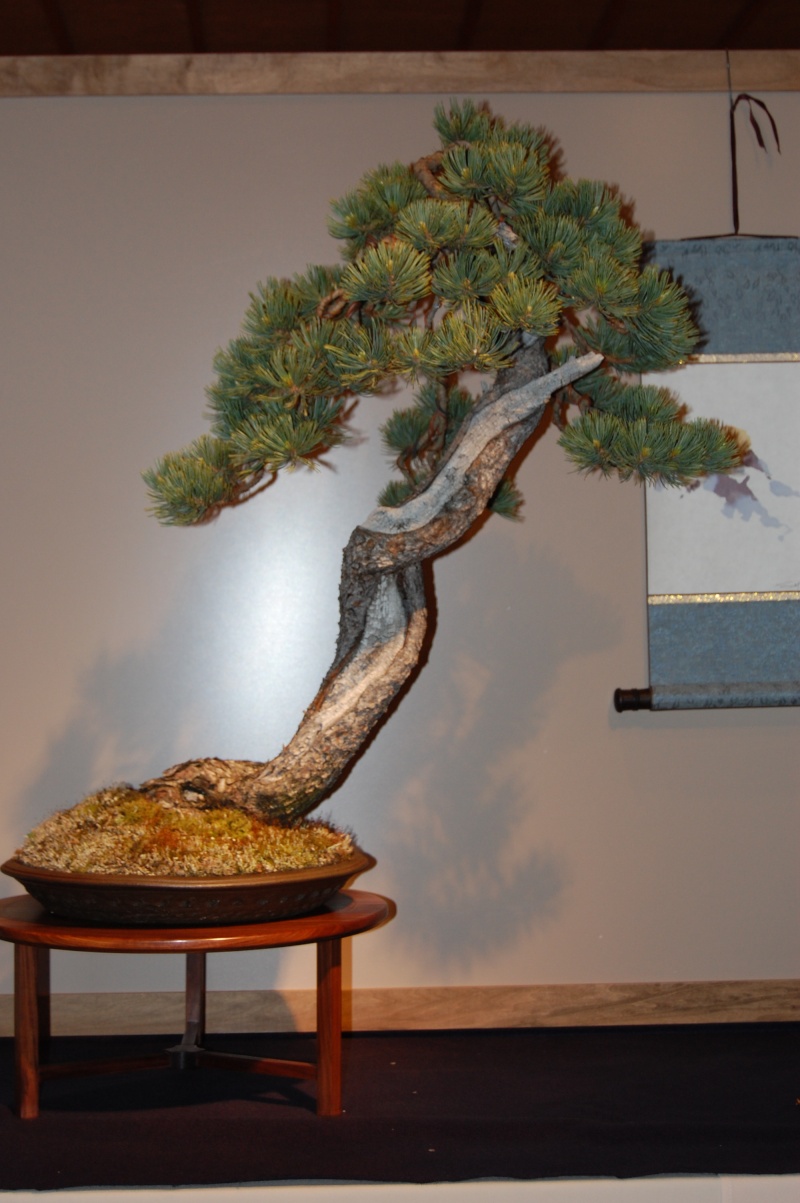 A Southwestern white pine of mine. It took 3 of us to lift it on the pedestal 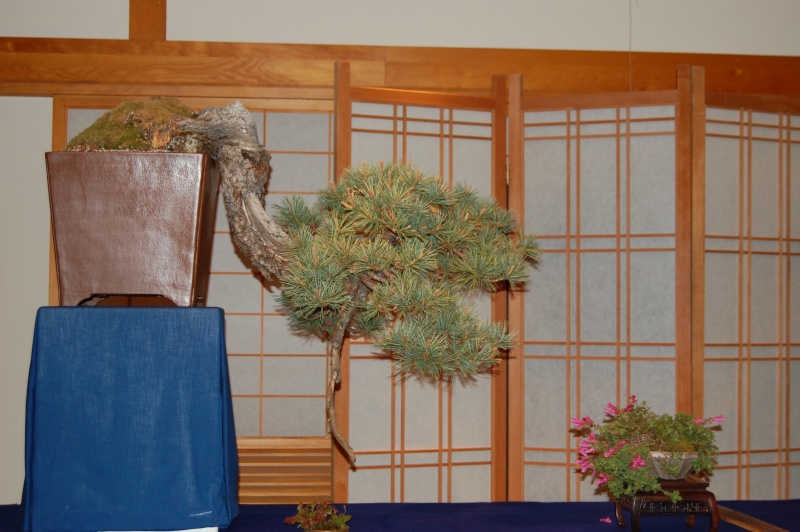 Anne Spencer's red maple. Anne is known for her outstanding nebari (on her trees, that is 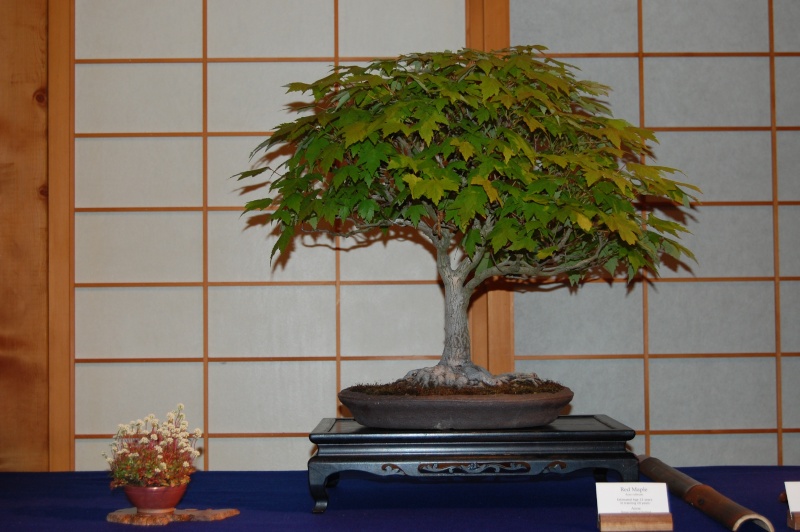 My procumbens juniper, originally styled by John Naka in 1985; I purchased it in 2002 from Loveda Petrie 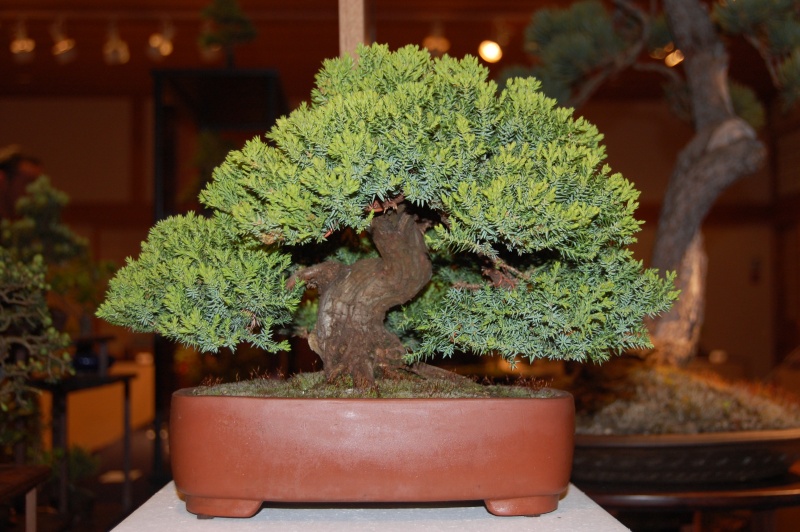 A nice little shimpaku from Manny 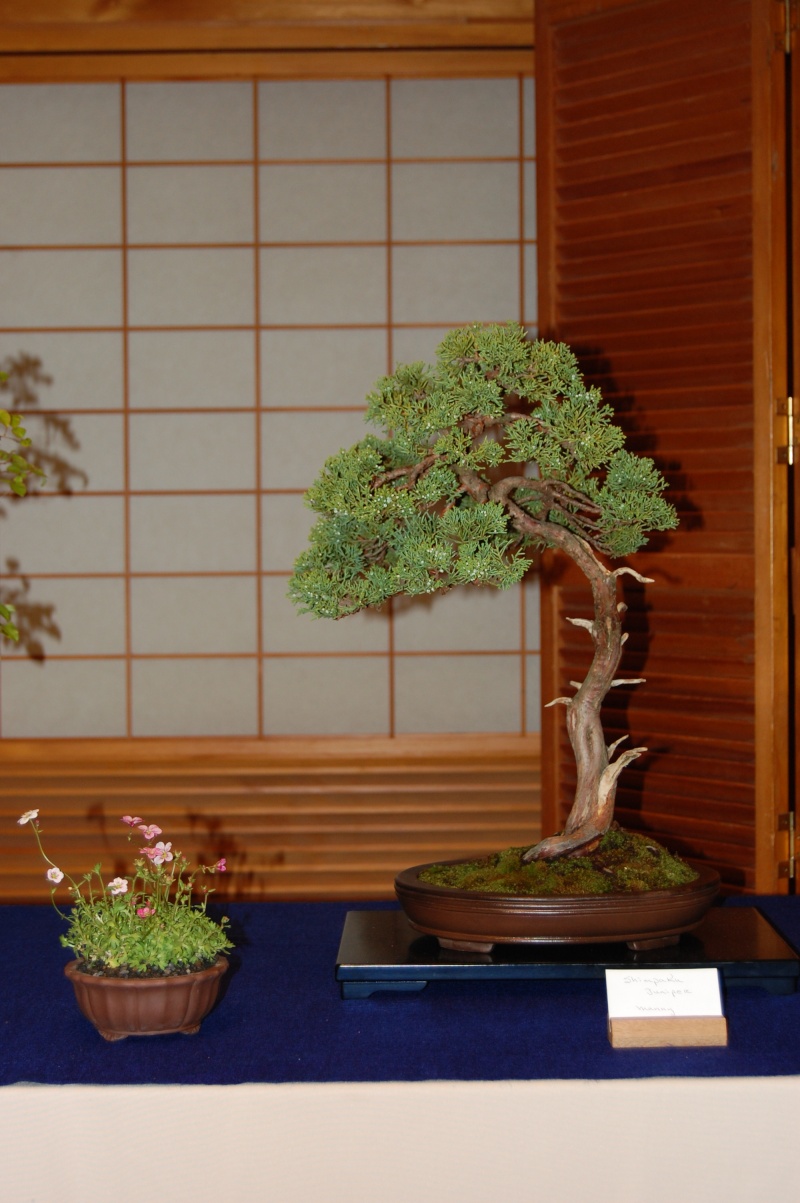 A Chinese quince from Dennis Vojtilla 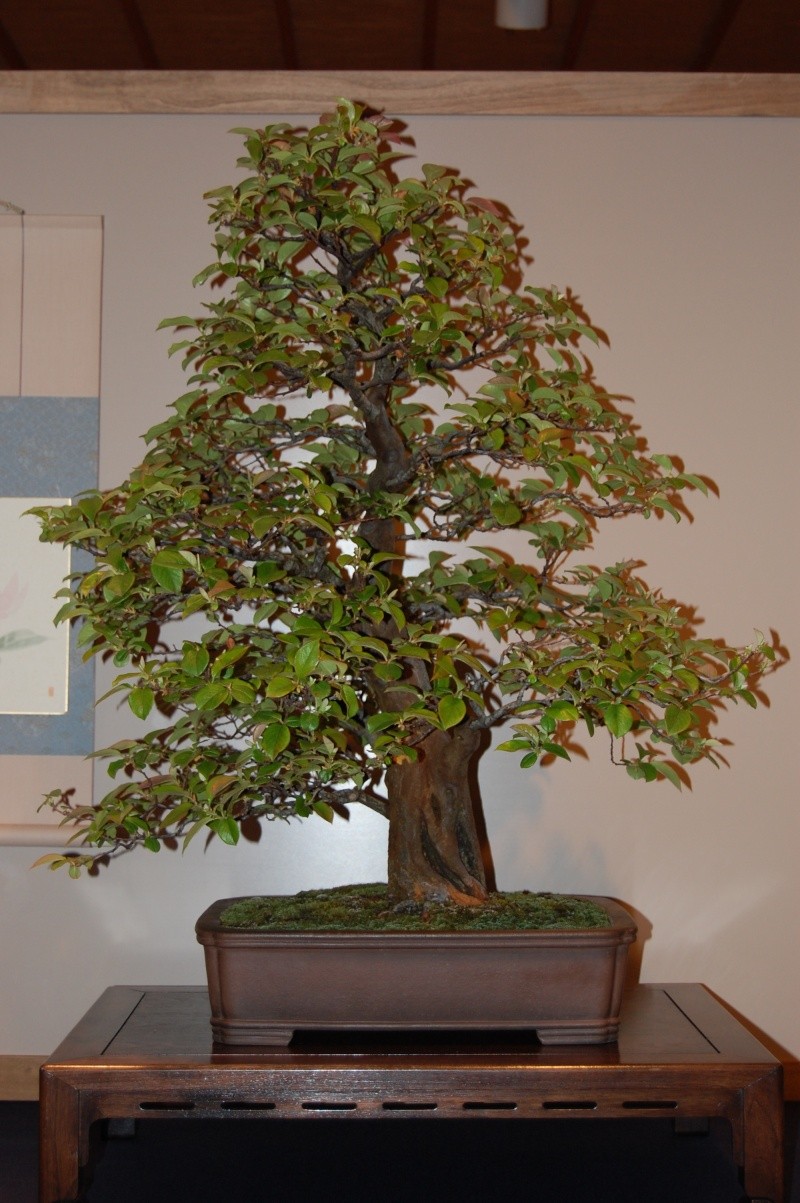 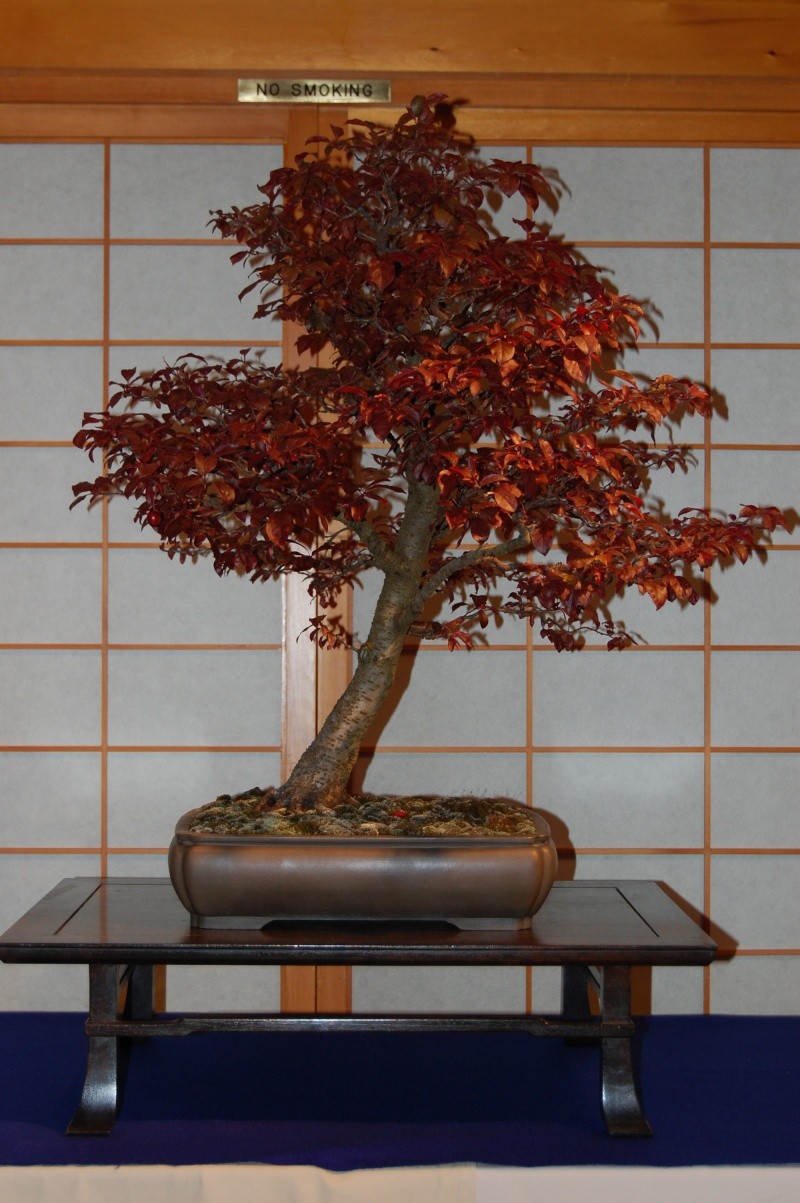 A Noble fir from Lee Cheatle 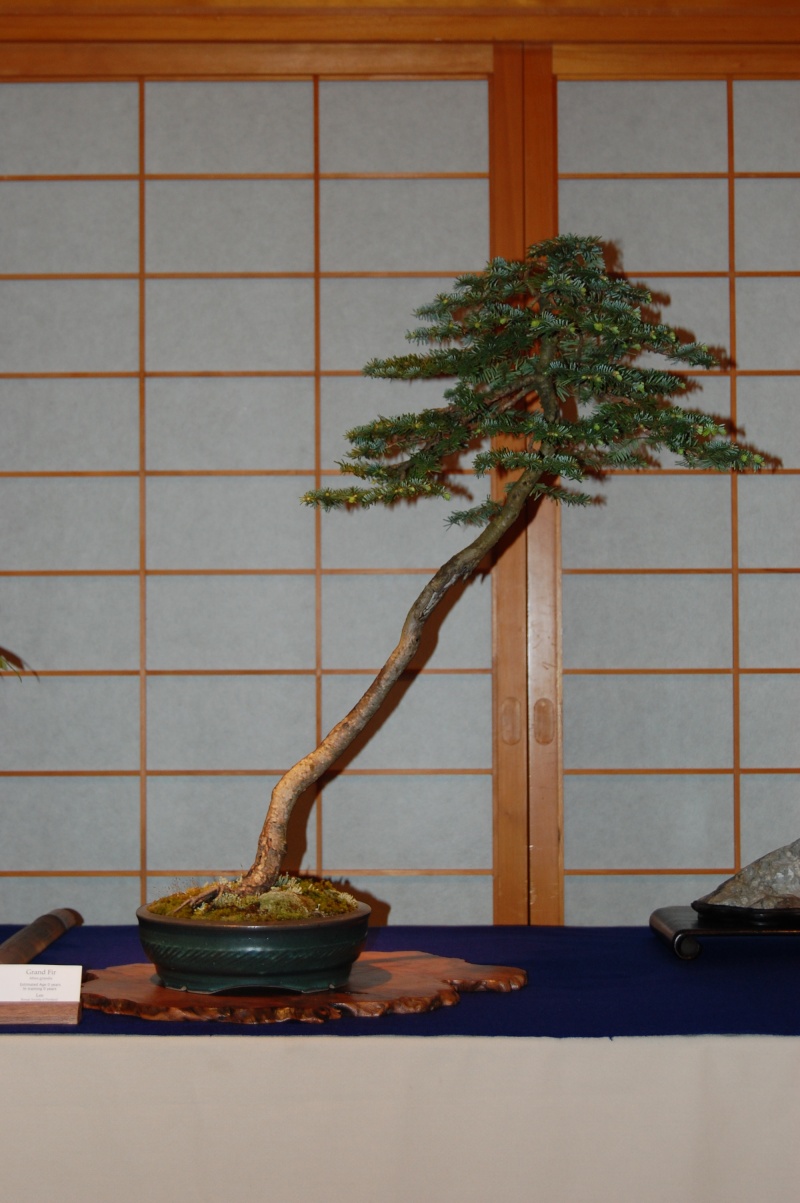 An Dogwood from Steve Willcox 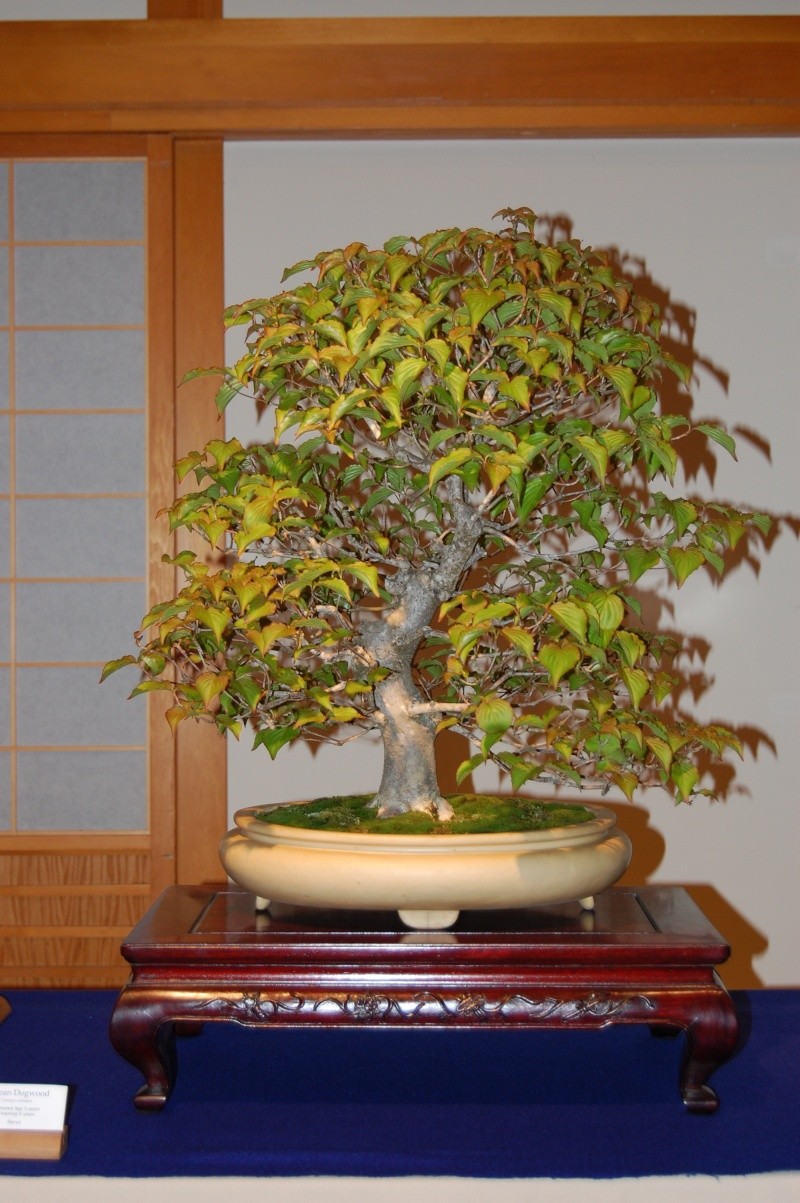 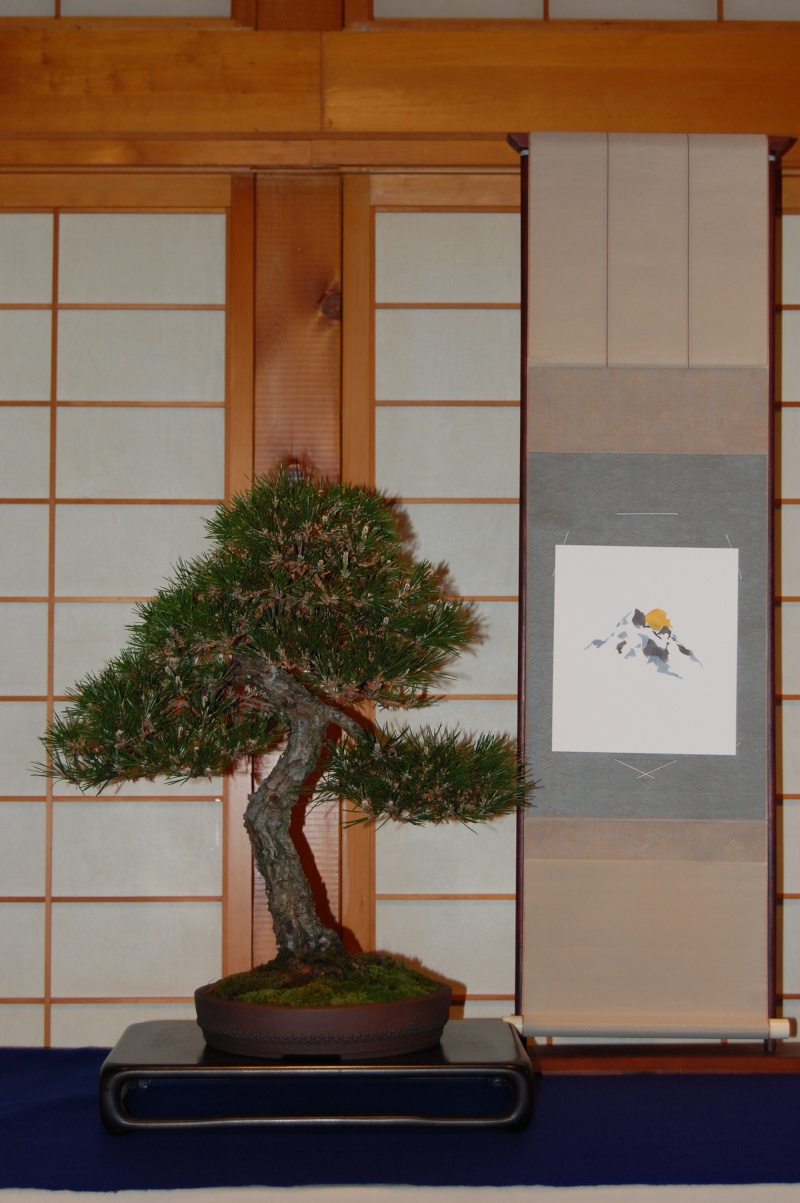 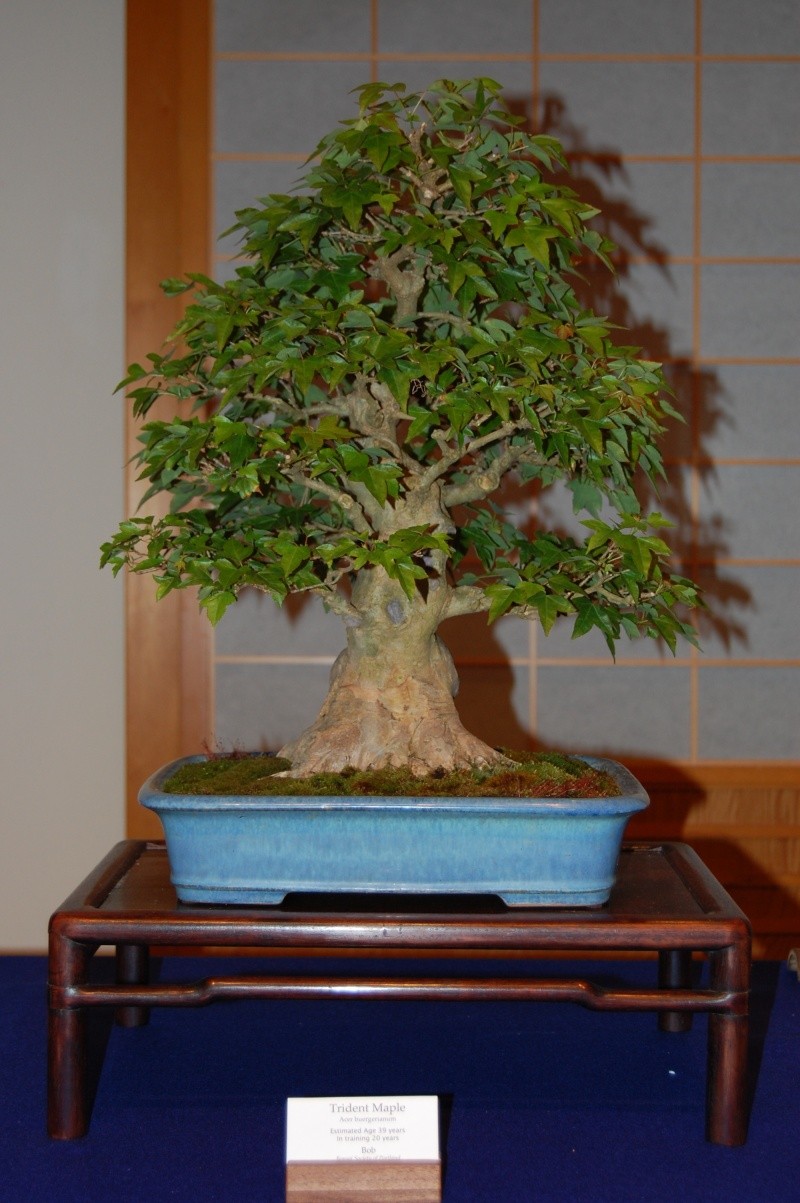 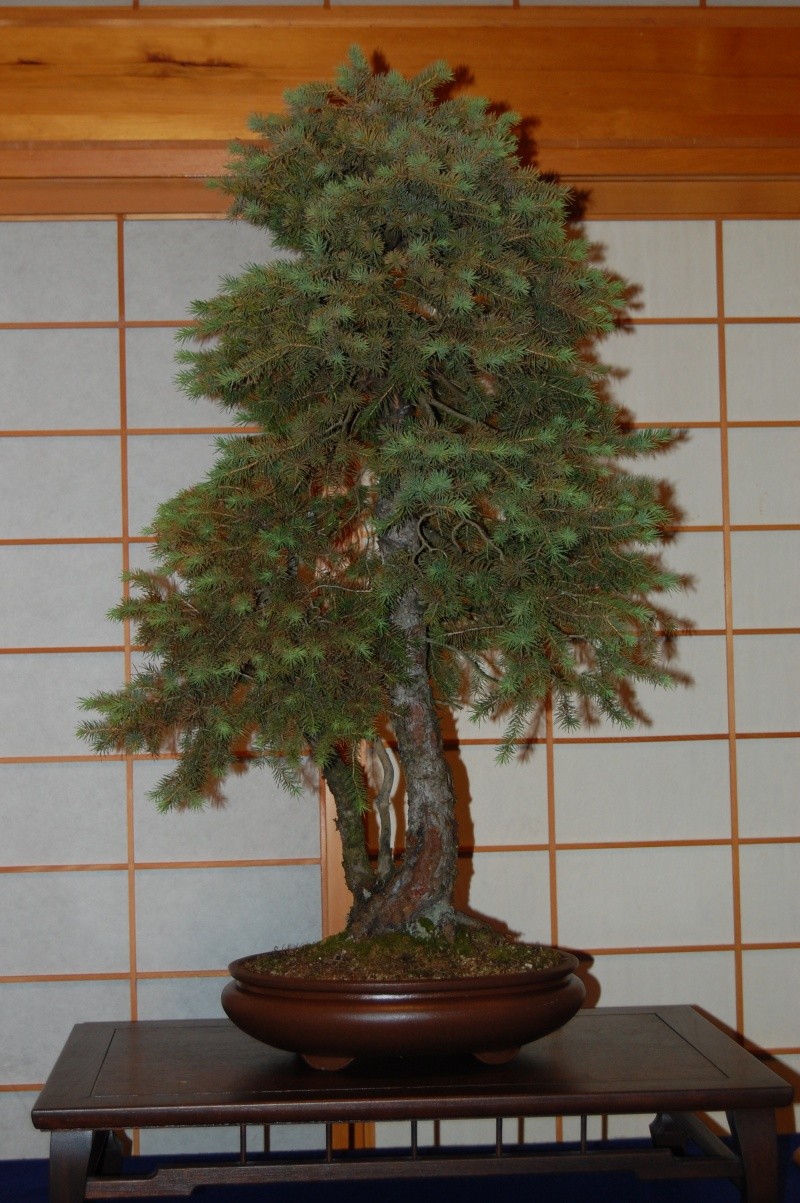 A spruce shohin from Anne Spencer 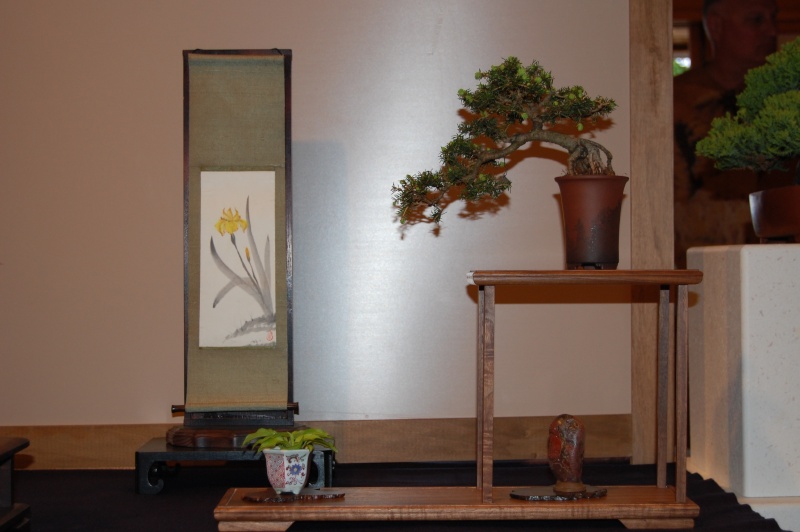 Another Engelman spruce from Mark Vossbrink 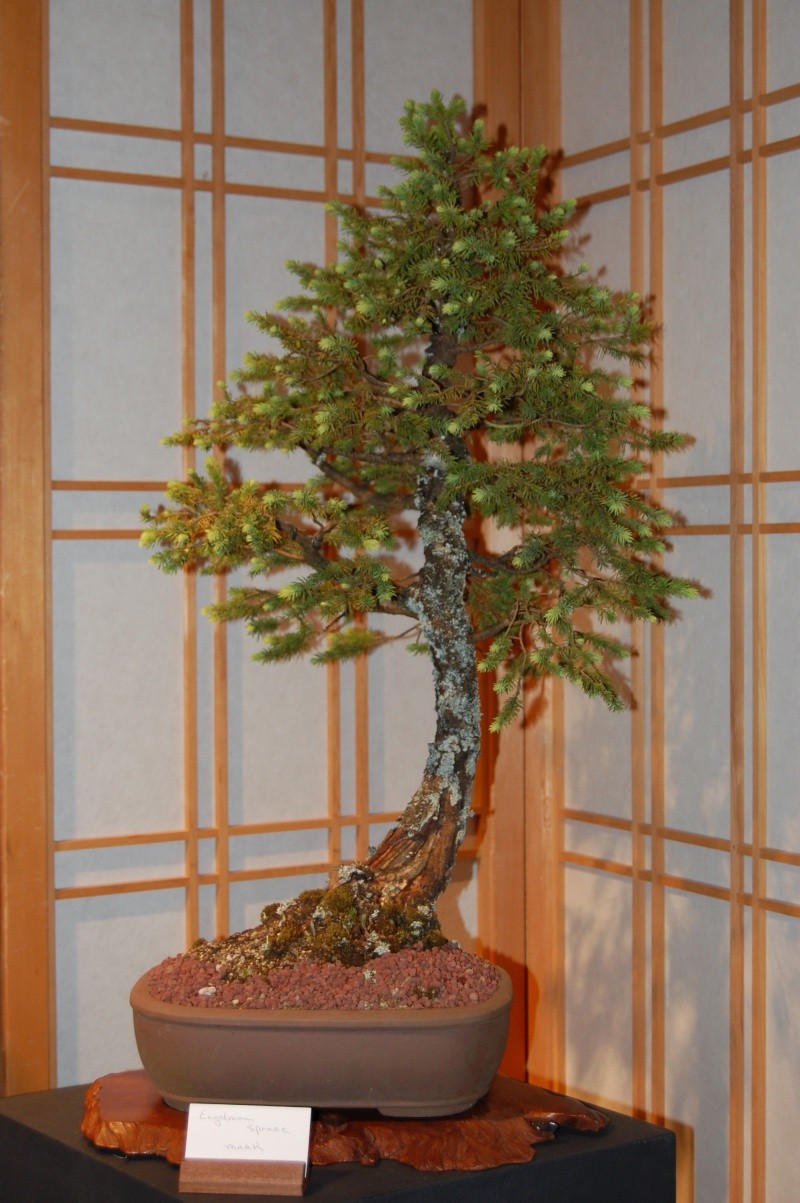 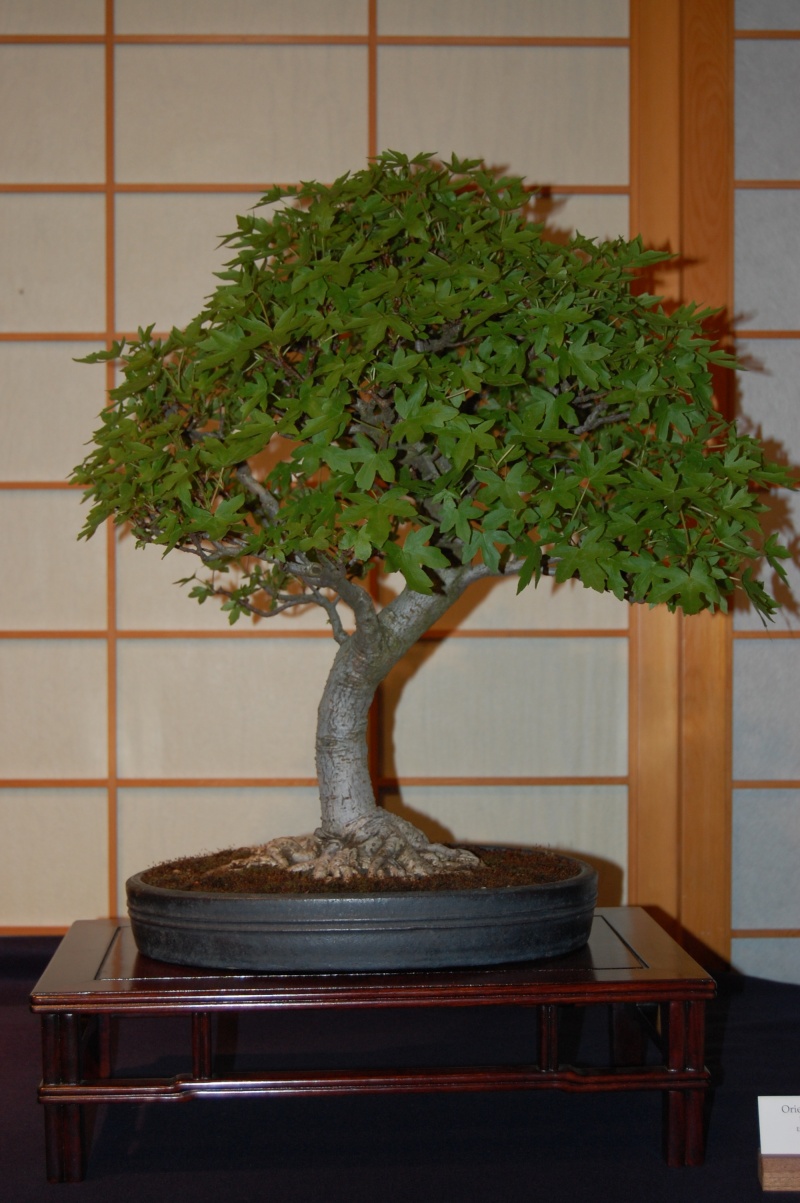 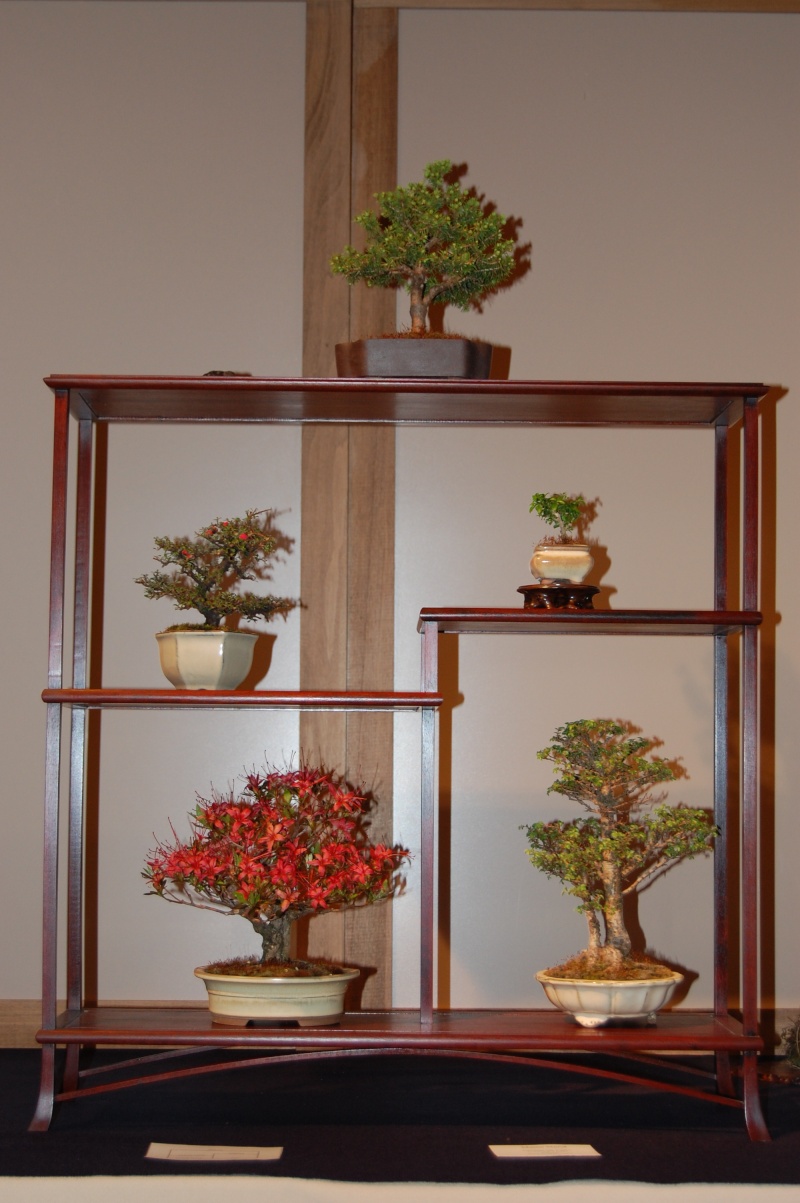 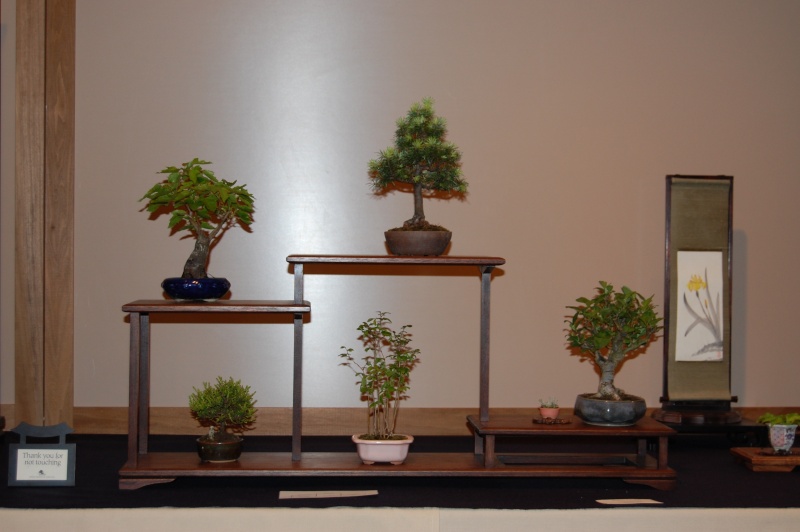 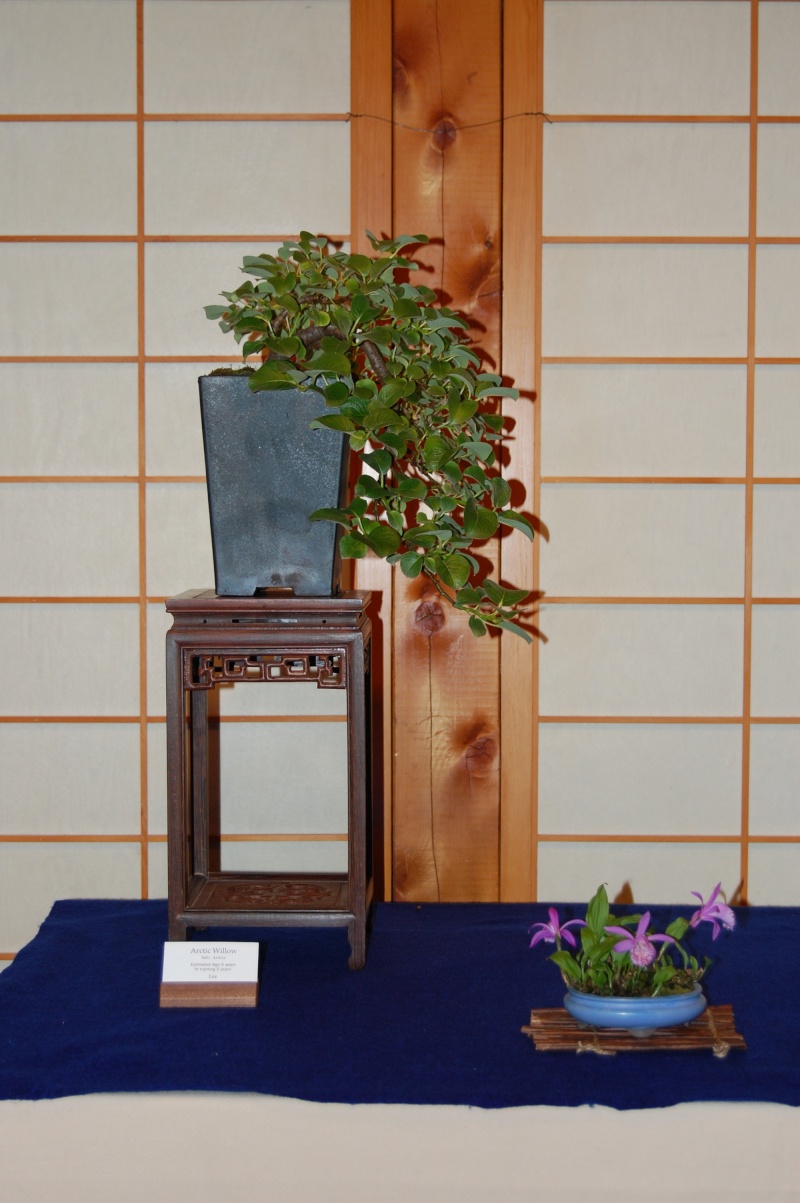 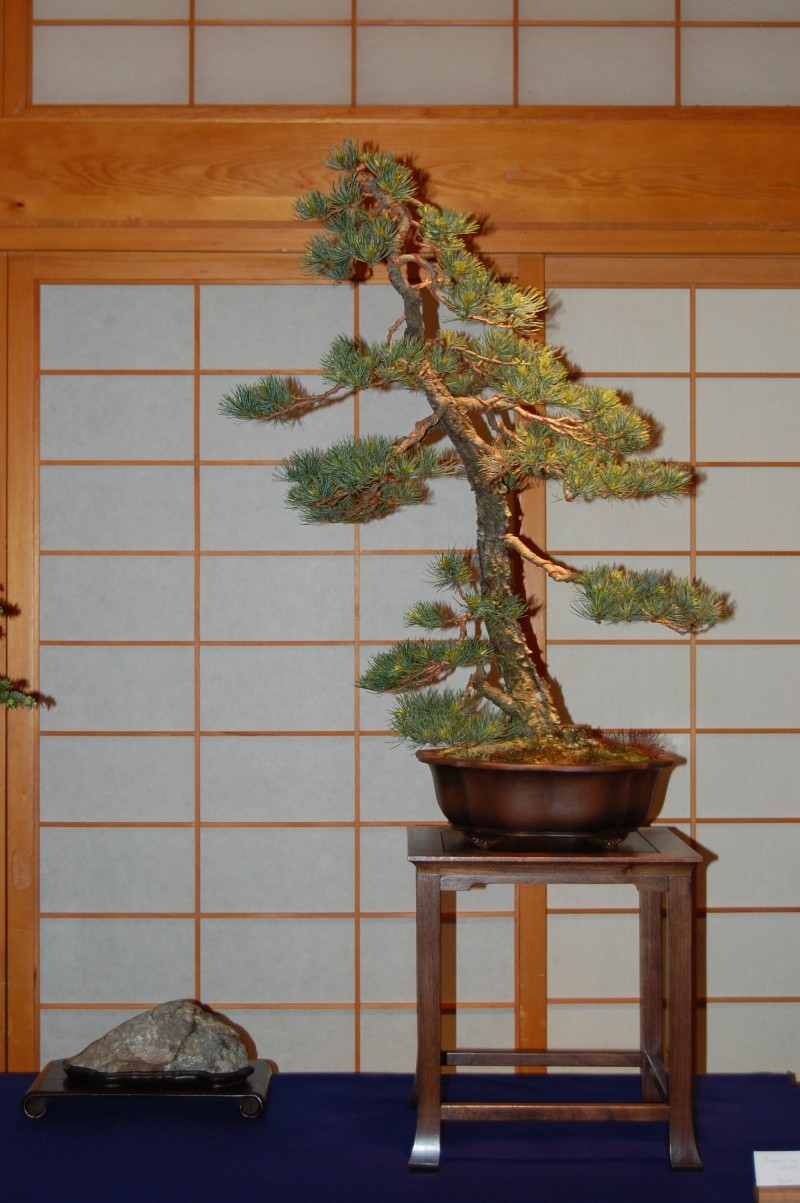 A Japanese maple group from Dennis Vojtilla; seed for these collected from Imperial Garden in Japan 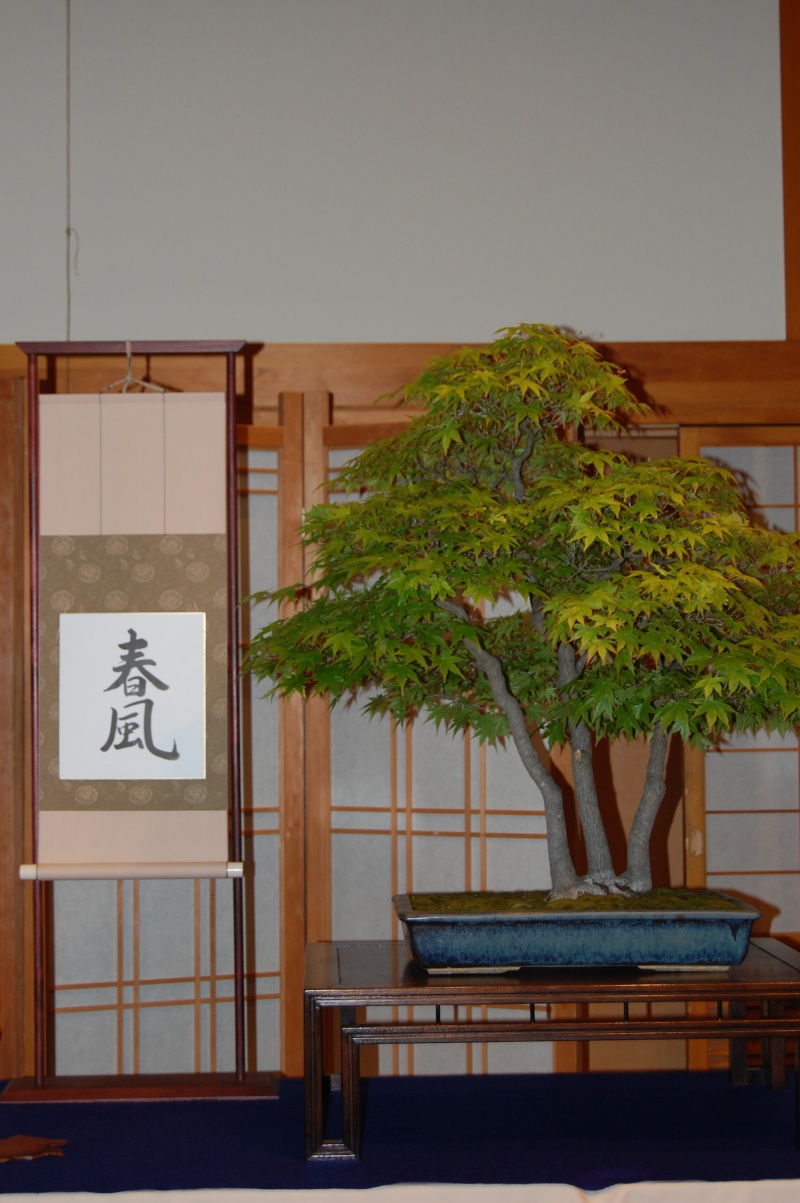 Overview of trees together

I've heard of southwestern white pine (pinus strobiflora) as a bonsai specimen. how does it do in Portland? 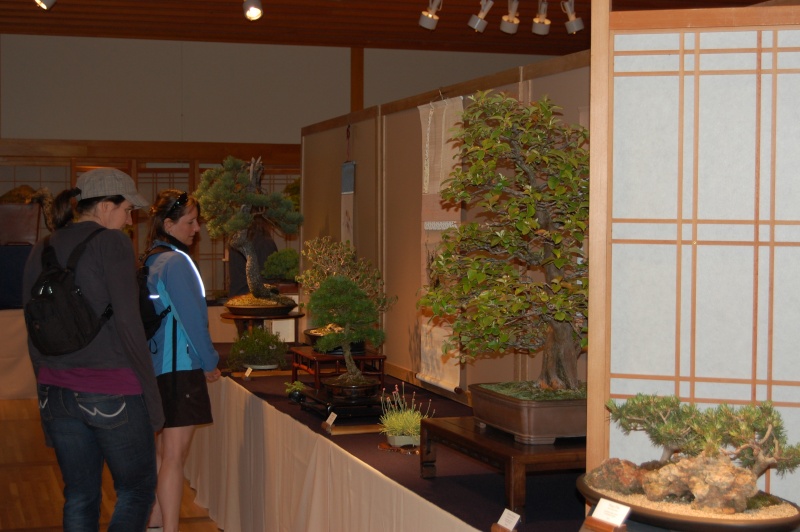 Another shot of show 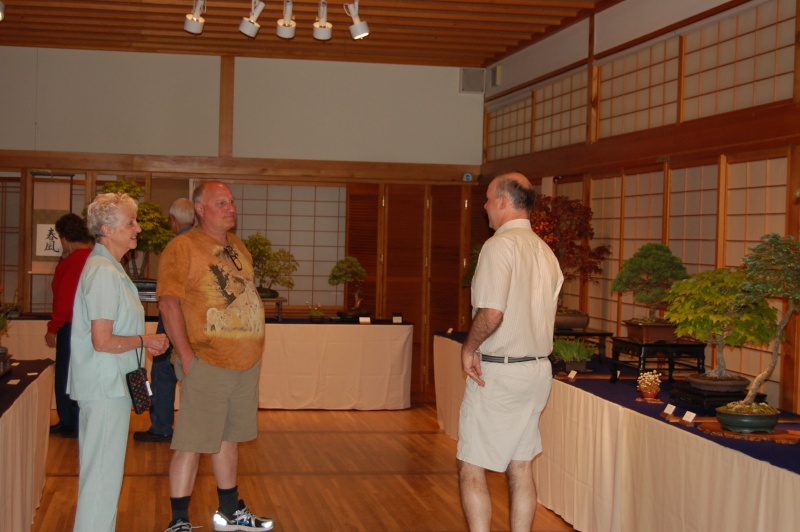 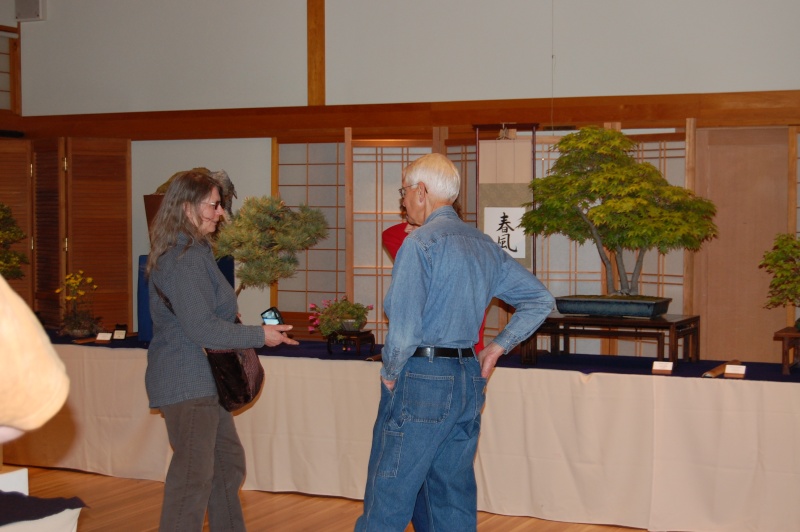 Dennis Vojtilla was doing a wiring demo on his Princess persimmon. Expression on face is how we all felt towards the end of the show 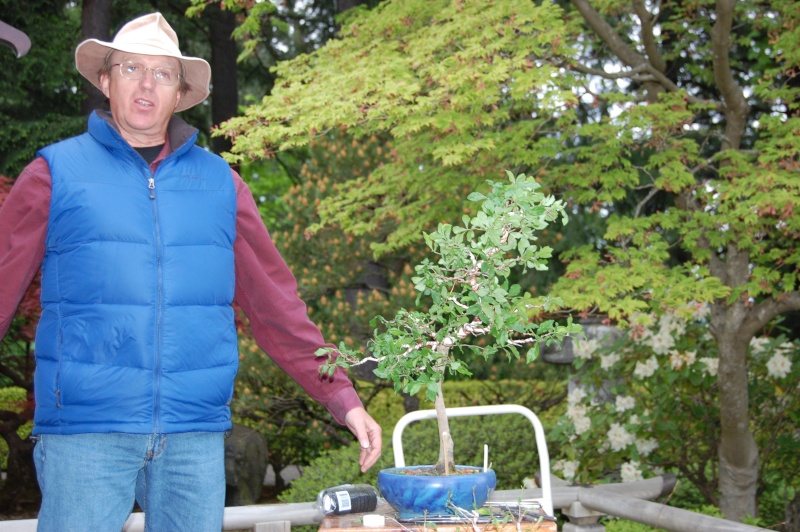 There were quite a few more trees I just couldn't get decent shots of because I couldn't get far enough away from them. Hope you enjoyed the show

peter keane wrote:I've heard of southwestern white pine (pinus strobiflora) as a bonsai specimen. how does it do in Portland?

Peter--I collected this tree in 2005 from Southeast Arizona. I moved to Oregon in 2006 and of the trees I brought with me from Arizona this one has done the best of all. I innoculated it with mycorhizzae before potting in the grow box and I think that helped immensely because the entire grow box was colonized with the mycellium. The pine grew so well I had to thin out needles last fall.

I wonder if I could find it in San Antonio, Texas??

This came from over 9,000' elevation; I doubt it's range is that far east. I think Texas would be too hot and too dry for this species. Maybe New Mexico.

Greg thanks for posting the nice trees.

I heard Dennis Vojtilla is driving trees to the US National Exhibition in Rochester, NY, from Oregon and Washington State. I wonder if any of these are going east.

Glad you liked them, Rob. I know of at least 3 (not telling which

And yes, Dennis is driving them over

Thanks for posting some incredibly nice bonsai.
Any club should be proud to put on this quality of show.
Jerry
www.bonsaihunk.us

Much Mahalo for sharing pictures of the show.

Really nice showing of some beautiful bonsai's. I really like the Oriental Sweetgum.

I'm thinking of doing one if I can only find space for it on my lani!! 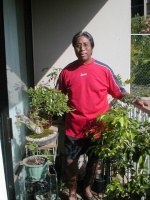 I appreciate the kind words about the club. We have a good club