This is another paperbark

This is another paperbark

This is a Melaleuca cuticularis, it is also called a saltwater paperbark, as it does grow in saline estuaries. It was one of the first collected by Joseph Banks and taken back to the UK in 1792.
Th 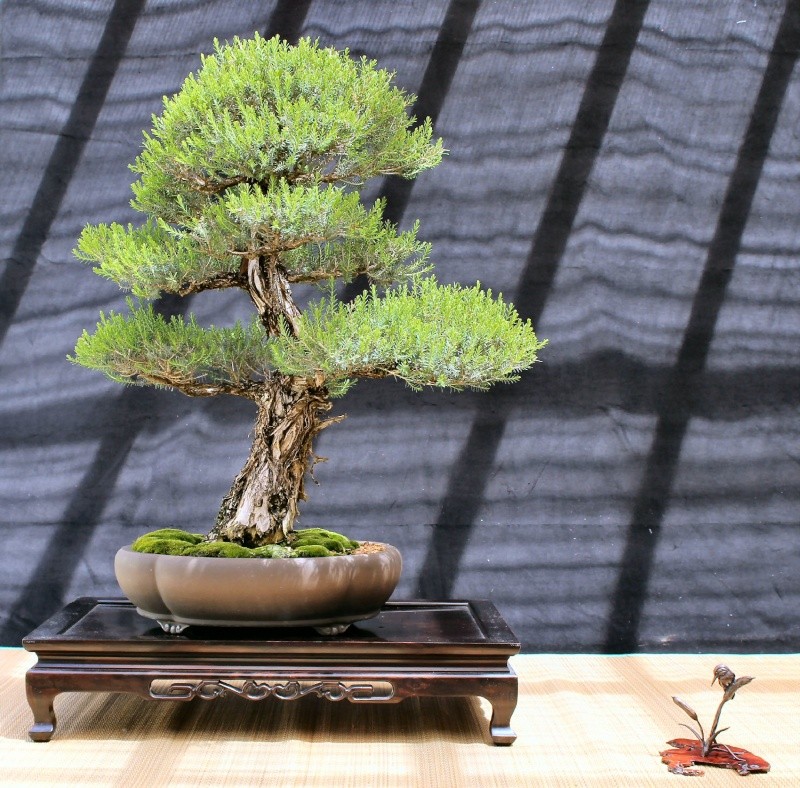 is was collected on a trip down to Albany on the south coast of Western Australia in 2004, an has been trained since then.

Beautiful tree! This looks like great material. Seems like there are Melaleuca is warmer areas of Florida... maybe considered an invasive species? Anyone?

You are correct Russell,

We have a variety ( not sure which ) of malaleuca here in South Florida, that has been deemed invasive. It literally chokes out native swamp trees, becoming these huge stands of nothing but malaleuca. They are systematically ringing the bark, 1 tree at a time, and applying some sort of herbicide, to reduce the population. They also cause havoc in the summer, when these large stands catch on fire, causing smoke issues on some highways. They seem to bloom in late summer, early autumn, with white flowers that actually smell like burned mashed potatoes !! So the aesthma sufferers are affected too ! Some of the older golf courses have speciman single trres that are very old, and incredibly beautiful.....huge twisting trunks...probably 50-60ft tall. It's when they grow in swampy areas that they multiply like crazy. Only have seen one done as bonsai in all these years down here ??

It looks nothing like these tiny-leafed species.
_________________
Jim Lewis - lewisjk@windstream.net - Western NC - People, when Columbus discovered this country, it was plumb full of nuts and berries. And I'm right here to tell you the berries are just about all gone. Uncle Dave Macon, old-time country musician

There are quite a number of Melaleuca species which are grown here in California, many as street trees.  In our climate they are not invasive.  I have seen a few used for bonsai but I do not have a photo to post at present.

They can be very challenging to collect, transplant and repot, at least here, as they do not seem to tolerate much root disturbance.  I would be interested to know, Darky, if you can share any hints about doing so successfully.

The one that got me interested was one referred to by Dorothy& Vita Koreshoff, in the book of Australian natives.

That one was seen in Disney land Melaleuca decussate,it has small mauve flowers and more needle like foliage.

We find digging in wet months better as there seems to be a better chance of survival. However we have also dug in Summer, as much root as possible, soak them in an Auxin solution ( superthrive) unfortunately we cant get it here any more.
Using a very open mix of course river sand o crushed granite. soak until they seem to respond which can take quite a while.
I never give up as I have had the shoot after 1to 2 years.
Regards Darky.

Thanks for sharing your experience with Melaleuca!

One of the first books that got me interested in bonsai was that by Deborah Koreshoff entitled simply “Bonsai”.   Perhaps she is a relative of Dorothy and Vita.

I remember having seen on IBC, before the switch to the new format – so unsearchable sadly -, the post of a picture of a tree which seemed to me to be a reworking of one which was featured in that book.  Since that book was published in 1984 and in it the subtitle of the photograph indicated that the tree was styled in 1975 from nursery stock of 1950 and photographed in 1981 I was impressed and inquired.  I received a response that the post was indeed the tree that Dorothy Koreshoff had grown, styled and cared for.   It was still alive and in great condition all these years later!  Congrats to you Aussies for your horticultural prowess.   And compounding that it was not a native to Australia!  I am being vague here about the actual tree in the publication only because I recall that the response to my post asking whether or not this was the tree came as a private message which confirmed my guess but asked for anonymity because that was the desire of the estate.

Thanks again for sharing your experience regarding Melaleuca!  As I live in a shady place (many large trees overhead for miles around...) I will not try to collect any California Melaleucas; but there are many, and many with great potential for bonsai, so I hope some with better exposures than mine might try based upon you advice.

Darky, it is great to see some of our wonderful natives appearring here on IBC, look forward to seeing more of your wonderful trees & hearing more about your experiences with them. 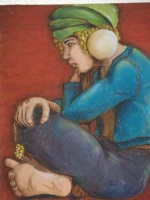 My collection is limited as I only have a small yard, I do not have those species. I will in time post more trees,