The Baobab by Pierneef

The Baobab by Pierneef

I was searching for images of Baobabs, because I want to chop a very tall Baobab of mine down to make two.  Then I came across this famous painting by the amazing South African artist Pierneef.  You will know him because,  the South African Flat crown style, the Pierneef is named after him.

He went to study under the Dutch masters at the turn of the century.  And hell it shows.  Do a search, and see his amazing mountain and Thorn tree paintings... 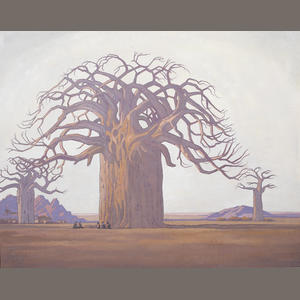 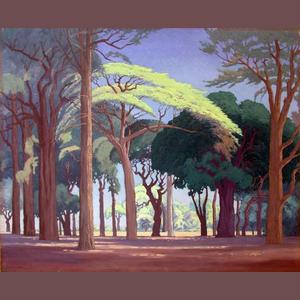 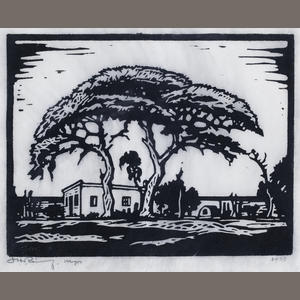 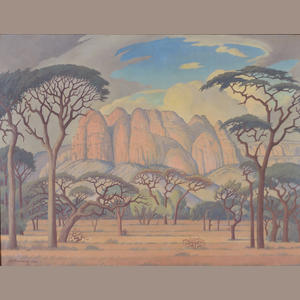 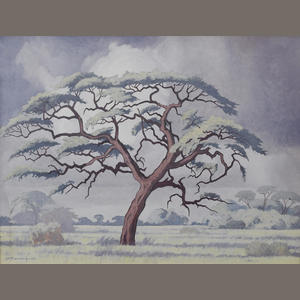 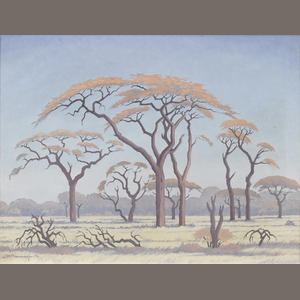 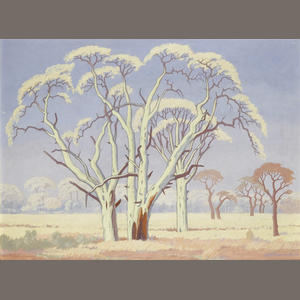 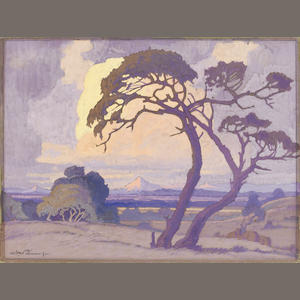 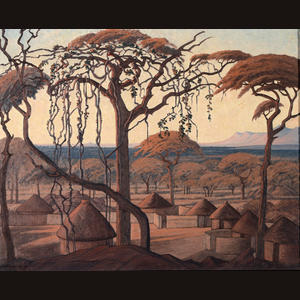 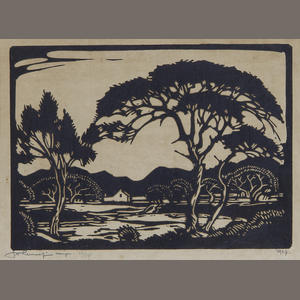 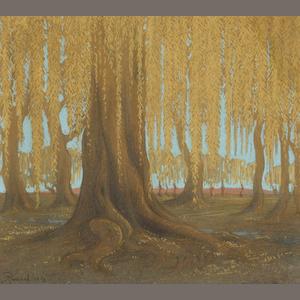 Thanks for again sharing your corner of the world.

I love that style.

Andre' we are not supposed to reproduce other than our own images on this site.

In the Wiki article, scroll down to -
Hardekoolbome - Bosveld (1945)

'n Somersmiddag, Bosveld (1928)
[ could train my Indoor Oak like those trees - Was Nicodemia d. now Buddleja i.]

Beautifully, simplified images, almost like the old 1948 to 1970 paint by numbers [ sometimes seen on Ebay ] P.B.N.
Thanks Andre'
Later.
Khaimraj

Andre' we are not supposed to reproduce other than our own images on this site.

Even if this is pictures of the painting floating around everywhere including art books for University ect.  Thats like saying that you cannot show a picture of the Mona Lisa to somebody.  Ridiculous.  I will not fall for it.

What ...Now you got my blood boiling....Paint by numbers..... REALLY Khaimraj,   you obviously has never seen a Pierneef in real life, but before you make such a derogotory comment please educate yourself.  Thats like saying that the David was casted in Plaster of Paris from a mold.

This beauty was meant for inspiration.....
I'm sorry for your comments, but you also studied art,  so you obviously  deliberately meant what you said and for it to be demeaning and mean-spirited.

This is very hard for me to say to you today...but thats the point:  Love and Light my friend.

the image ban was placed by the moderators. It has something to do with copyright laws. I know because a year before you arrived, I placed images on this site and had them taken down with an explanation from the list owner.

Alas Andre', I am afraid you don't really understand painter talk. The early paint by numbers, if you take the time to study them, were made by highly skilled painters sitting down and creating beautiful patterns and decorations. They are not nonsense. I happen to have about 15 or so from the earliest known 1948 to the later stuff in 1970.
Hence the Ebay bit [ do you need my Ebay name to look at my purchasing history, as proof ?]

Apart from hanging them on my walls, I also use them to observe the aging of Titanium White in oil paint. Research into a fairly modern pigment before the problems were known with it's use or in aging.

Most painters before creating an image have to go throw the simplified image stage that Pierneef uses as a finished painting. We call it - an oil study - as opposed to an oil sketch.
It carries all the information for a given level when finishing a painting.

So I was not belittling anything. If so why would I have the book on his work in my Wish List on Amazon?
Or the fact that I knew of his work, years ago?
Later.
Khaimraj

these are examples of older PBN's look at how the foliage is massed, and then think about how I draw in possible images of bonsai for folk [ similar to PBN and Pierneef eh? ]
Information lightened to allow for the imagination to have a free run.

This is an oil study- my own - feel free to bash it as much as you want, get revenge for Pierneef.
[Then ask yourself why did I put up so much on him and desire to grow my Indoor Oak in his manner ?]

Old Paint by numbers - look at the trees and foliage?
http://foundinithaca.com/wp-content/uploads/2011/06/IMG_2214.jpg

I enjoyed your paintings of the trees very much, they are realy telling a story about a mans love for this kind of trees...you must be proud of the painter and this african style

Strange later to read about " painted by numbers"

O Russel Thank you, I got my knickers in such a knot this morning that I forgot to thank you.... for your wisdom and great taste

and thanks Yvonne,  yes lets not mention 'Paint by numbers' again in the same page as Pierneef.  Out of respect!

Kaimraj...I'm still not talking to you...

Wow, Andre' you must really be angry with me, mispelled my name again

And I took the time to logically explain, with images.
Stay Well.
Khaimraj

Khaimraj Seepersad wrote: And I took the time to logically explain, with images.

You could always send him a PBN image.

Anyway, I'm sure André is being all big and grown up about it. I like the paintings precisely because they have that simplistic charm, yet I am sure that belies a fair degree of artistic technique. I seem to remember reading some years ago that some people thought the pointilists were also a bit like PBN (or join the dots) yet I don't suppose many would accuse them of being anything other than good artists.
_________________
"Espouse elucidation"
_____________________________________

Fiona you are so evil...

And dammit...again the bloody 'H'

Don't feel bad, K'H'aimraj ...Ricochet, our newest member, thinks that I'm a girl. I still don't have the heart to correct him...... I must be very charming

that's it the rythmns and patterns [ simplistic charm] takes a lot of thought to do well.

I am sorry Andre', I like the older PBNS and enough to own a few.
With time I might just get a Pierneef or two.
Now you know how off well I am [ eh Russell C. ha ha ha]

Fiona,
I gather the policy has changed towards images taken off-line ?
Since no one is making a fuss ?

Andre' my indoor oak 16th Feb.2011 defoliated - as I get a shot you can see it today/tomorrow . Amazing perfume from the flowers

Khaimraj Seepersad wrote: Fiona,
I gather the policy has changed towards images taken off-line ?
Since no one is making a fuss ?

Not really. The AUP makes it quite clear that images shouldn't be used without the owner's permission. But there's a world of a difference between using an image as if it were one's own and what appeared here. André indeed has a point that pics of the paintings are freely available on t'internet and in text books and I found some apparently copyright-free versions. Crediting the source can also be acceptable in certain circumstances where there is no clear "owner".

However, to be on the safe side, I'd advise that people do what you did and post links to the relevant location. Then there's no doubt.

Oh Andre',
just in case. I am well aware that you are a man. The accent next to the e', is how we acknowledge that this is a French name for a man.
Remember I also had a good school friend called, Andre', his thick silver hand band [ i.d.band ] had his name cut out and spelt with the accent as well.
Later.
Khaimraj

Geez did I have to surf again to obtain these....  then I realize how many sites there is, showing the exact photos.  Must I mention them all?

I'll start in Graaf Reinett at the National Pierneef Museum....  but O'dear...I'll be here a very long time indeed....

Feeling better K h aimraj ?  You are such a tell tail 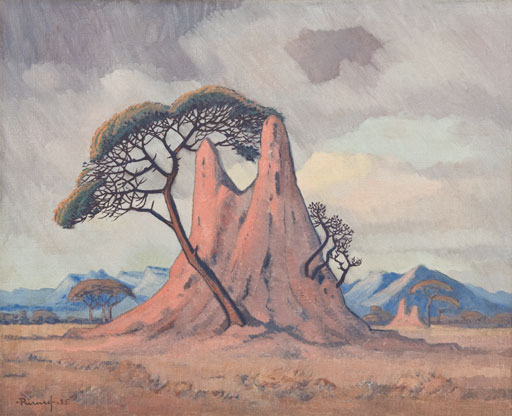 This  came from Panels which he did as a commision at the Johanesburg station   32 panels in all!  Of courser they are not here anymore. ( http://versindaba.co.za) 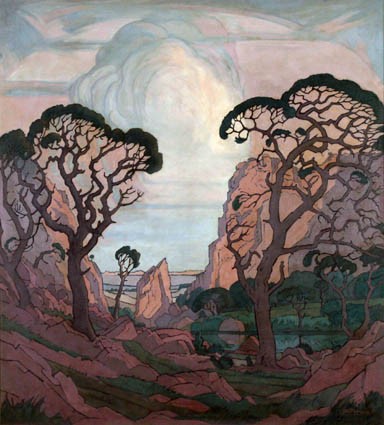 Another Baobab etch from  http://www.5thaveauctions.co.za/June08/art1.html 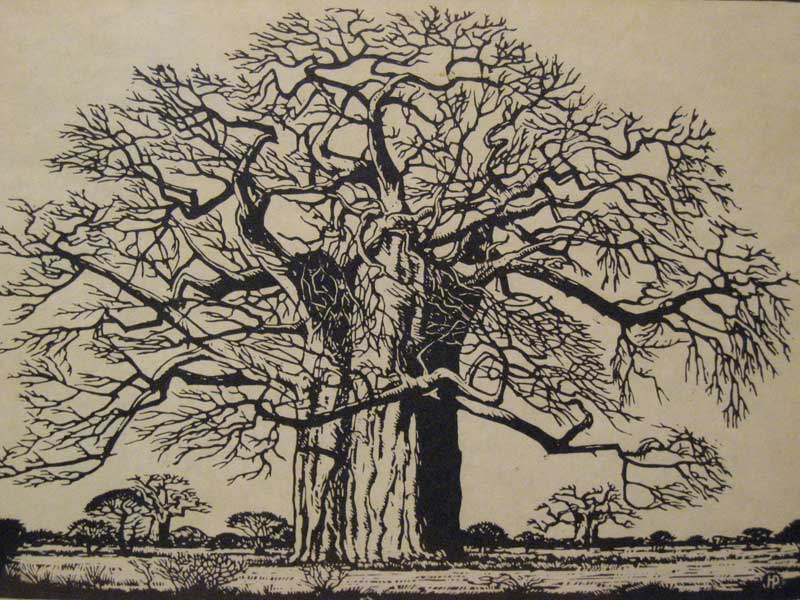 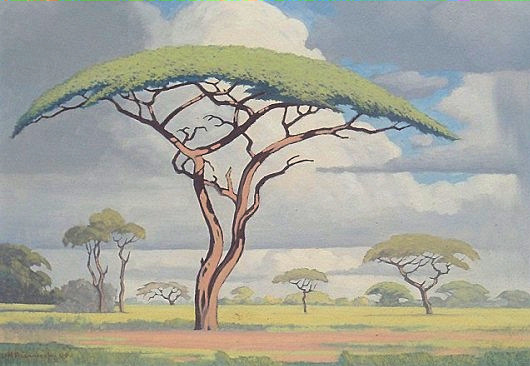