This is a tree I found in the lot behind my house. Im 90% sure that is a birch, but I was wondering what type is it. I looked at the virginia dep. of forestry but none of the birches looked like this one. Any ideas? Also I thought it was very weird how this tree was growing. 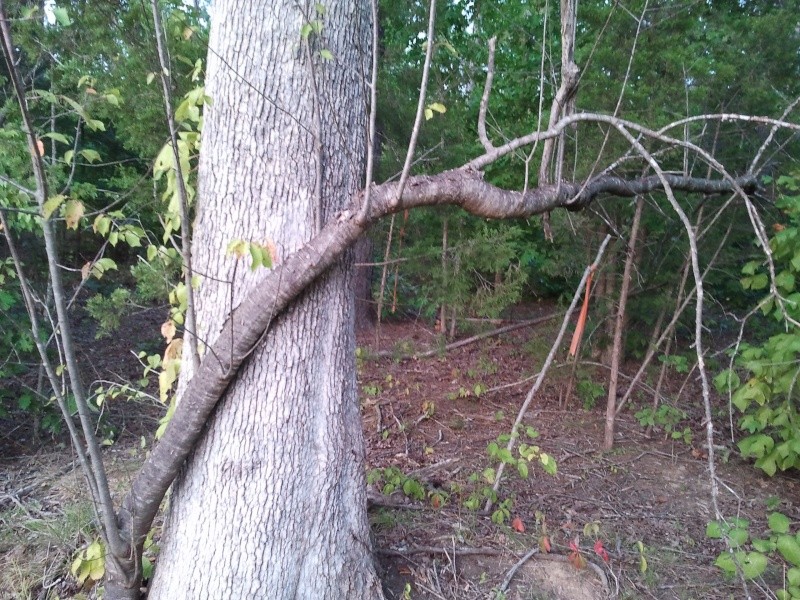 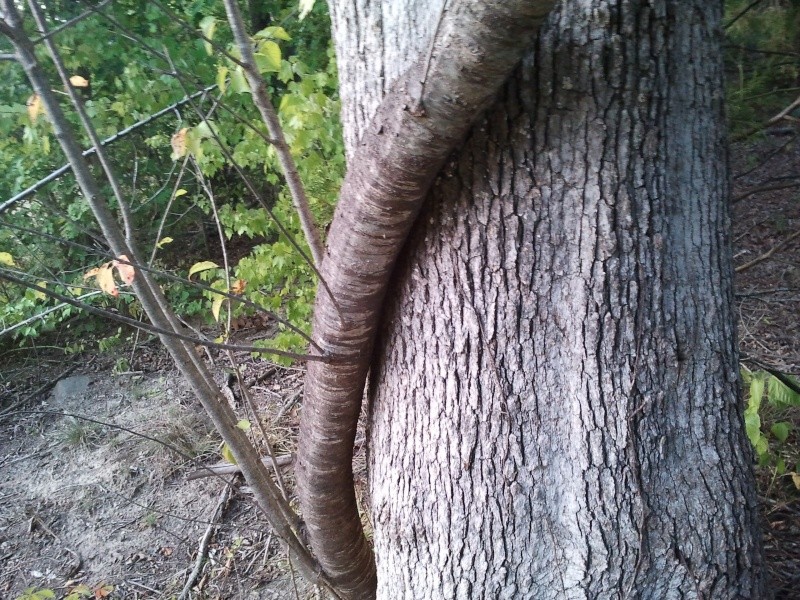 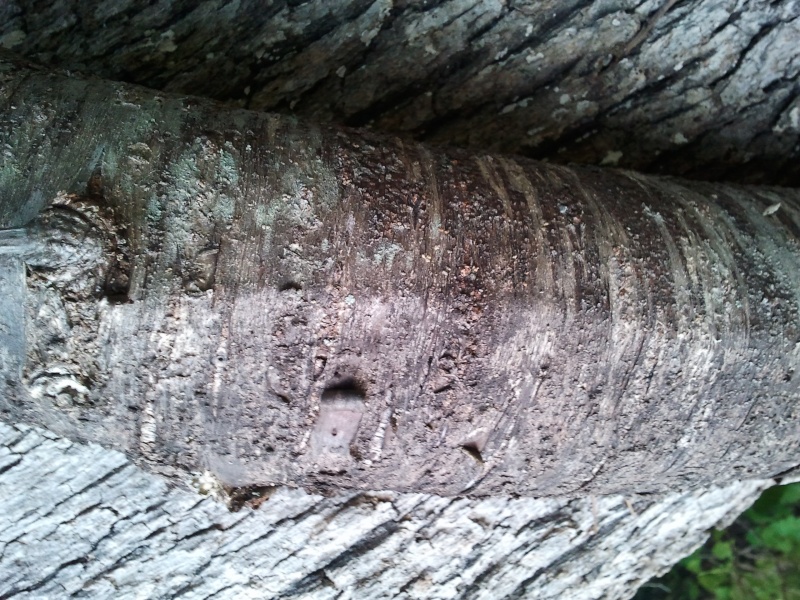 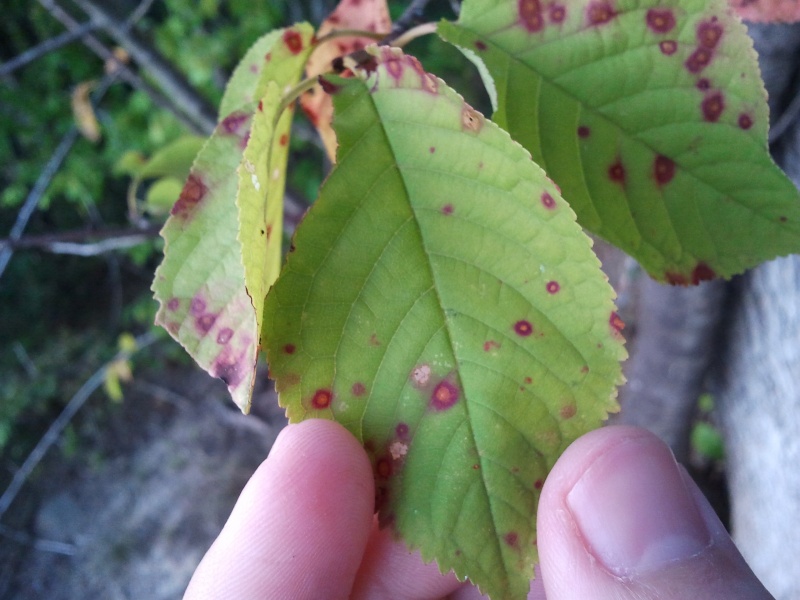 Jake,
Its hard to tell from the pics, but you may look into some of the wild cherry/ plum varieties that grow in your area. Prunus serotina grows around my area with similar bark and growth habit.

I never even considered anything else, are they good for bonsai?

DreadyKGB wrote:Jake,
Its hard to tell from the pics, but you may look into some of the wild cherry/ plum varieties that grow in your area. Prunus serotina grows around my area with similar bark and growth habit. 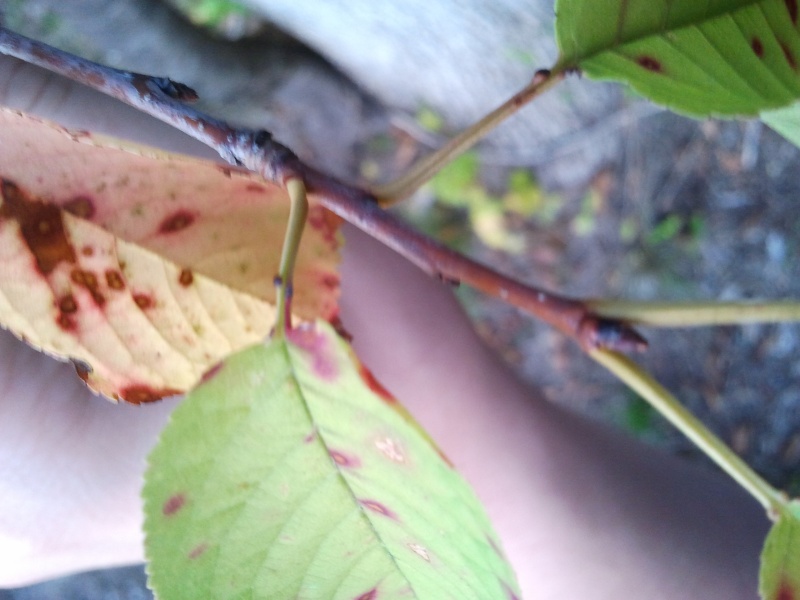 well yes and no, it depends what you want to do with it. The leaves are large but can be reduced some, and they seem to flower irregularly( I'm still working on getting mine to flower). But they recover from collection quickly and grow a nice fine root system and also bud back ok but I haven't cut back beyond the lowest green. They don't make for shohin so a larger size is in order. This is just my limited experience with two Prunus Serotina that I have collected.

I guess prunus based on the leaf shape and I can almost make out nodes on the leaf petiole. also it seems to be suffering from a fungal infection on the leaves which is prevalent in prunus.

Do you mind showing me yours, and also is that infection a problem (as in do not collect from it), and if it isnt how can it be fixed?

Maybe this one here.

Ok I might have to go back and check but in the leaf arrangement pick the newest two leafs look opposite while the back two look alternative. Am I seeing this wrong?

Jake,
The leaf arrangement pic seems to show the leaves as being alternate even the two on the end although the spacing is very short. The fungus is a mostly only a problem of asthetics. This shouldn't be an issue for collecting the tree although the pictures seem to tell me it has had a rough season(drought?, bugs?, fungus?, deer?). Prunus varieties are prone to almost every type attack that can happen, but they manage to keep living(usually). I don't have any pictures of mine at the moment but the one you show seems to be a different species.

Oh ok makes sense, yeah we are on the borderline of a drought here so thats probably it. I trying to look it up by leaf and getting weird things and american plum seems pretty close so I will just assume its that.

It's definitely a cherry of some sort. The bark is very cherry - that almost polished appearance with bark flaking in horizontal strips. The clincher is the two little glands on the petiole close to the leaf base.

Good luck with the dig, it'll be tough with the roots entangled with those of the larger tree next to it!

PS: The flowers and fruit are the easiest way to tell most cherries apart since leaves can become atypical in adverse conditions.

haha oh theres no way Im digging this tree up the trunk is probably 8 - 9 in across. I was thinking more an air layer next year for a forest planting that I want to do. (originally shohin size but that all depends on leaf reduction of this tree, I also was thinking american elm) Ill have to look at the flowers. Do they come in spring?

My property is lousy with them, the bark and more importantly the leaves covered with cherry leaf spot gives it away. The propensity for this tree to develop leaf spot and then spread it to every other sour or pie cherry around it is the reason I have to spray all my cherries 3 times a year....
-Jay

found this pic , bark still doesnt match up perfectly but who knows 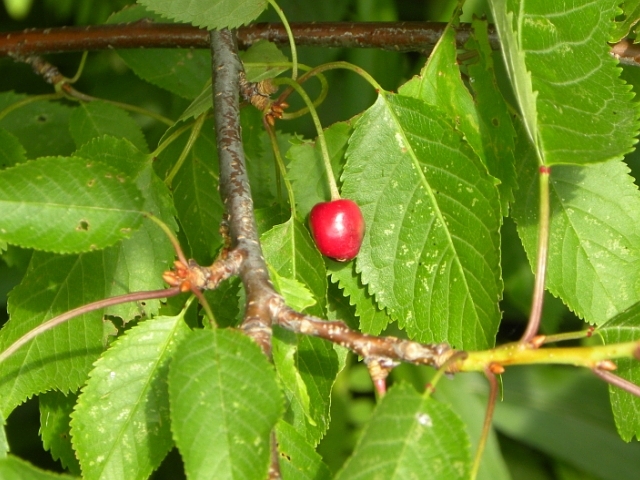 Jake
I updated my last response, I always get pin and sour cherries mixed up.
-Jay