Russell Coker wrote:I'm sorry for being ignorant, technology is not my friend. But is there something I can do from my end to see more than one-half to two-thirds of the pictures of these bonsai? This seems to be a recurring problem with a lot of posts on this forum.

Jose Luis, thanks for sharing - at least the parts I can see.

Russell - I find that can happen if I try to open more than one forum posting at a time (i.e. different subjects or pages for a subject). I have some possible theories as to why this is, but the workaround I found to consistently fix it is to open one page and let it load fully into the browser before opening another page.

As it seems to be limited to just servimg.com and if my suspicions are correct, there's nothing to be done on the user's side about it.

Gary, I appreciate your effort and I'm sure I'm not alone.

Kev, your advice was right on target. Your suggestion works and was just what I was hoping for.

A little more to lure the public to ASPAC!!! 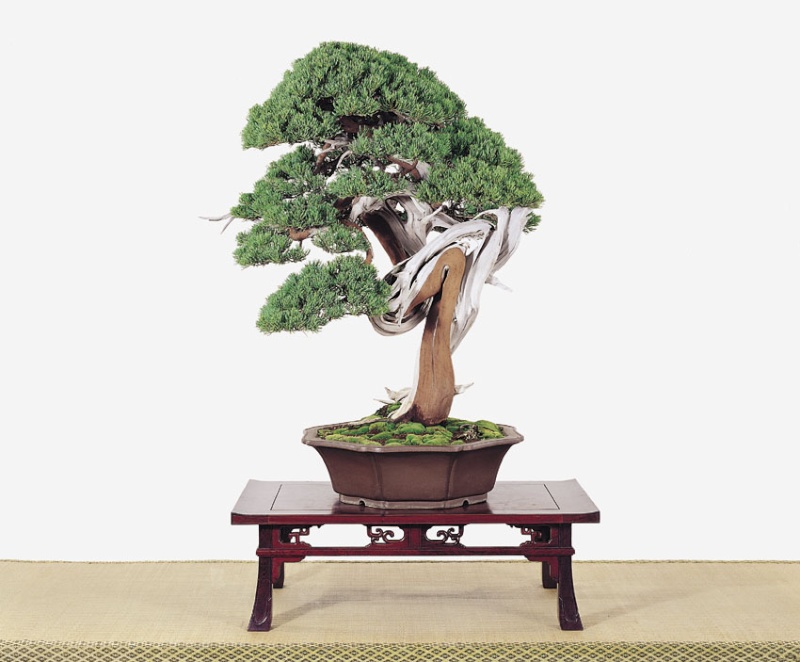 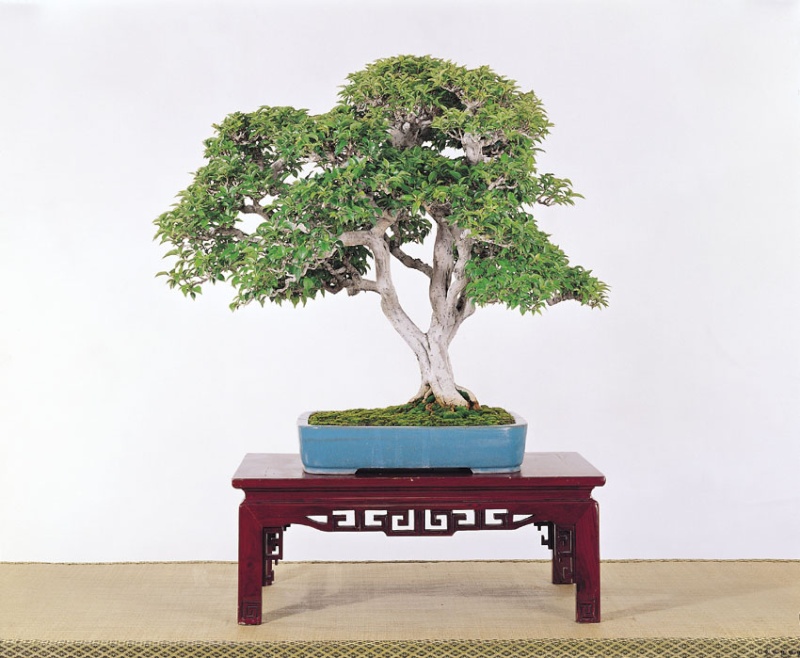 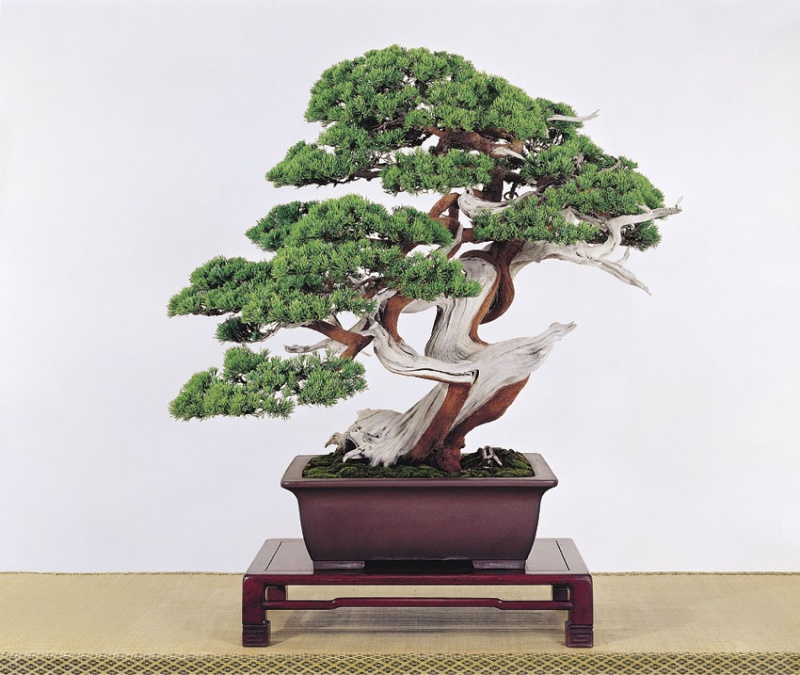 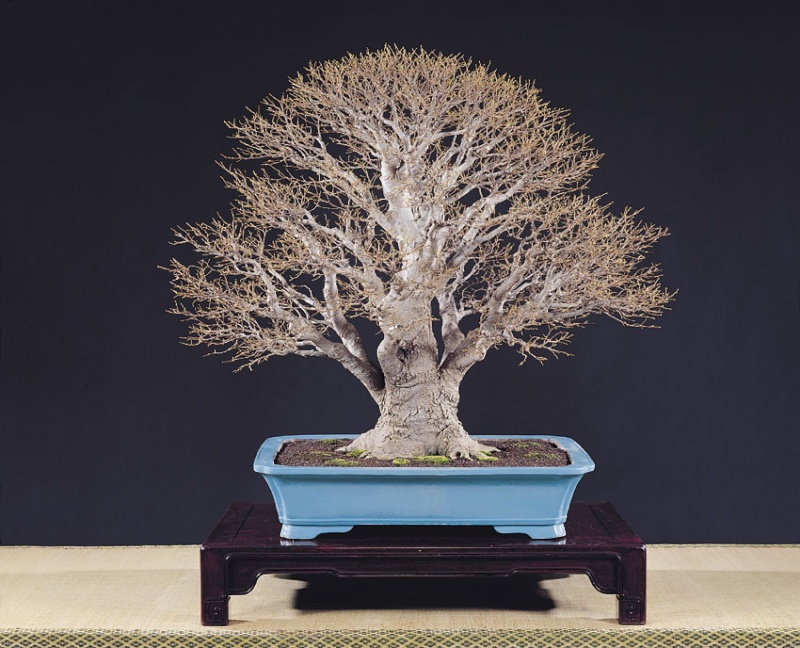 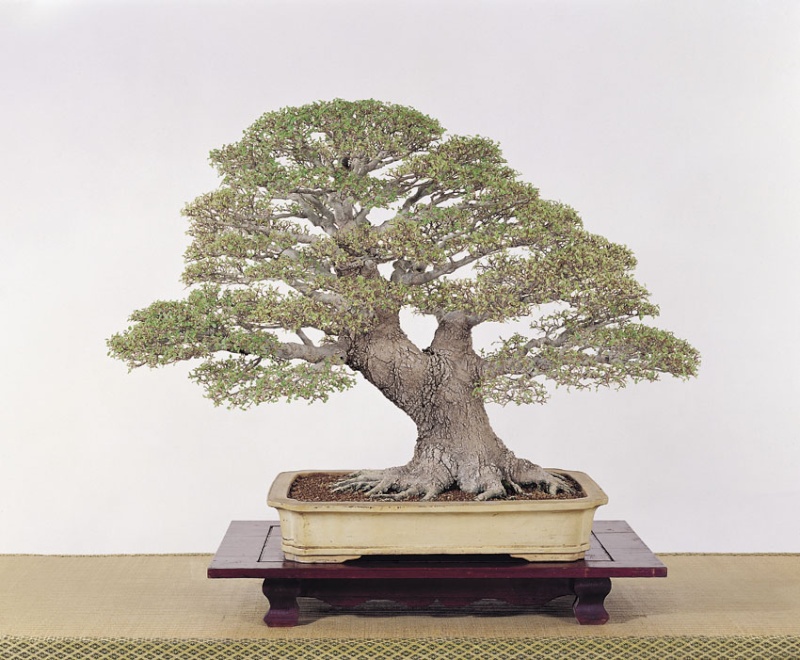 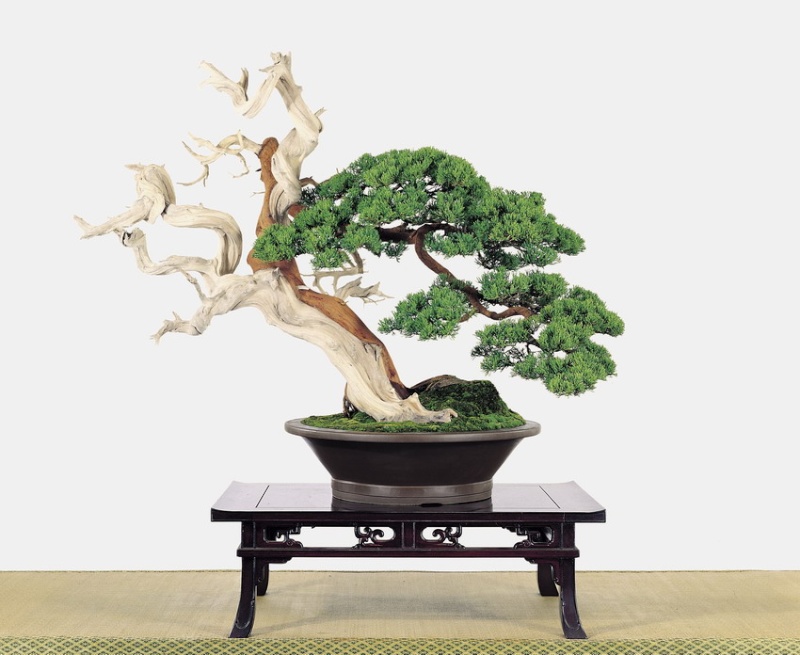 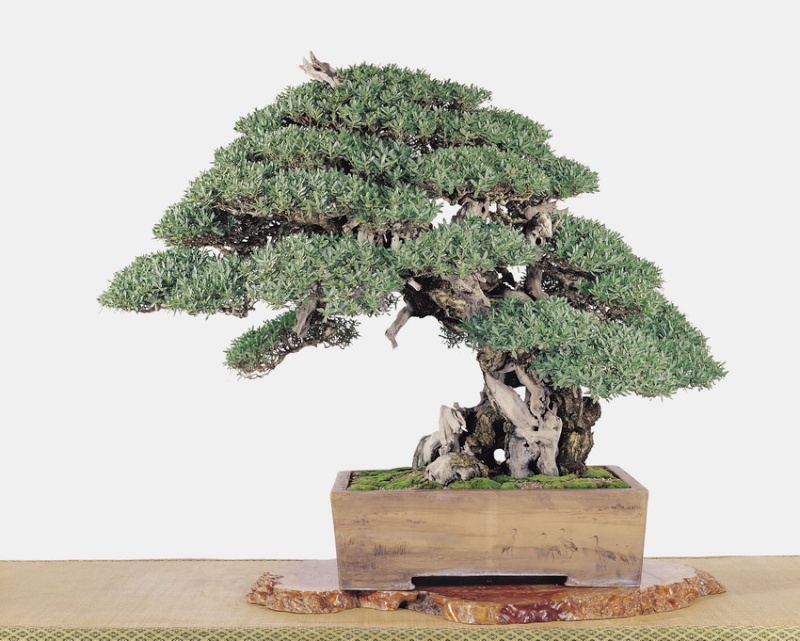 A Hai Mei from Mr. Huan Kuo Cheng from Pindong 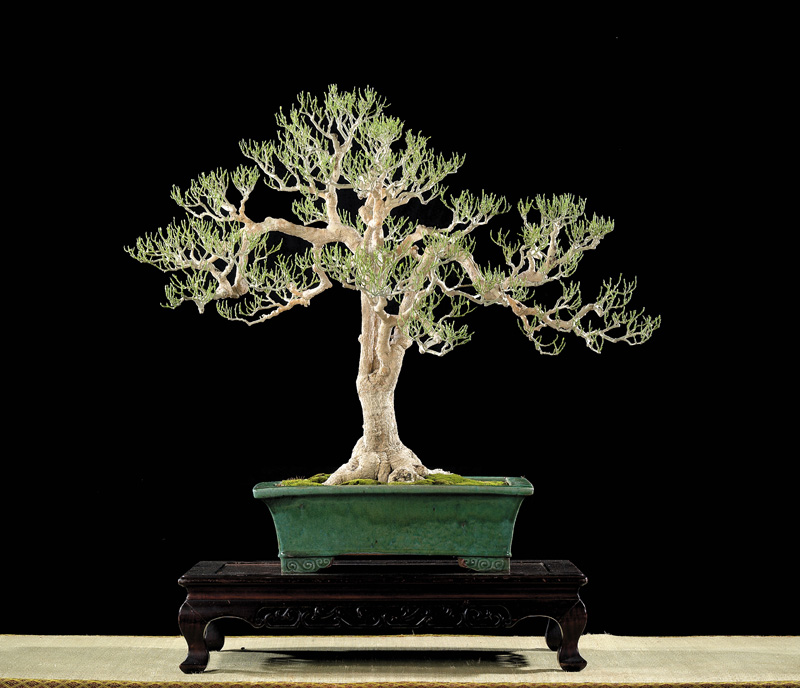 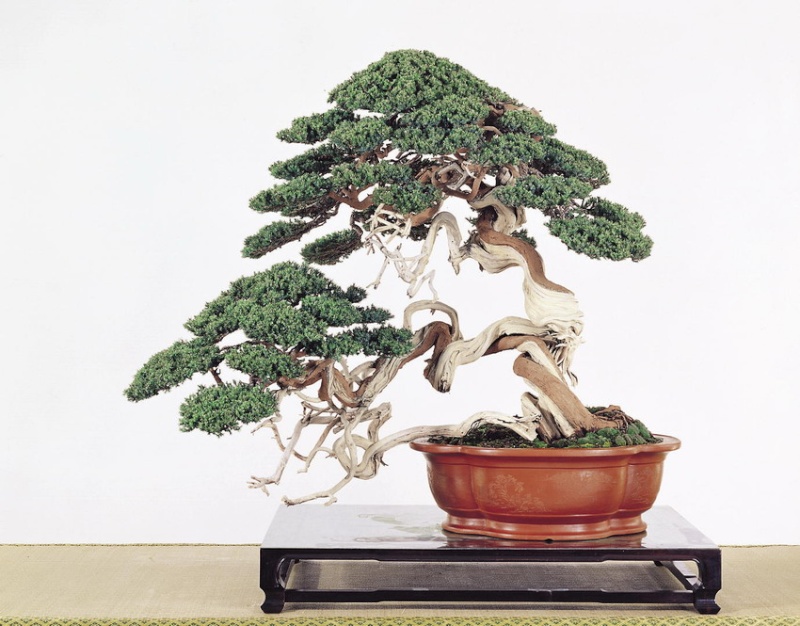 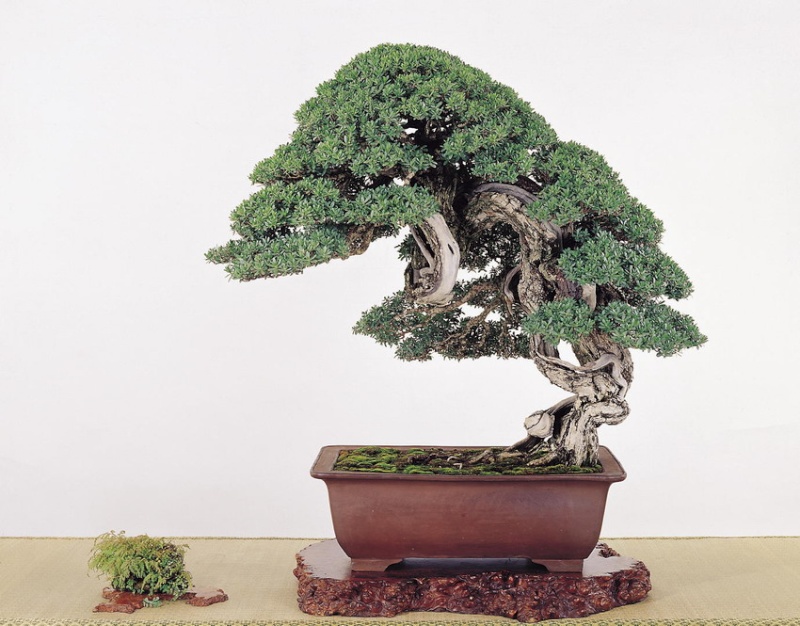 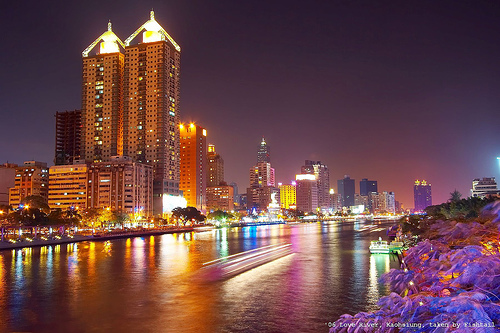 Night View of the Love River in Kaohsiung 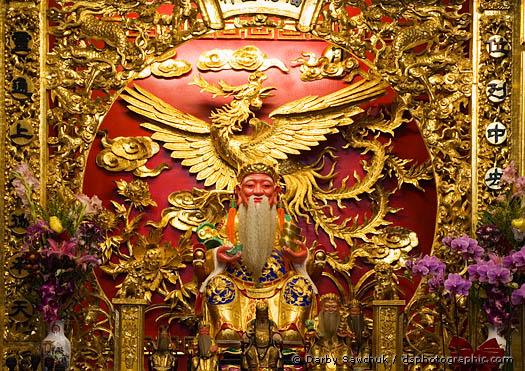 Detail of the Temple of Lukang in Tuku. 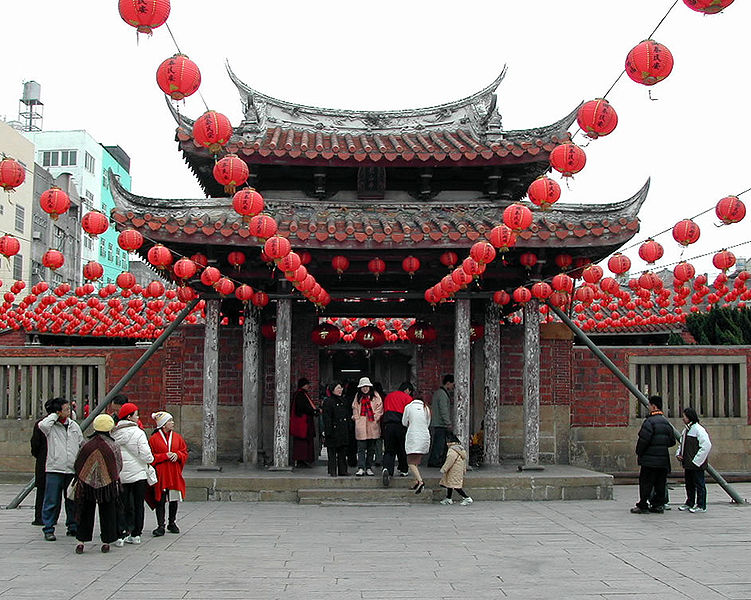 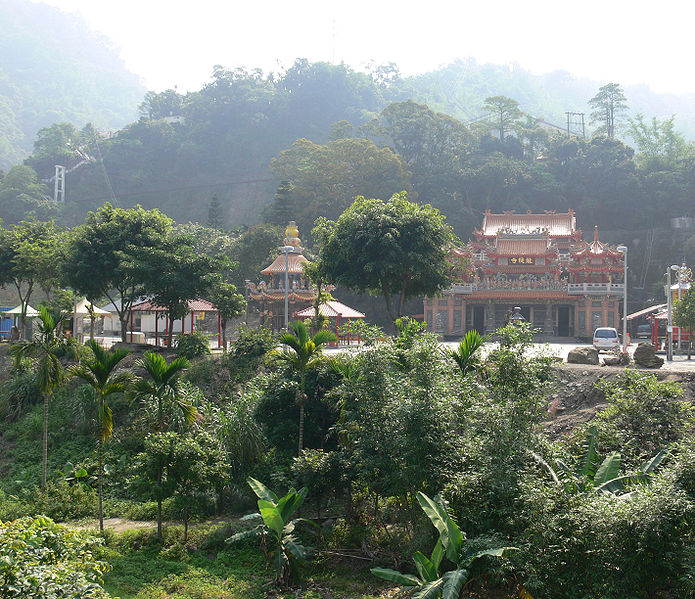 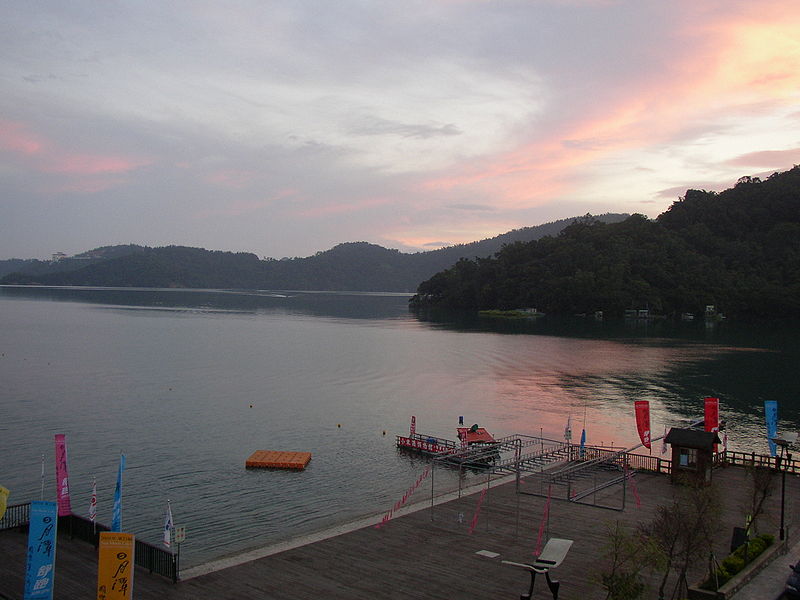 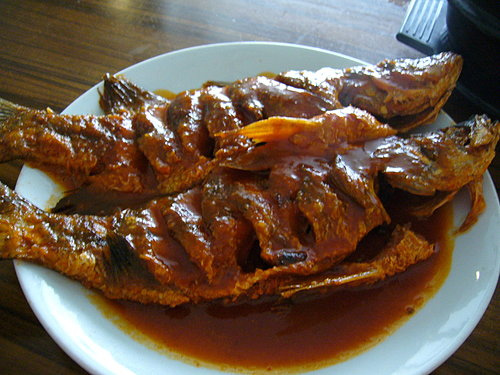 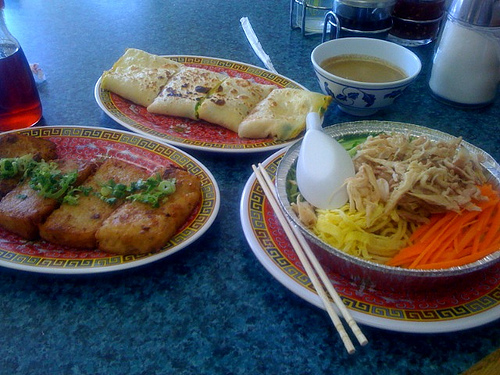 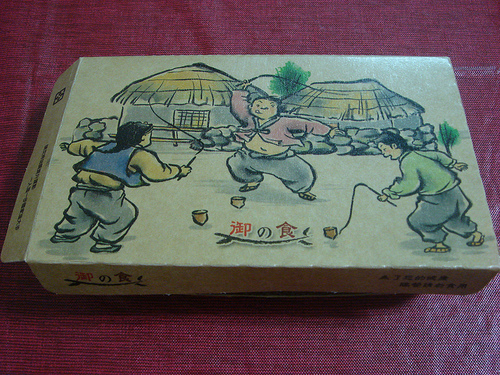 Stunning ..from trees to environment! Thanks!!
-d

Advancement of the Art of Bonsai in Taiwan

I think that bonsai is very important, but trees are not the only special feature of Taiwan. Formosa (as the Portuguese called it) has a vast natual diversity. Even though Taiwan is a small island, it has tropical and subtropical climates. It also has temperate belts due to the high altitude, so in particualr areas it does snow. In the cold areas, one seldom sees bonsai. Bonsai nurseries are mostly concentrated from Central Taiwan (Chung Hwa, Douliou and Nantou Counties, etc.) all the way to the southern tip (Kaohsiung, Pindong, Tainan, etc.)

Bonsai Cultivation in Taiwan (The Early Days): Just to let you know a little bit about bonsai cultivation in Taiwan, during the Japanese occupation, bonsai endured a transformation. Already present when Japan occupied Taiwan, Taiwanese bonsai took a turn. In the olden times, Taiwanese bonsai masters used to learn techniques from the Japanese. Some Taiwanese pioneers even went to Nihon (Japan) to study bonsai and a lot of japanese bonsai were imported. Due to climatological factors, some of the trees thrived while others perished. Also, government restrictions were imposed and trees were no longer importable, given the fact that Taiwan is highly agriculturally dependent country. This fact alone made the Taiwanese bonsai community hungry for suitable bonsi material. Because of this, some trees were collected from Kenting and other areas were naturally stunted Hai-mei (pemphis), Zhou Ning Tze (premna) and sea hibiscus were found. Before long, the government prohibited collecting yamadori. At the same time Taiwanese imported yamadori from the phillippines, but this was also banned. Not having were to turn and knowing that importing material will be no loinger possible, growers developed very high technical standards in developing and training raw stock. Taiwanese bonsai artists are highy skilled. The diversity of ecosystems present in their island gave them the opportunity to work with a high array of material. Malpighias, Pitangas, and many other trees imported from South America as seedlings or cuttings have been grown to perfection far away from their native land. Taiwanese bougainvillea are probably the best in the world.

It is accurate to say that Taiwanese bonsai has created a character of its own and is in itself one of the pillars in the world bonsai community.

The Infamous Taiwan Junipers: 100 percent of the junipers cultivated in Taiwan are field grown. Although Taiwan does have high mountain junipers, the native juniperus squamata var. Formosana does not survive in the low lands. Also, high fines and penal restrictions prohibit their extraction. Seeing the contorted junipers from Japan and Korea, the Taiwanese felt a need to quench their thist for drift wood junipers. At first, electrical tools were used to create shari and jin. Unfortunately, tool marks were always visible, thus diminishing the value of the material. This gave way for new avenues in shari creation. Some of the bonsai pioneers began using screw drivers and needle nose pliers to pull the woood fibers of the dull, round shaped farm cultivated junipers. By doing this, the newly created shari looked natural, almost as if nature itself created it. After a while, the tecniques advanced, resulting in the fabulous bonsai we see today.


Mr. Wu: Forty to fifty years ago, Mr. Wu from Taipei began propagating what we know know as Juniperus Chinensis var. Formosana. At the beginning, a lot of people laughed at him, stating that he will never see his trees mature into bonsai fruition. As time went by, Mr. Wu perfected the art of creating twisted junipers with natural looking driftwood and lush green foliage. Today, Mr. Wu is a wealthy man. His life commitment paid off and his trees are amongst the highest prized bonsai material (unworked) in the Taiwanese bonsai market. 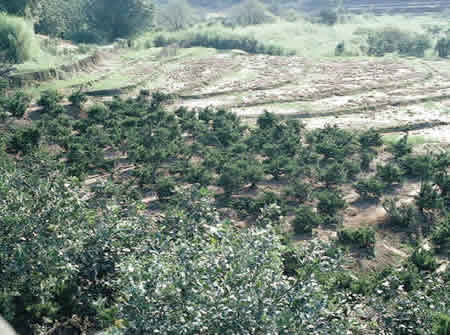 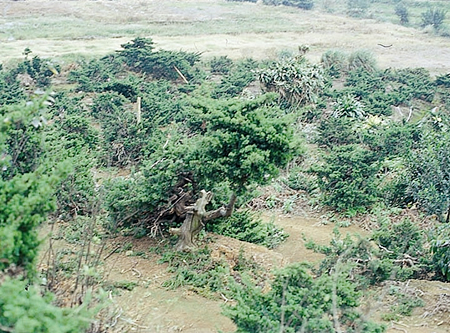 A view from Mr. Wu's Field.

Thank you for that, Jose Luis - it was very informative. It's good to get the "back story" from time to time. 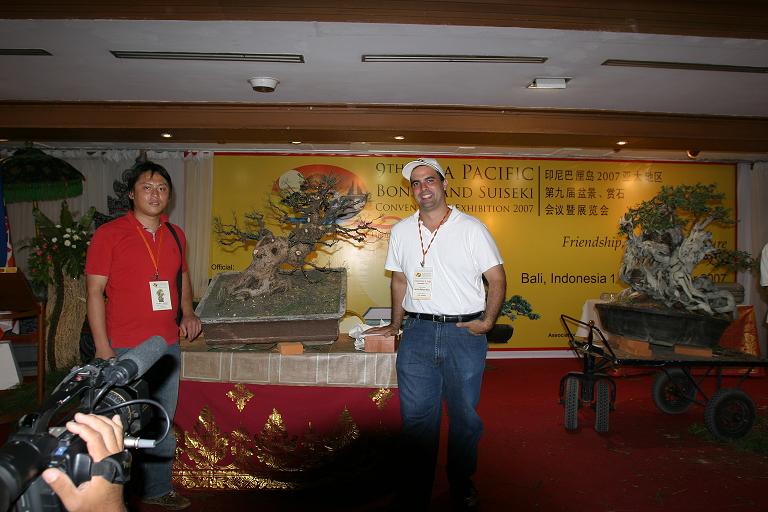 For those who don't know me and want to put a face along with my words, here's a picture of me (on the right) during my demo in the 9th ASPAC held in Bali, Indonesia. Along with me is my humble assistant, Mr. Huang from Puli Taiwan and one of my monster casuarinas. On the far right, Mr. Cheng Cheng Kung's Hai mei (Pemphis) demo tree.

I think it also clearly demonstrates a difference between East and West. Mr. Wu was willing to field-grow, realized it would take many years, and committed himself to that path. His commitment paid off very handsomely. Not many Westerners are willing to make that kind of investment. The typical thought process just doesn't allow it. It's akin to the same thoughts that say growing from seed will never result in a quality bonsai. This is poppycock. Mame and smaller shohin bonsai can be quite nicely created in 10-15 years from seed by a skilled grower. After that, the mame or shohin bonsai simply become nicer due to further refinement. If anything, the results from this commitment can produce a nicer bonsai from apex to nebari than any collected specimen due to the grower's ability to control just about every aspect. It's a process. It's a path to walk and a journey to enjoy.