I repotted this old camellia back in February and gave it the first trim last weekend. Since it's finally starting to look presentable I thought I'd post it. 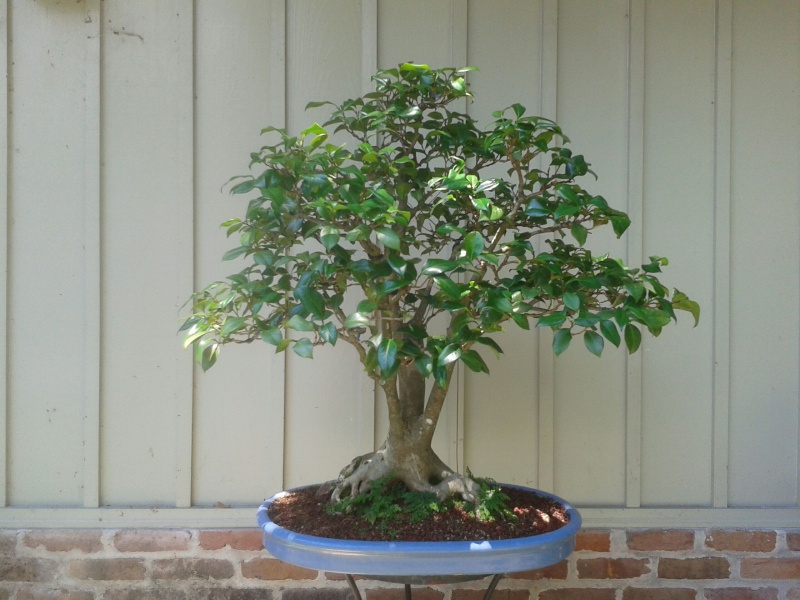 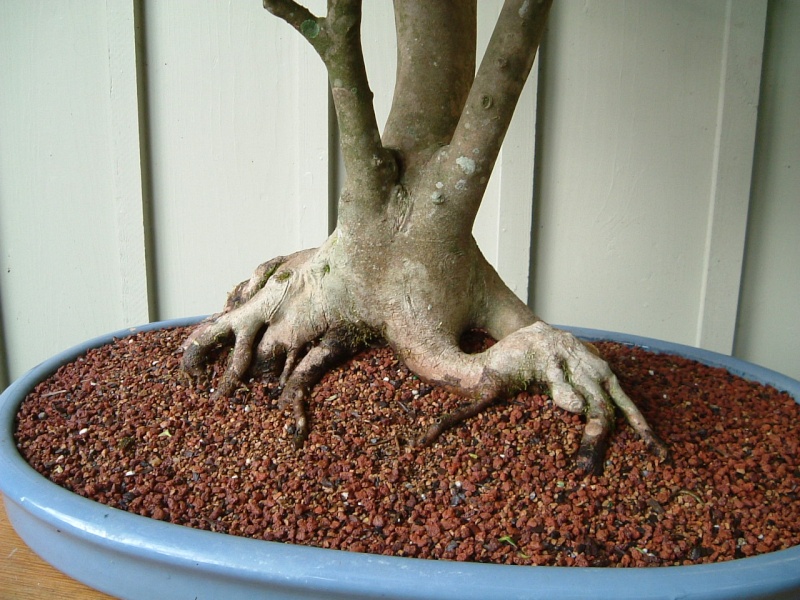 The variety is 'La Peppermint' and it blooms like a satsuki with solid and striped flowers. I dug it from an old nursery about ten years ago, I guess I should do a better job of documenting that sort of thing. It's been a SLOW go. The pot is 24 inches wide, the base at soil level is 15 inches wide and it's 36 inches tall. 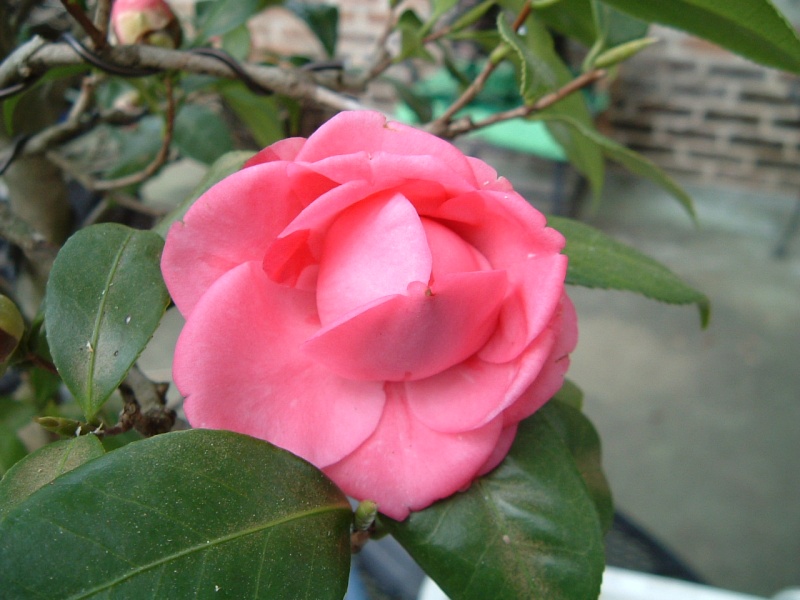 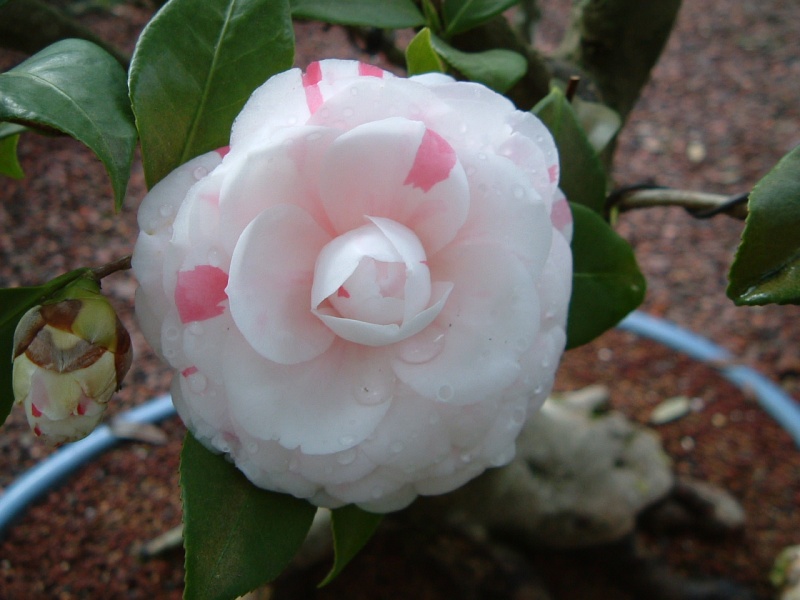 What a stunning Camellia, it must be breathtaking when covered in blooms. It gives me hope that with another 10yrs mine might be starting to get somewhere.

One thing that I am intrigued by, the thickest trunk is at the back which is normally frowned upon, so, why did you choose to style it this way? I wouldnt change anything but just curious...

MattA wrote:One thing that I am intrigued by, the thickest trunk is at the back which is normally frowned upon, so, why did you choose to style it this way? I wouldnt change anything but just curious...

Hey Matt. I didn't know it was frowned upon. Sometimes the smaller trees and in the front, sometimes the back, just depends on the design.

In the picture of the rootage, you can just make out a bend in that largest trunk. If that side had been the front you'd see that the bow it creates would be very unpleasant to look at. By putting that biggest trunk to the back it leans away from the smaller 2 then straightens up as it gets taller, so it ends up working as an asset instead of a flaw.

Nebari is better on this side too!

Great camellia Russell! I've been wanting a nice one for years without luck of finding good stock. A neighbor had a 30yr old bush in her yard which she's promised to me, but the drought last year killed it off. Yours looks much smaller/daintier than the regular variety. That may all be due to your work though. LOVE the pink/white stiped flowers!

The front looks fine to me too. I think large trunks - small trunks placement is most important in forest plantings, not in a single tree.

I think finding decent material to start with is the hardest part of working with japonicas. It is almost impossible to find anything in a nursery can, and digging garden camellias is iffy at best. The nursery where I dug this one is just north of the Mississippi Sound at the southern end of the county, and barely above sea level. The soil is a very heavy, sticky black sand and forms a perfect root ball when these plants are dug by hand. The root system is also very shallow because of the high water table. I've never dug one from a garden that had a root system anything like what I find at this old nursery. As the owner is in his 80s I guess I really should try to do some midsummer dormancy digging before this window of opprotunity closes for good.


Here are a couple of others I'm working on, C. hiemalis is easier than japonica.

Russell,
I have a couple of Sasanquas, but they're nursery bought and will never make good Bonsai. I just enjoy the small flowers each year. Are Camellias touchy about their roots when collected? I haven't had the chance to find out (translation: haven't killed one of THOSE yet!).

RUSSELL,, That tree is outstanding just the way it is !! I really like the trunk and root flare on it.. don,t change anything... take care john

Very nice tree Russell.
When is the ideal time to collect?

Justin, the old guy that runs the nursery I menetioned dug camellias and sasanquas any time they weren't actively growing. In my climate they flush with new growth in the spring. After that finishes and hardens they go into a summer dormancy period, then flush again in the fall. Winter/very early spring is flowering time, then the cycle repeats. Personally, I feel that the summer dormancy is the best time to collect HERE. Most people would tell you January - March and that's certainly safe, but the survival rate seems better during that summer dormancy. I've also repotted all of my camellias mid summer and it has worked out really well. That midsummer window comes in handy if you are overwhelmed with your other repotting!

Joey, the hiemalis/sasanquas in my other threads are sold as 'beni kan tsubaki' or 'shishi gashira' and they all came out of 3 gallon nursery stock. I think they are the best of the camellia/sasanqua group for bonsai since their natural growth pattern is rather wide and spreading. Almost all of the sasanquas are so upright, and that's hard to do anything with.