just playing around with some pics of my tree, trying to deside what kind of pot i eventually want it in. made some cool artwork, thought you guys might like. let me know what you think? 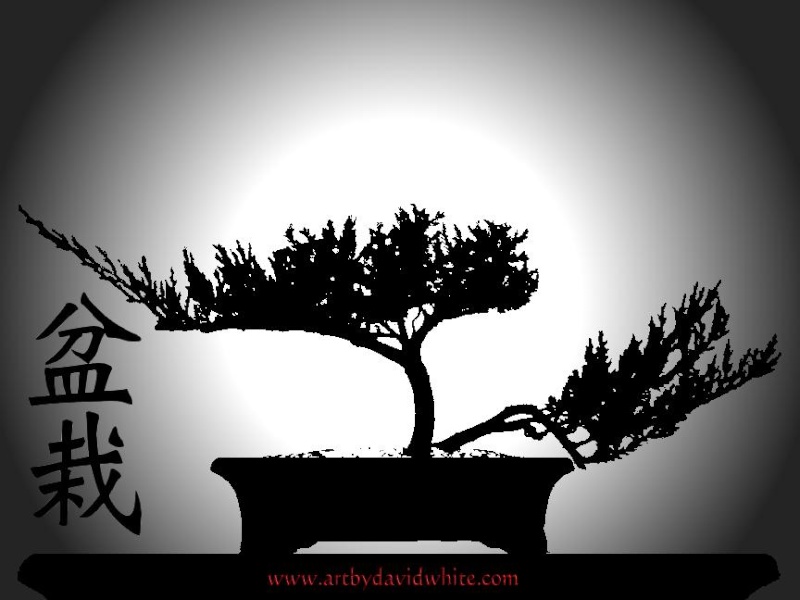 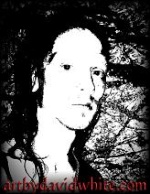 David: Your concept is good with the silhouette and the bonsai kanji. The tree design, however, will not appeal to experienced bonsai artists.
When we design a bonsai, we are usually striving to evoke the appearance of age in a tree. That will include features like a trunk which is relatively thick compared to the overall height of the tree. (Think anywhere from 1:6 to 1:10 ratio.) Other features will be aged bark, heavy surface roots radiating out from the base of the trunk (these are called nebari by the Japanese), branches which are thicker the further down the tree they are, ramification, and good spacing of branches. The overall shape will resemble something you might find in nature and think of as an inspiring tree. The leaves or foliage will be relatively small in respect for proportion to the size of the bonsai.
And the pot or container will not overwhelm the size of the tree nor detract from the appearance of the bonsai. Like a good frame for a painting, the pot will compliment but not compete with the main subject of the composition, in this case--the bonsai.
Find a good bonsai book to study classic shape classifications, such as formal and informal upright, slanting, forest, cascade and semi-cascade. You will also find that most of the design principles you have learned in your art studies apply to bonsai design as well. Once you learn about these, you will never ever look at trees quite the same way again.
A few book suggestions are Bonsai Techniques I & II by John Naka, Bonsai: Its Art, Science & Philosophy by Deborah Koreshoff, The Bonsai Workshop by Herb Gustafson and The Art of Bonsai Design by Colin Lewis. There are many other fine bonsai books out there. There are also a number of very poor bonsai books. After checking out one or two of the ones I have suggested, you will probably be able to recognize which is which pretty readily.
Also, as mentioned before, find a bonsai club to join. Take a class or two. Your bonsai appreciation and sophistication will grow faster in that environment than any other way. Welcome to the magnificent obsession!

thanks for the advice, and book list. i would love to take a class, but from what ive found so far, its unfortunately quite a long drive to take classes. so for now its just reading as much as i can and watching videos online.
as far as the tree, its got a long way to go. 3 weeks ago it was nothing more than a juniper shrub, like this... 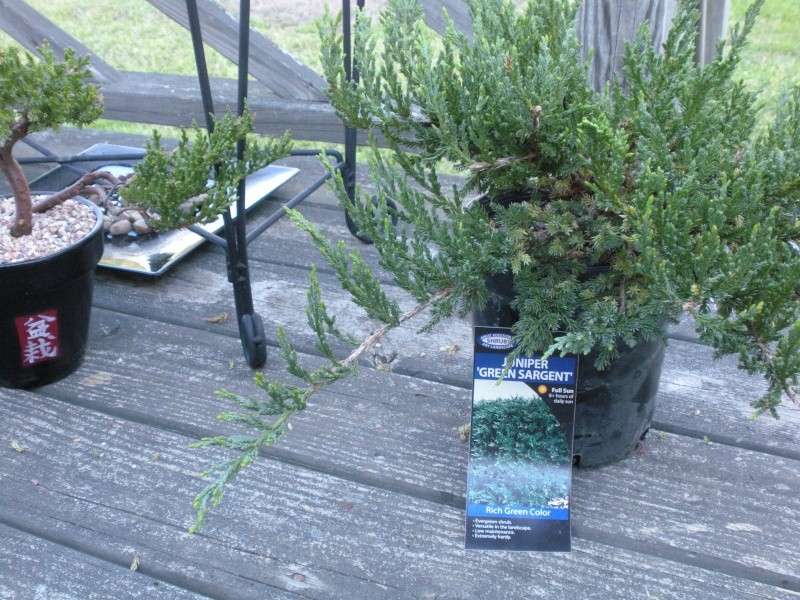 this is one i just got yesterday... gunna work on it this week end.

i was going for a windswept (slant) look along with a semi-cascade. i left it in a larger pot so it would have more room to grow, for now, in an attempt to get the trunk fatter. any advice on ways to do this? or does it just take time?
the roots of the tree are still very thin so i didnt leave any exposed... maybe next year or the year after when i repot i'll leave some out. 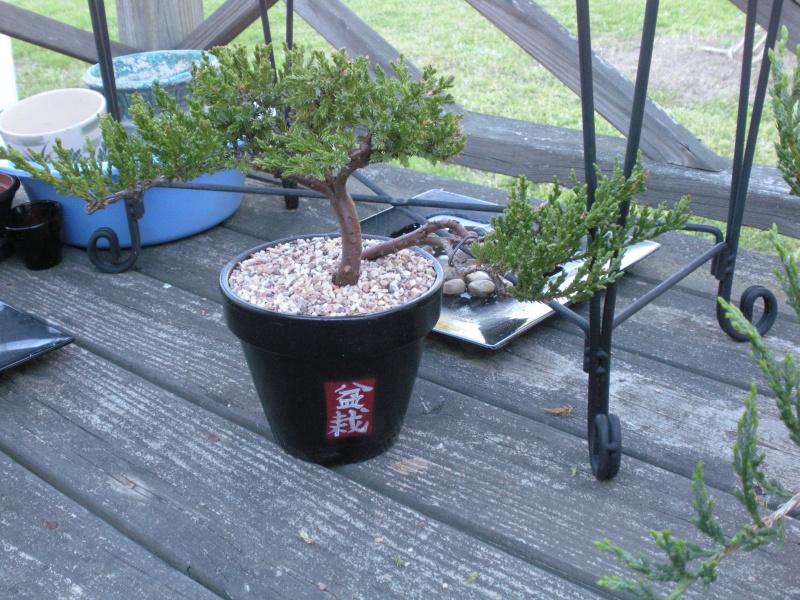 the pot i chose for the artwork i did, was sized relative to the size the tree is now. its gunna be a while before i put it in a actual bonsai pot, but thats the kind of pot i like. everything ive read says to only cut about 1/3 of the roots away each year, going to a smaller and smaller pot. is that the way you would suggest?

i was going for a windswept (slant) look along with a semi-cascade.

That would be fine as an either/or. ie. if you could separate them. The windswepts direction is being blown away from the semi cascade, so it couldn't exist like that in nature.

Apart from that, your first styling shows promise. It is difficult to do when faced with a bushy garden shrub.

Your photo manipulation skills will also stand you in good stead, when it comes to making virtuals for deciding the future changes to a tree.

Keep reading and practising, that's how we all learn.
_________________
“It is not the strongest of the species that survives, nor the most intelligent. It is the one that is the most adaptable to change.” - Charles Darwin.