Vic said:
So I'm going to give you the only non-ebay source for them left in the US.


Hmmmm, I still sell them for less prior to shipping.

I have to say that for many years I've taught people to carve just like shown in Vics pics. One hand should hold the die grinder and the other should be in contact with the grinder AND the work, EVEN IF it is simply your pinky just touching the work. This increases your control greatly, and lessens the possibility of kick-back.
my other rule, as I've often said, is "Don't TALK to anyone while you are carving, or allow anyone to talk to you while carving". If you must, turn it off, then talk.
ALWAYS use eye protection and if into some serious carving for the day, a mouth/nose cover. I use the doctors office types.

I disagree with Mike about the Samurai. I've used them since they came out and I sell them. EVERY problem I've ever seen with them has been the users fault not the tool. People just seem to want to really LAY on their carving tools. I imagine those same folks LAY on chain saws also. If you are putting your body weight into a carving job you will eventually have accidents and/or ruin your tool. Once you bend the shaft you'll know it from the vibration.
I do personally prefer the Ninja Master for my average jobs however due to a bit smaller size.
I don't sell ANYTHING that I haven't tried/used.

I have used the CORE BOX bits for about 20-25 years now and always warn folks new to them to use only the 1/4" and 3/8" until they get some expertise. Then to move to multi-head cutters for smoother operation rather than go to the larger core box due to kicking.

I've been carving bonsai since about 1985ish when I was first turned onto it by Dan Robinson at a convention. I'm not paid to teach it or demo it but often see people who ARE being very careless and scared of the equipment and often not doing a very good job. Thats the way it goes in bonsai conventions!
But, it IS dangerous. ANYTHING involving 25, 000 rpm cutting tools can be! So, if you are afraid of them, then refrain. If not, have fun, be careful .
Over the years I've been into carving I've seen ( or heard of) several folks hurt doing carving. It happens! Thats why we call them accidents. if you drop your concentration for a second that carbide cutter can bite you!
Heck, I even heard about a famous car racer that once wrecked his car!

I also like the dedicated Arbortech Mini-grinder and the Arbortech Power Chisel. I also sell those.
BTW, Mike, I sell and Arboretech Mini-grinder SAMURAI head for the slower Mini-grinder, or, I can possibly get the parts to convert your Samurai to it. I think. I don't want you to feel you wasted your money.


I believe the workstand is the one made by MECO, and it's probably the one Vic got from me. 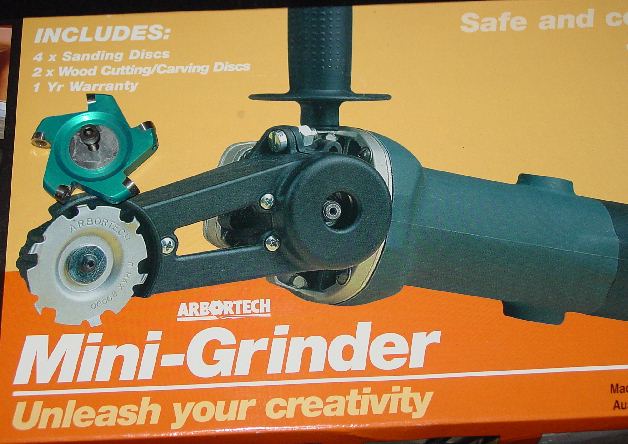 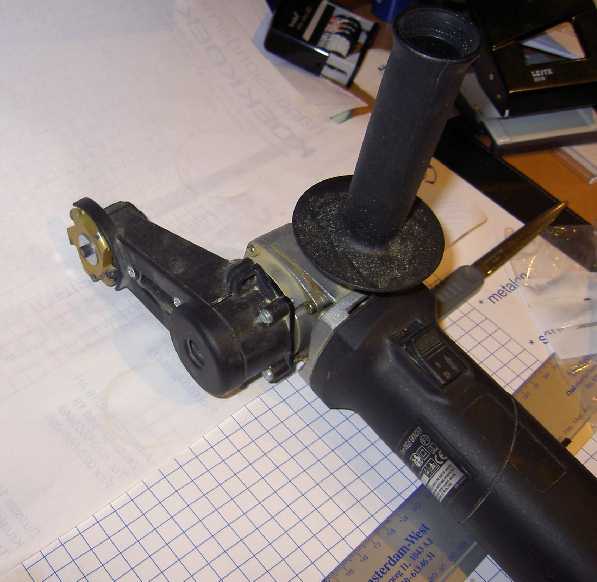 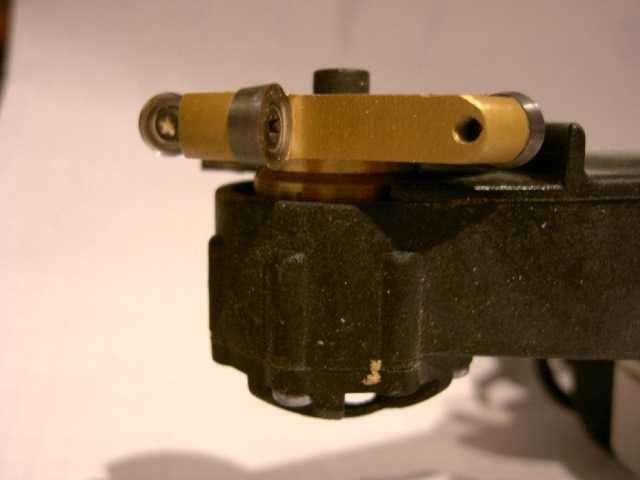 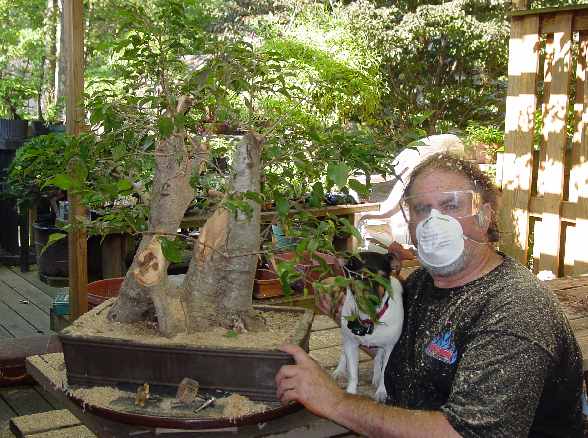 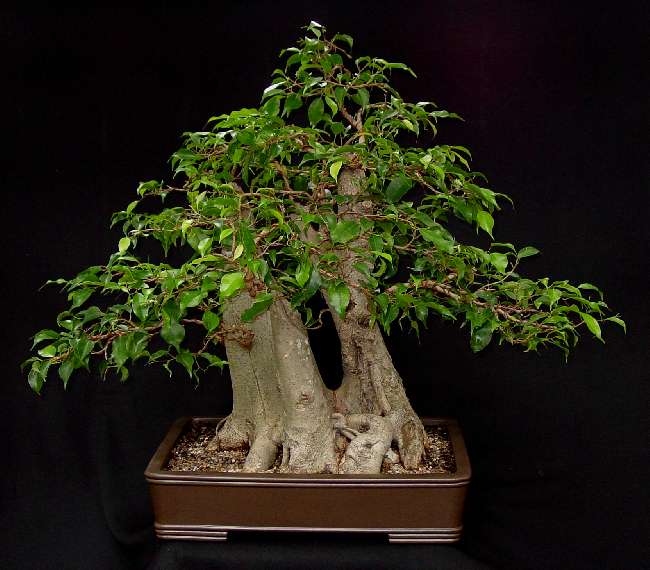 Victrinia. It is all too easy to pic holes in static photos. I'm sure if you watched my carving tecniques you would wince at times.I think if we're all honest, there have been times when there could have been other things, not just wood chips, launched across the workshop. :affraid:A lot of my safety has come with experience and if I can pass on and bypass my bad choices to others, then I'm happy. I always have a finger or two/ knuckle against my work but try and keep the cutters I use as smooth and judder, or kick back free as possible.

When using high speed rotating tools, it's not just rpm's that count. More importantly it's peripheral speed that matters. Therefore, the greater the circumference of the tool, the greater the speed. For instance, the circumference of the Samurai is more than 5 inches. The average spherical ball type carver in my tool kit is about 1.5 inches. That's a big difference in real speed.

There is a danger in running rotary tools too fast. Be careful and live happy. 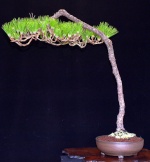 My offer still stands Mike.
So you don't feel like you wasted your money on a Samurai, or feel unsafe I can give you the adaptors to use it with a 15Kish RPM Arbortech Mini-grinder which uses a slightly less diameter stock cutter or upgraded 2-carbide head cutter out of the box.
Also, you can EASILY use a router speed control or foot-switch type ( such as Foredom) with ANY die grinder to slow it down to a speed YOU feel safe with. This is EXACTLY what I recommend when folks are using wire wheels ( even the higher rpm ones from Germany) and sanding flap wheels, both of which are impossible to balance.
Also Mike, You might want to try the 4-cutter, smaller, one-piece turned stainless steel Ninja Master. These cut like a hot knife through butter, and are considerably smaller overall. 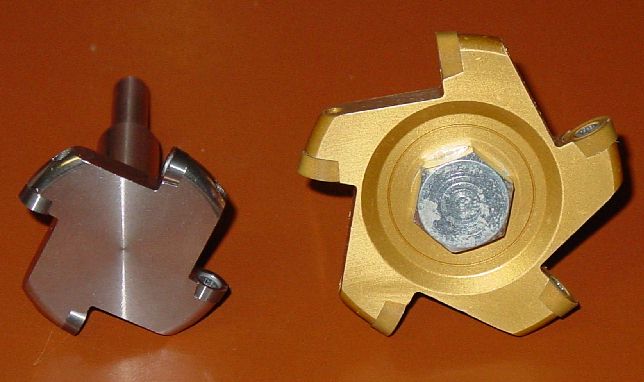 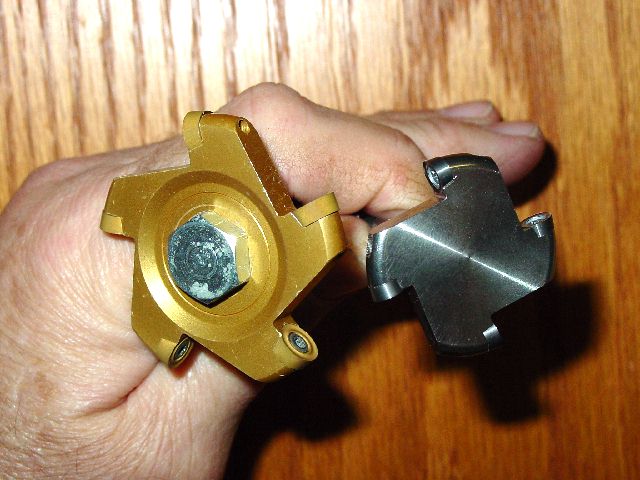 I guess power wood carving tools, their use in bonsai , and safety will forever be a point of contention, with the most famous voice always winning out at any particular time. Many times I've sold out of a particular carving tool at a convention when it was used by someone 'famous' , and, conversely, I've been asked "Is this safe to use" when someone famous has said they didn't think so.

you should have seen how many of these chain saw Lancelots I sold after people saw one from me attached to Kimura's tool!!

( he later bought several as replacements)
But then, some folks thought differently after a Louisiana master

cut his hand badly with one! 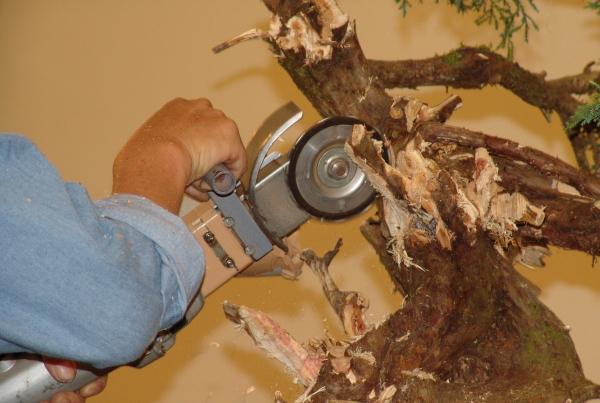 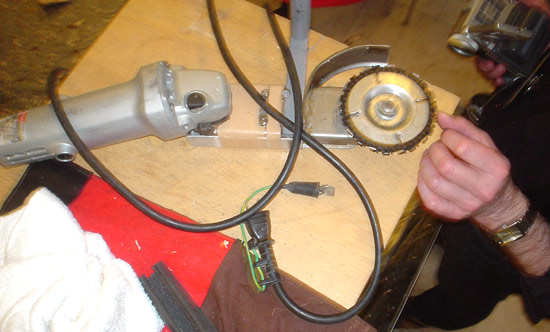 I myself have seen a few attachments that I won't use that were sold by others.
So, I'm not famous, I've been carving for about 25 years, I've never been hurt. but, there is always that chance when you are doing something dangerous.

Sorry did not read all,...but i assure u one mistake is one to many as a grafter!

grtzz from holland where he is still in love and building his a yea building......stucco that is!....it comes in coll ors....

Or I would have bought them from you. I'll make sure my next order is with you of course. Sorry dear one... you know I always try and throw business your way...

Love the Ninja Master on my die grinder... I must have missed a bit of the conversation in all the messages... it works smooth as can be.

Last used it to flatten and smooth the bottom of a zelkova that looked more like Jabba the Hut than a tree base. 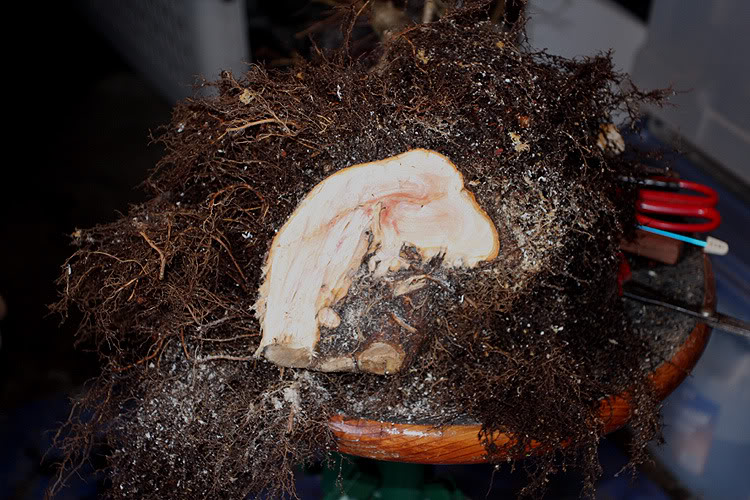 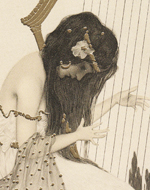 will baddeley wrote:Victrinia. It is all too easy to pic holes in static photos. I'm sure if you watched my carving tecniques you would wince at times.I think if we're all honest, there have been times when there could have been other things, not just wood chips, launched across the workshop. :affraid:A lot of my safety has come with experience and if I can pass on and bypass my bad choices to others, then I'm happy. I always have a finger or two/ knuckle against my work but try and keep the cutters I use as smooth and judder, or kick back free as possible.

I highly doubt I would wince...lol In fact it would be a pleasure. Few things delight me as much as the creation of deadwood on a tree and seeing how others accomplish it. I recently did a little hand work with some chisels, to try something new... nearly sliced myself several times...

So clearly there are some safety rules I am not aware of when it comes to working with uber sharp chisels.

I do believe I was tempting fate... working with them in my ignorance... but boy was it interesting... the way it works is so much different than rotarty tools. I wouldn't set aside my power tools... but there was something to appreciate in the non-electrical method as well... even if I did get bemused looks from my hubby. And I doubt that I would do chisel work in front of Daniel... he has way to much fun giving me grief as it is.

Thank you for your comment... I truly appreciated it.