Hello everybody,
as I claimed some time before I started something that should be easier. In garden nursery I picked several saplings of cotoneaster and buxus. I made some basic trim and put these in larger containers. This one is in 6l vessel. I am going to make it in slanting style. Final height should be up to 30cm.
When I was trying to separate three plants from each other, all the soil runned out of the root system. I was little bit concerned about it, because buxus requires putting new soil back into the root system thoroughly (I read it almost everywhere

). But it seems to be going well. My first pruning is maybe not done very lucky, but with such young piece it should be OK. I will see next year, now I will let it grow.

Because I had some issues with drying in the past, I decided use organic and inorganic 1:1 As organic part I used compound for tropical plants - as I could see mostly compost, some pieces of composted sticks and pieces of bark... OK for almost any plant. Also I added few of charcoal pieces. As inorganic compound there is some river gravel, zeolit and perlit (expanded porous vulcanic soil) in proportion 1:1:1. (You know, you can mix almost anything, so this is my choice.

)
I think that this is my first serious project. Wish me luck.

I am trying my mobile camera. Well, the photos could be better

but I think that for this presentation it is good enough. Anyway I had to reduce the size.

Getting thicker will take some time 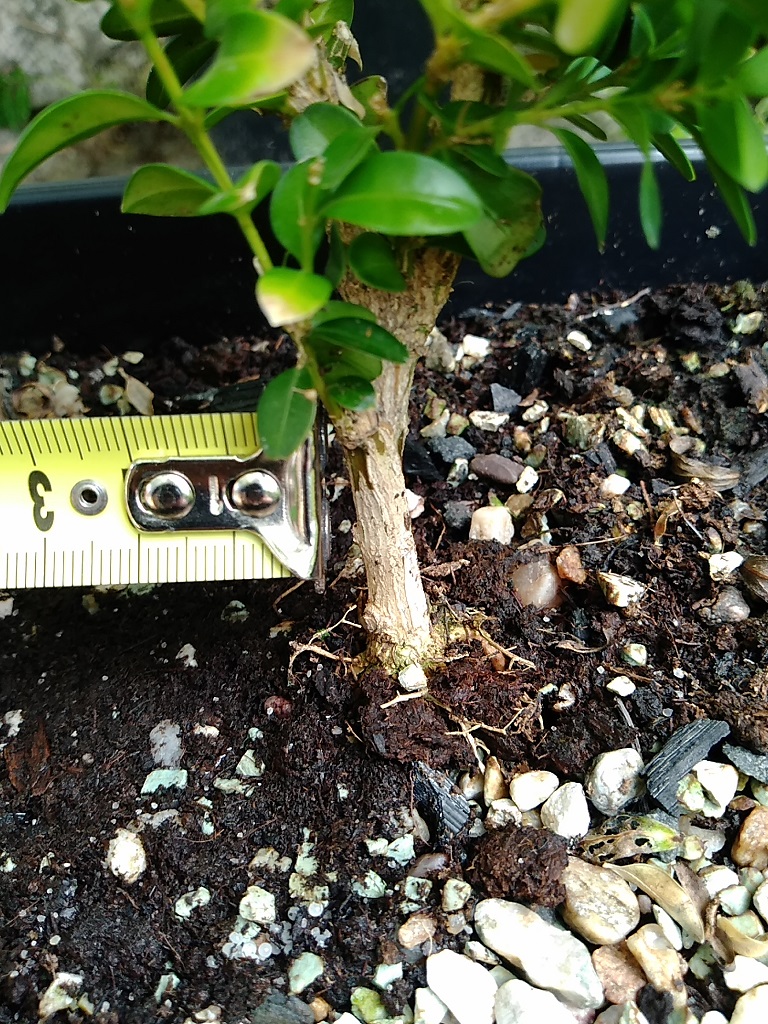 Now it is about 3 months after replanting. 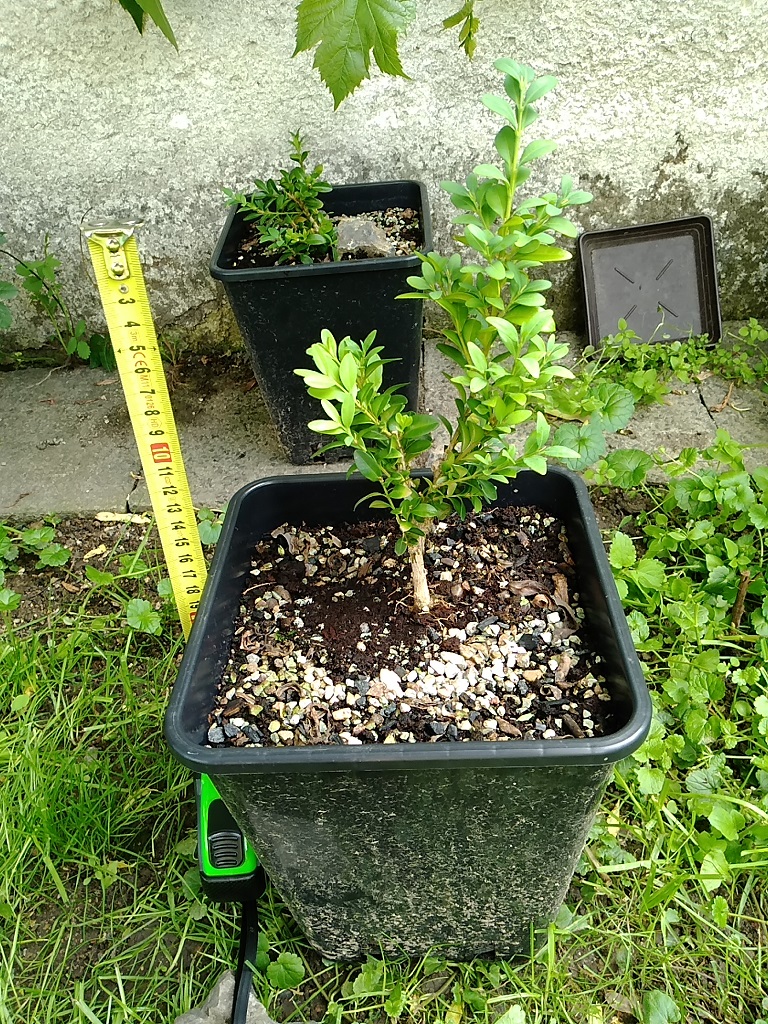 It is difficult to take some photos of branches because of these leaves!!! 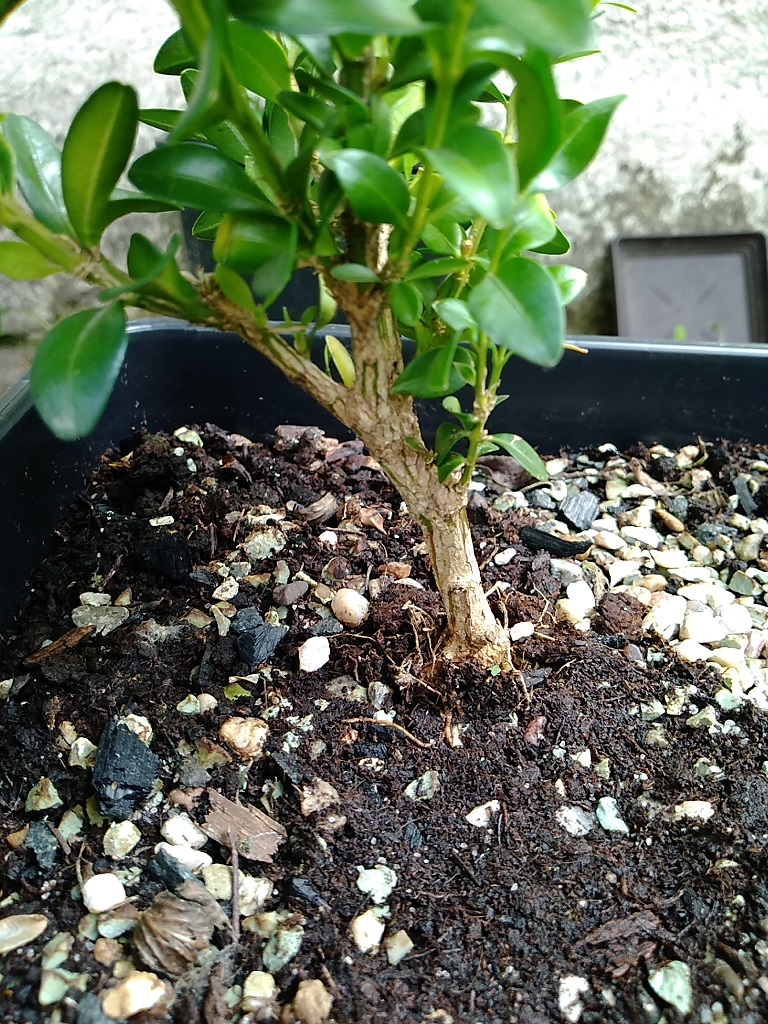