The first 2 images taken Feb. 26th, 2018. I was feeling real good last year it was full, I started training it and just wait for next year. I also repotted it after the leaves came in. Maybe that was wrong? The next 2 pictures were taken March 17th, 2019. A couple weeks ago it dropped down in 30's a few nights. I kept it in a shed at night, same one I used during the winter. As you can see the leaves deformed into a bubble shape. It looks like a poor crippled tree. I do see small leaves emerging and they sort of look normal with sharp points, but can't really tell.
I know the tree is fine and should continue its spring thing.
Can I do that technique of de-leaving it, forcing it to start over?? Or pull off a couple to see what happens?
Any other comments as to pruning and design are welcome. 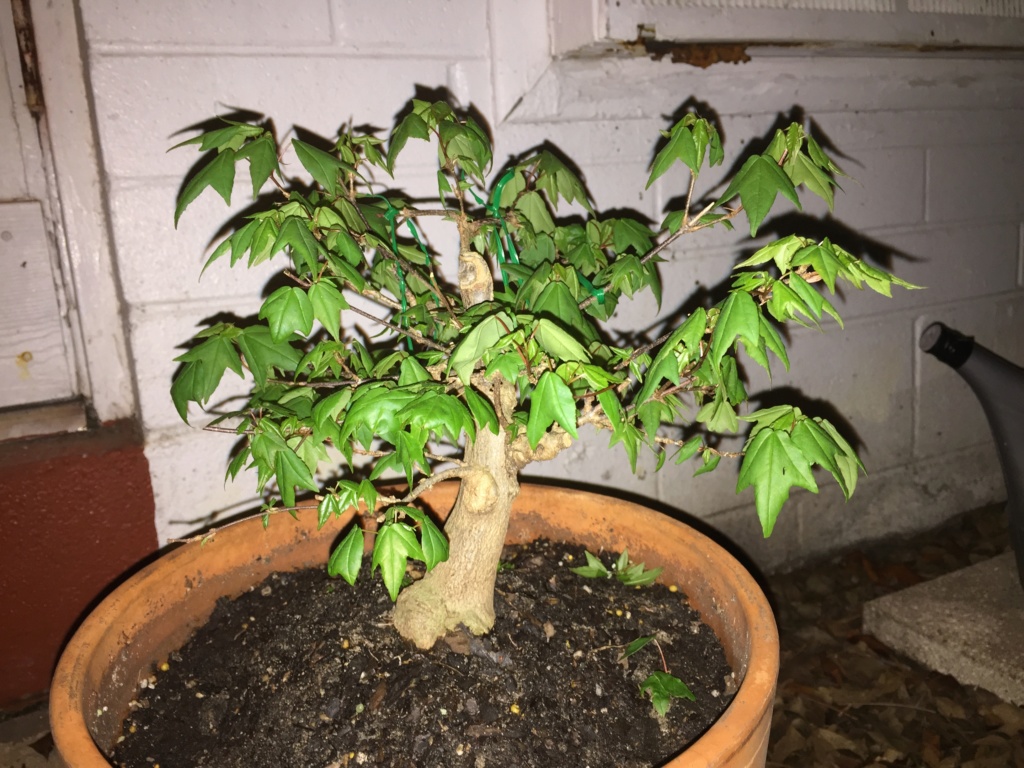 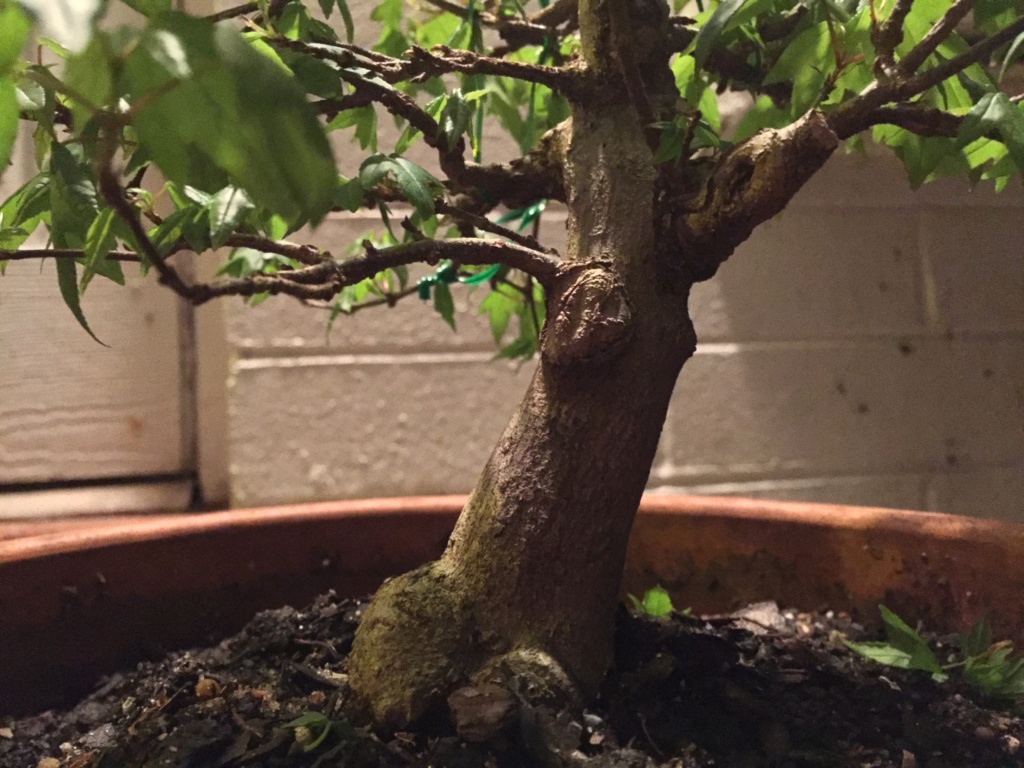 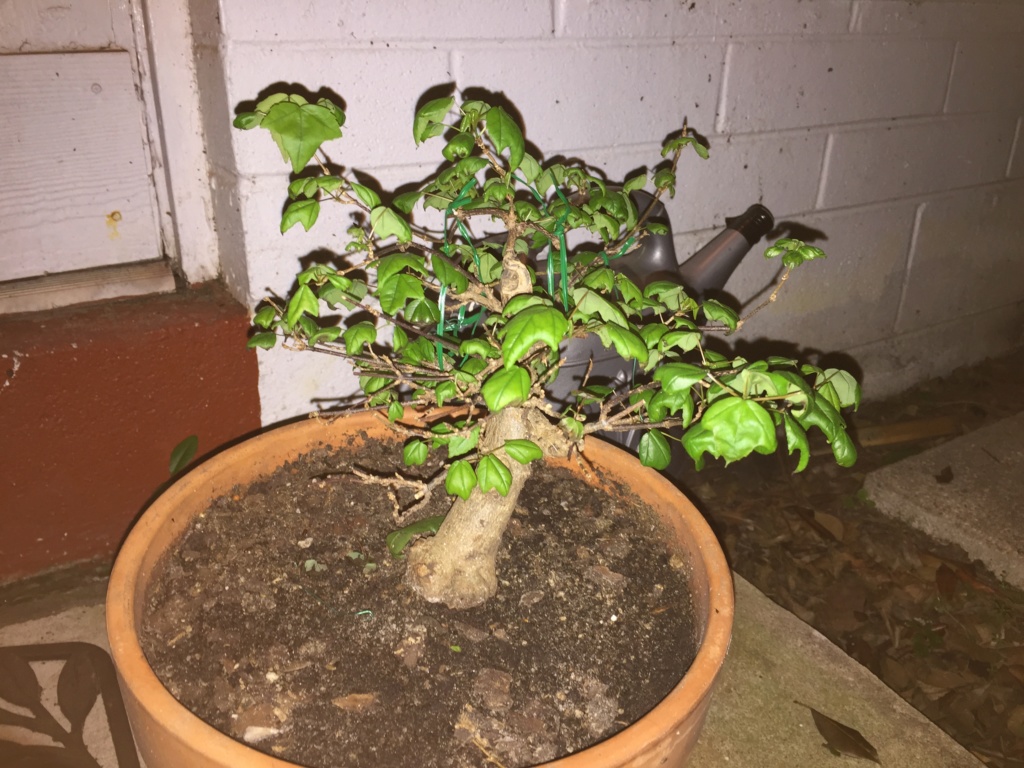 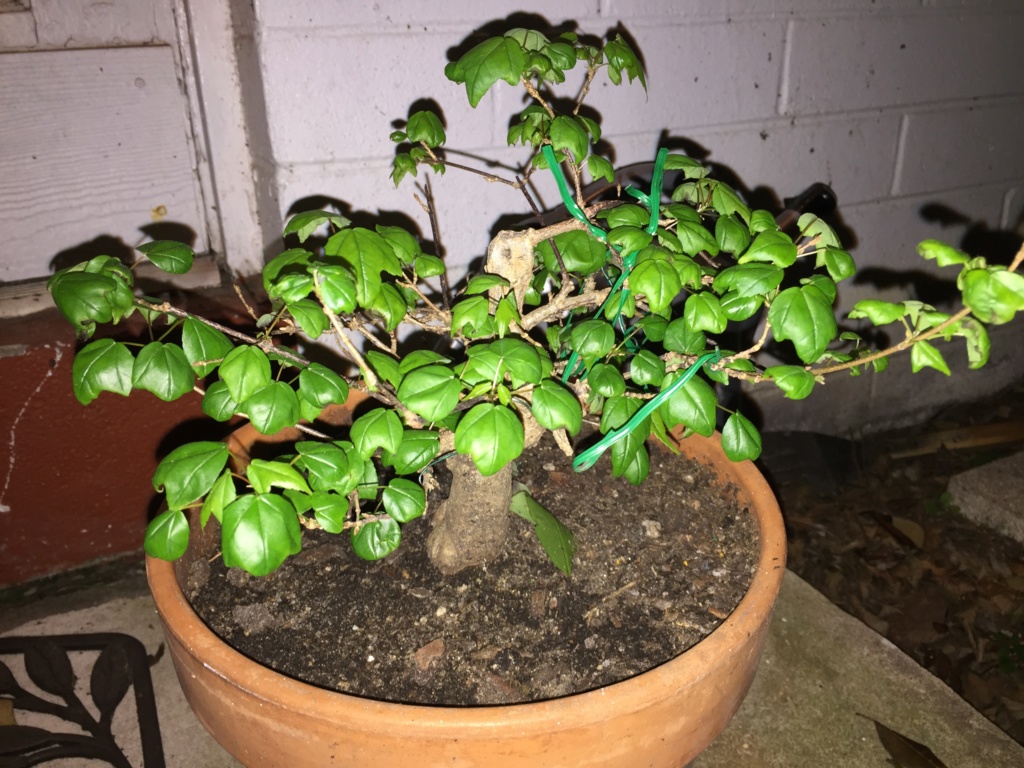 Re: Trident Maple bit by the cold. Help.

Defoliating is done only in a small window, after it has leafed-out and has set new buds in the axils, but before it is too late in the growing season for it to do it all over again: It needs a substantial part of the growing season to mature leaves and set next year's buds and store energy to inflate next year's new leaves, or else. In Michigan, that window is mid to late June.

You need this set of leaves to mature and re-store the energy back into the root system that it took to grow them. Guard it in bad weather, feed it in good weather while it is actively growing, and don't do any defoliating until the tree has nearly all of its major architectural features in-place, some years down the line. Defoliating essentially reduces growth in the year it is preformed to nearly zero. It is only done to obtain extra ramification and/or reduced leaf size at the great expense of growth and vitality as expressed as surplus energy stores in the root system. Never reduce roots and defoliate in the same growing season.

Establish the whole branch architecture to the point where all you want to do is to maintain overall size and reduce leaf size and/or increase ramification. Never do it more than once per year.