I am a brand new Bonsai enthusiast, I've been wanting to get into the art of bonsai for awhile and finally made the jump. I bought a ficus a few days ago but I don't know what species it is. Help! I'm super excited to get started.

(Hopefully I added this picture correctly) 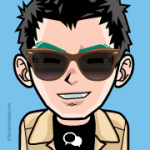 Hard to tell, because the picture is side ways, but it looks like a Tiger bark Ficu`s Benjamina . If the trunk has dark rigs on the trunk, that it, if not just Ficus Benjamina .

Sorry I just found a great book on Ficus, the name is Ficus The Exotics Bonsai, by Jerry Meislik.
The Mid-West Bonsai Club had him as a guest speaker last summer and He styled a very large and old fig tree.
The book id avertable on Sone Lantern website and also Amazon. This the best book on Ficus, and it will help your ID> your fig

Great thanks! I'll pick up that book and go from there.

Identifying your critter is going to be problematic.

There are about a billion figs, maybe more, but that's not the worst part.  The European adventurers almost always were accompanied by a botanist who named new plants he found and brought some specimens or seeds back with them.  They took the tropical plants to their Mediterranean homes and tropical colonial possessions and therein lies the rub: the Dutch, English, French, Spanish, Portuguese, Italians, et al, named their finds in their own language, usually only remotely a translation of the native's names which varied from a utilitarian name about the plant's use to something really esoteric and not understandable by Europeans.  It gets worse.  The Dutch took plants from the Caribbean and Africa to Indonesia and Indonesian plants to the Caribbean, and traded with all the other explorers.  The Portuguese, took plants from Africa to South America, etc., the Spanish, et al did the same thing.  Naturally, everybody had their own system of naming and categorizing plants, so one guy named his for important ancestors, another for functions of the plant, another for type of flower or whatever.  Carl Linnaeus was really welcome when he came along, but it was already too late.  All the plants now had names in the original native, sometimes lots of different native tongues, all of the European languages, and in the native tongue of whatever new colony they were introduced into.

And, about hundred common, non-Latin names.  If it don't come with a name tag, you're lost.