I have a question regarding my Crataegus & Trident maple

I always thought the bumps on the trunk of my Crataegus (added pic below) where a sign of age and never thought of it further. Also because new shoots were growing from these spots.

But since I found something strange in the roots of my Malus earlier and discovered it is (most likely) Crown gall, I try to pay close attention to my bonsai and their health.

After some searching I found some pictures of what is called Gall. Could anyone help me identify if the bumps are Gall, or maybe something else?

Could it be similar to the crown gall I found on my Malus. I use the same tools on my trees so maybe I have been spreading it to my other bonsai. 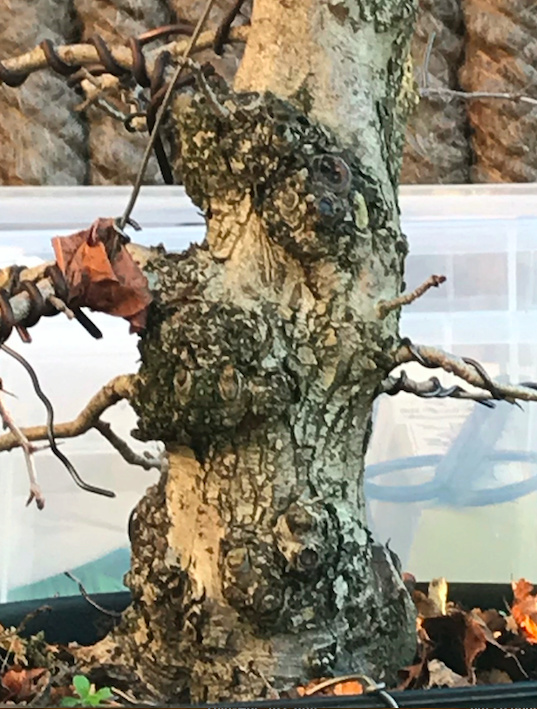 I also seem to have some bumps on my trident maple (picture below), maybe a similar cause? (mainly the left bump on the picture, which causes it to look like inverse taper a bit) 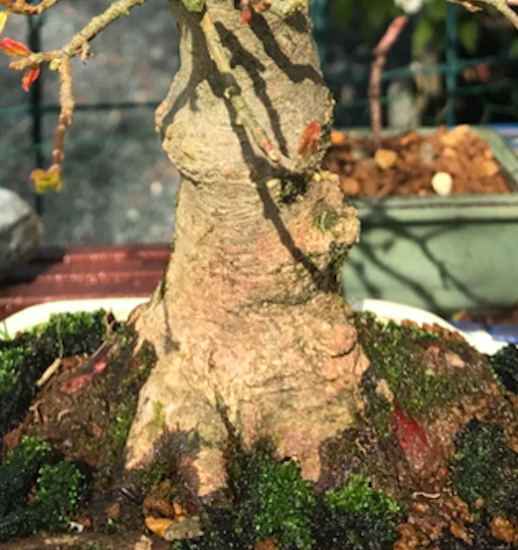 Many thanks in advance 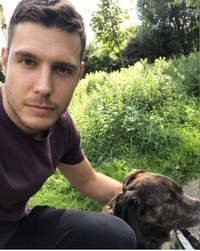 I think it's just the tree developing scar tissue in areas where small branches are continuously cut off. But what ever it's cause, it looks Great! Much more natural! Congrats :-)

I have something seemlier at the base of a Prairie Fire crabapple that I have had for 8 yrs. Last week I toke picture of the growth and am having the pictures' looked at by the plant disease department at the Chicago Botanic Garden. When I get any information back from them I will pass it along to you.
As I said the tree is a great flowering tree, and the tree is growing nicely

The growths on the hawthorn & maple look like natural burls ("bur" or "burr" in UK English) seen on full-sized forest trees. The multiple growths that occur randomly on the hawthorn add particularly well to elevating its atmosphere as an aged and weathered tree. Thanks for sharing!
_________________
... visit the U.S. National Bonsai & Penjing Museum, Washington DC USA-- http://www.bonsai-nbf.com

Hello all, thank you for the answers!