My next project a River Birch. I intend to mimic the form it's already growing in just at a significantly reduced scale and with denser tertiary development.

I need to regrow the apex. I intend to keep the main trunk, but it needs better taper.

I do not like short fat sumo styled trees. They look unnatural to my eye almost perverse. I'm looking for a formal upright slender main trunk with gradual taper.

With that in mind, how far back would you cut back the main trunk? 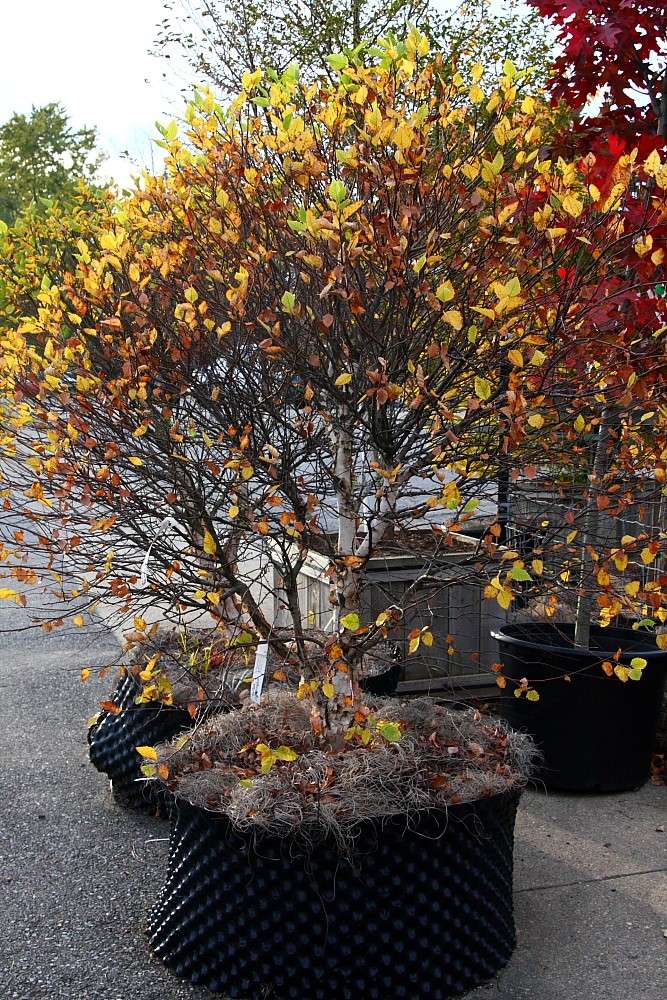 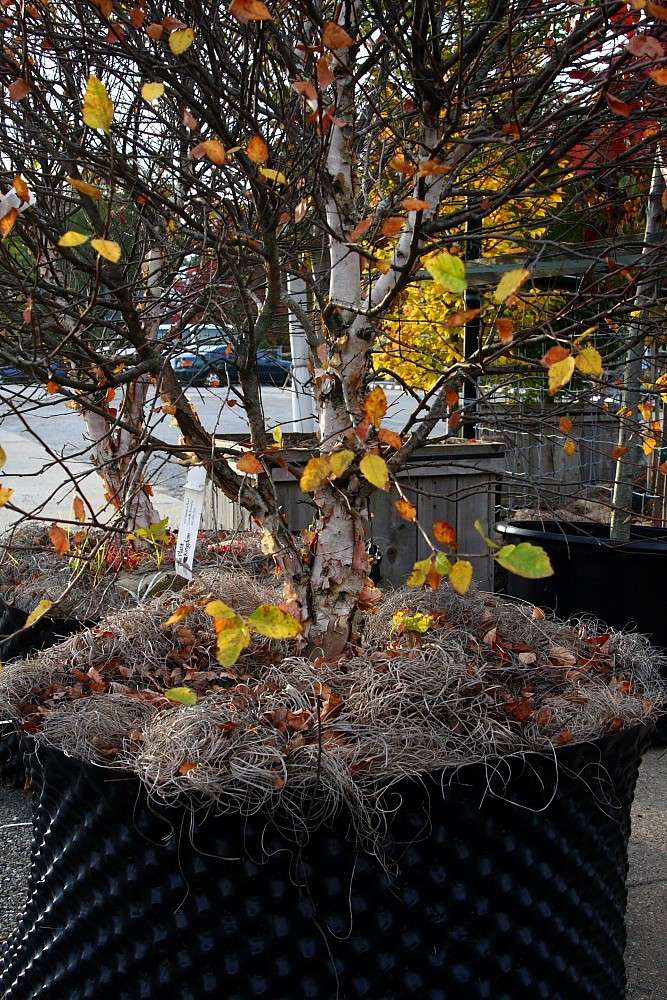 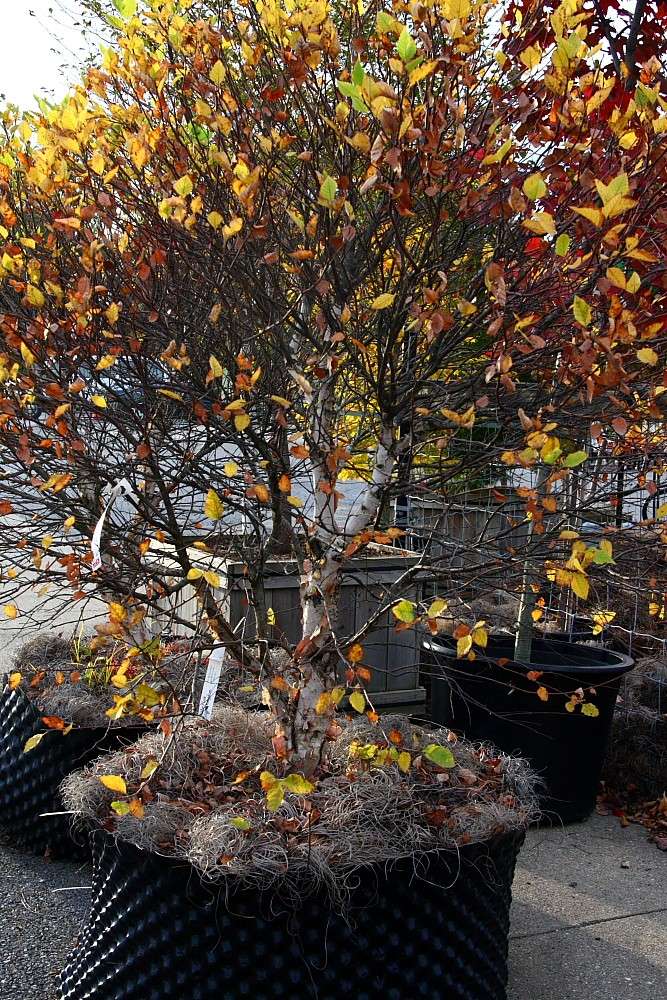 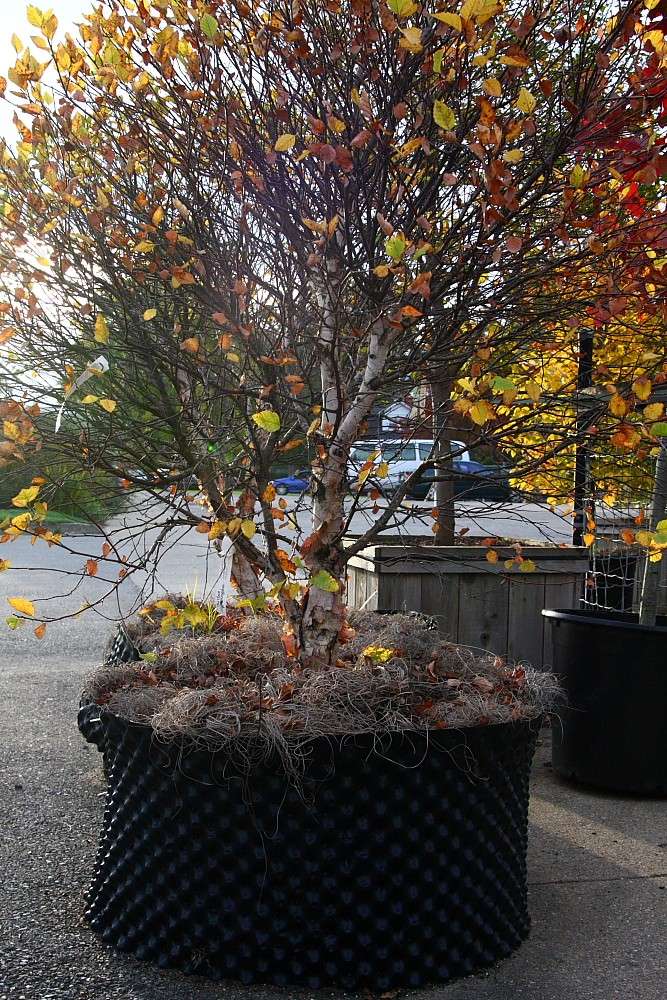 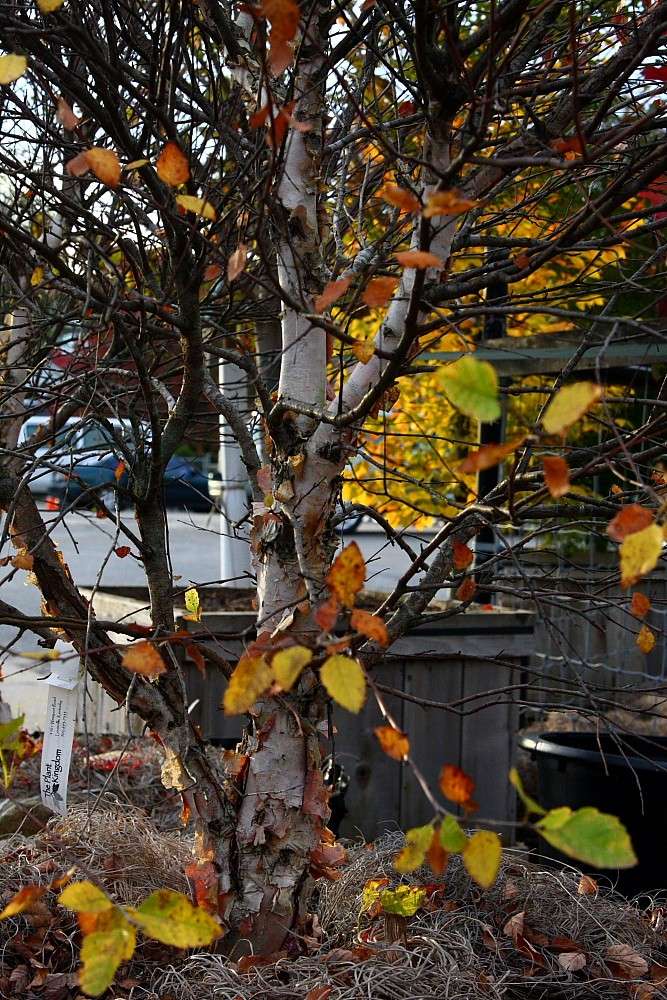 Looks to me like you have a formal upright, with good taper, directly opposite from the photo's. Cant really see where to cut as the pics are very busy. Try putting big bit of board behind. S omewhere on the trunk there will be a small shoot that can be wired up for a new top . That shoot wants to be emerging from the front of your tree so you can hide the cut. Birch in U.K. suffer a lot with dieback as bonsai. They dont compartmentalise any damage, therefore suffer heavily from fungal attacks. Hope the American variety is a lot tougher.

Actually River Birch is hardier than other birch varieties but that's relative to other varieties of the same species which may not be saying much.

I assume you mean formal upright from the back side of the pics I posted and wouldn't ya know it I deleted a few shots from the other side. I've thought the same thing but so far I'm stuck on the side I posted.

I still need to pick it up so I'll post some better back drop pics later.

The problem is the main trunk stays pretty thick all the way up so I am definitely going to have to top it somewhere. And then should I get rid of the second apex. Doesn't seem like it can work in any way.

It has a natural gently taper right now which is principally why I bought it and by feel the nebari appears to pretty well formed. And the peeling bark is very well formed.

In other words, there's not much to do but focus on growing better branching and of course getting the root base down to a pottable size. Any thoughts on doing that?

I suspect it will take a couple of seasons to do it right. Anyone have experience with birch roots? Do they handle hard pruning well, not so well?

Birch are very forgiving and will cope with heavy root reduction. Just remember, as with any roots, nice clean cuts will heal quicker. If you re grow the top in that large container, you will save a lot of time.

That looks like Spanish Moss in your pot. What does it add other than chiggers?

A better background and thinning out the foliage will help with the pictures.

Birch are relatively short-lived trees in pots.
_________________
Jim Lewis - lewisjk@windstream.net - Western NC - People, when Columbus discovered this country, it was plumb full of nuts and berries. And I'm right here to tell you the berries are just about all gone. Uncle Dave Macon, old-time country musician

I don't know Jim. The nursery put it in there. I was wondering the same thing. I suppose they want it for moisture retention, or maybe just to hide the burlap.

Jim, what are chiggers?

AKA redbugs. Be everlastingly glad you don't have them in the UK and hope they're never inadvertantly imported. An excerpt from a university fact sheet follows.

Probably no creature on earth can cause as much torment for its size than the tiny chigger. Tiny six-legged chigger larvae attack campers, picnickers, hikers, bird watchers, berry pickers, fishermen, soldiers, and homeowners in low, damp areas where vegetation is rank such as woodlands, berry patches, orchards, along lakes and streams, and even in drier places where vegetation is low such as lawns, golf courses, and parks. They are most numerous in early summer when grass, weeds and other vegetation are heaviest. Chiggers do not burrow into the skin, but insert their mouthparts in a skin pore or hair follicle. Their bites produce small, reddish welts on the skin accompanied by intense itching as irritating as acute cases of poison ivory or poison sumac. These symptoms often are the only way of learning that an outdoor area is infested since chiggers are so small that most cannot be seen without a magnifying glass. Chiggers feed on a wide variety of snakes, turtles, birds, and small mammals as well as humans.
_________________
Jim Lewis - lewisjk@windstream.net - Western NC - People, when Columbus discovered this country, it was plumb full of nuts and berries. And I'm right here to tell you the berries are just about all gone. Uncle Dave Macon, old-time country musician

Thanks Jim, they sound hellish!!!

Come to think of it I will be using a long handled rake to get rid of the spanish moss.

Cant you treat it with an insectiside first?

They're kinda like mites. It takes a LOT of poison to affect them. He's probably better off removing it with gloves or a long handled hand rake. Looks like the moss is just resting on the surface, anyway.
_________________
Jim Lewis - lewisjk@windstream.net - Western NC - People, when Columbus discovered this country, it was plumb full of nuts and berries. And I'm right here to tell you the berries are just about all gone. Uncle Dave Macon, old-time country musician

bringing up an old thread as i was looking into river birches...

beer city snake wrote:bringing up an old thread as i was looking into river birches...

michael... is this one still with you ?
if so, care to share an update ?

River birch is a terrible bonsai subject. They're native down here in the South, got popular as yard trees in the 80s, then people figured out they drop whole branches and even entire trunks (they commonly grow in multiple trunk form) without any rhyme or reason, and that was pretty much the end of their commercial appeal.

Not to discourage you or anything ....

Pretty much goes for all birches.

M. Frary wrote:  Pretty much goes for all birches.

yeah mike - i pretty much knew that about all birches... i have a feeling that branch dropping may be due to branch weight vrs collar strength which might be less of an issue in miniature...

i have a himilayan birch that i have been lucky with and is coming along very nice - but when i saw the beautiful exfoliating bark on the river birch i decided i would like to give it a try and was hoping michael might see the resurrected post...

either way, at this time of year, if i can find one at a garden center, it will be deeply discounted, so the worst that will happen is that i will lose a little money and some time.

No man,birches drop branches because that's what they do. They are very short lived trees too. They are like poplars in that they are pioneer trees. They grow fast and die young. They put nutrients in poor soil so long lived trees can populate the area. 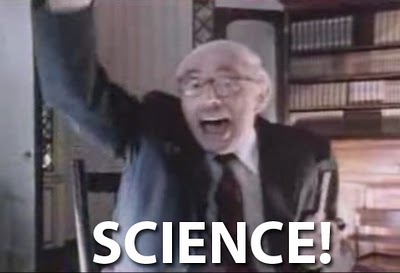 thanks mike... i did not know that.
i only got a couplafew decades left (if i am lucky) so one will still outlive me